Hello guys, I can’t believe we’re still on this but apparently we are. There was the case of MTN which Nigeria’s biggest telecom company by subscribers been asked to pay a fine of $5.2b which was about 1.4 trillion Naira which represents about one-fifth of the entire Federal budget at the time. The fine was placed on the company because of its failure to de-register some lines. But after negotiations, the fine went from $5.2b and then to $3.9b. Just when we thought the matter was nearing its end, we learned that a Judge had adjourned an out of court settlement on the issue till the 18th of this month.

But in a surprise report it was learned that MTN had paid 50 billion Naira/$251m although we cannot independently verify this. And then there came the visit of the South African President Mr. Jacob Zuma on the invitation of his Nigerian counterpart Muhammadu Buhari. Now MTN is a South African company with its largest operation in Nigeria with over 60 million subscribers. So you can understand the politics. But in a CNBC Africa interview Mr Zuma agreed that MTN didn’t follow the rules and were right to be fined. Since the fine, MTN stocks have taken a big hit as seen in the chart below; 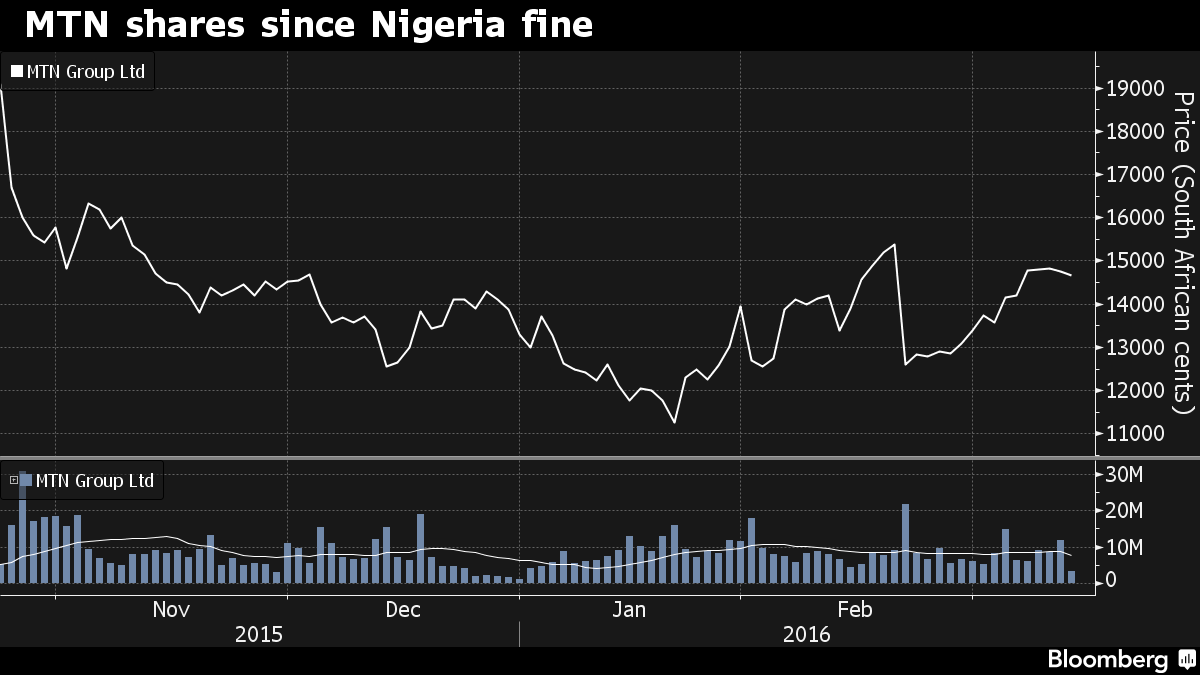