Since the last time Jay-Z(Shawn Carter) released a “diss” rap in May of last year with respect to his competitors, a lot has changed. Tidal at the time had just a little over 500,000 paying subscribers on Tidal (Jay-Z’s music streaming app) which analysts doubted at the time. But their strategy was quite clear. They had founding shareholders like Beyonce, Rihanna, Kanye West and Jay-Z himself  releasing their tracks exclusively on the streaming service. Well the result today is that they now have  0ver 25 million tracks, 85,000 music videos, 3 million subscribers and of that number, 1.3 million of them are paying subscribers. It costs an average of $19.99/6,800 Naira monthly to have access to all of the features the service has to offer.

Now, we are hearing that Tidal now owns exclusive rights to the some of the late musician Prince’s songs. This is huge as the internet has been abuzz since the late singer died on April 21. 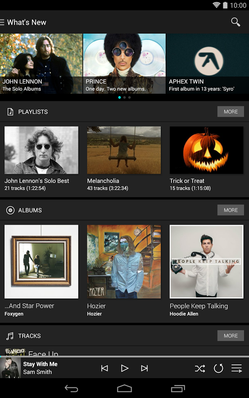 Today being the 7th, he would have been 58. Since his death, we have seen an renewed interest into his music and how he rocked his world in his hay days. This deal is huge for Jay-Z’s Tidal which could leverage on the internet buzz on Prince to get more paying subscribers.

Tidal claims it pays more royalty to artists than any of the major platforms like Spotify and Apple Music.  The late singer was not fond of any of the major streaming services according to reports.

Tidal was acquired in the first quarter of 2015 by Project Panther Ltd owned by Shawn Carter aka Jay -Z for about $56.2m/19b Naira.