WhatsApp is gradually moving from the basic app into a tool for business and other professional services. The Facebook owned app started by introducing a voice chat feature and from this, we eventually saw a free calling VoIP based feature. This didn’t stop them from integrating the app with cloud based services like Dropbox and Google Drive from which you can attach documents directly in addition to backing up your chats and to cap it up, I  recently reported that video calls may soon be a feature as well that the 1 billion users can start enjoying soon and let’s not forget the end-to-end encryption it introduced by default in all conversations . This comes as its sister Facebook Messenger app launched some of these services before it including video calls which was announced around April last year. 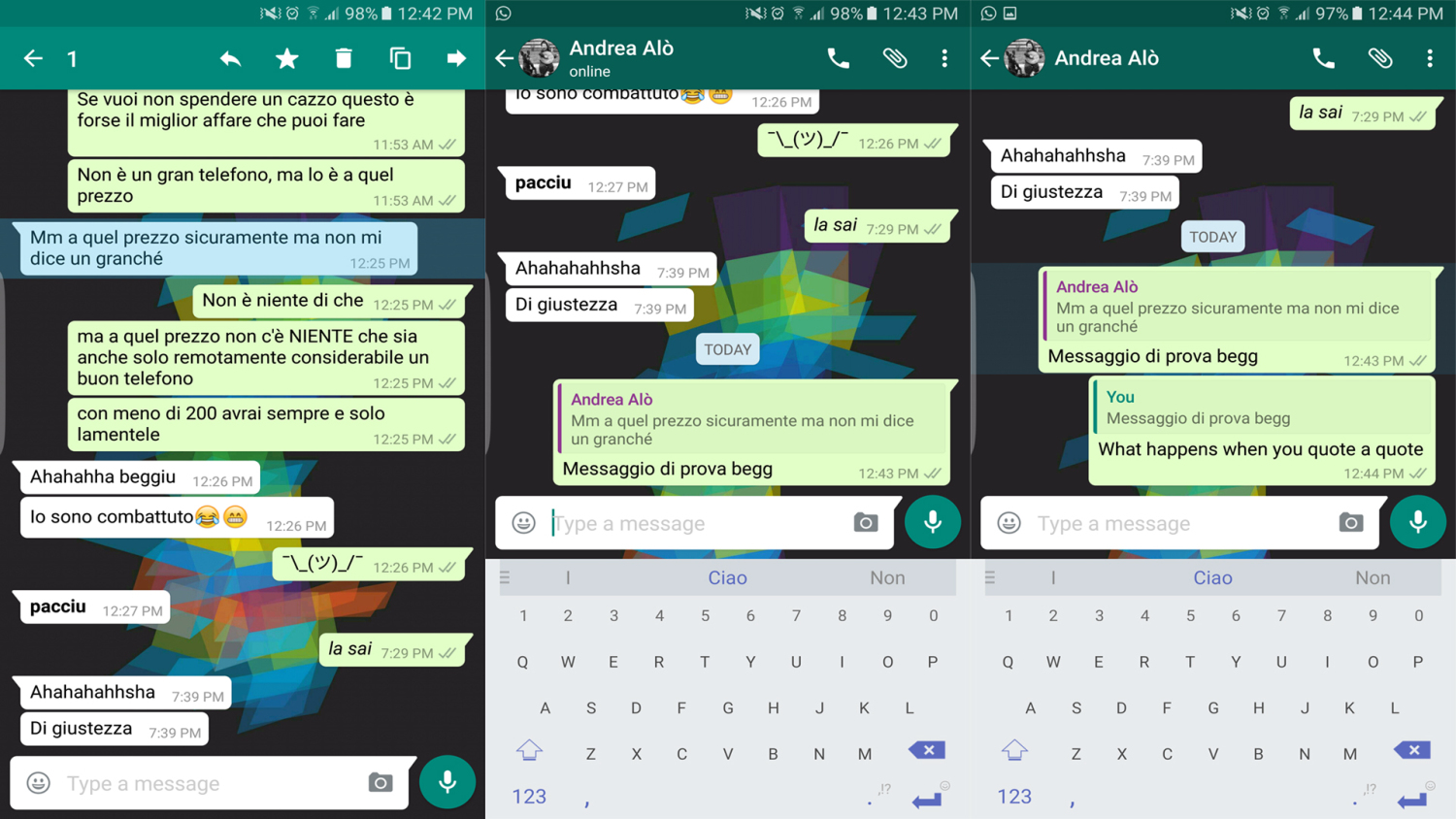 This time though, a less consequential feature you might say may be coming to the app. “It’s the  Quote” feature according to website 9to5 Google. The feature is similar to what you have in Skype conversation where you can copy a message either as a plain text or quoted text. In simple one on one chats this feature may not be very useful but in a group chat it could  come in very handy. Even in one on one chats with many messages, you could use the feature to quote someone.  It should be made clear that, however, entering the beta does not automatically enable the feature; that should put you in some sort of fast track, however its full activation is likely still being handled via a server side switch. according to to5 Google.

However, here are some WhatsApp tricks you may not know about but are also cool. Try them

Bold a chat : Add an asterisk (*) before and after the specific words or phrases e.g. *TechBooky is cool*

Italics: Add an underscore _ before and after your chosen words or phrases e.g. _TechBooky is great_

Strikethrough: Add a tilde ~ before and after the words or phrases you want to strike a line through e.g. ~I love TechBooky~