We and by that  I don’t mean aliens but humans love or in some cases hate images whether they be back and white footages of us and our loved ones. The first camera was invented by Johann Zahn when he  designed the first it back in 1685. But the first photograph was clicked by Joseph Nicephore Niepce in the year 1814. It was thousands of years back that an Iraqi scientist Ibn- al- Haytham made a mention of this kind of a device in his book, Book of Optics in 1021. Well the information I just gave you is from whoinvented.org but since that era, cameras of all sort have been made and now with smartphones, unless you are really into photography, who needs to invest so much in cameras right? It was this market that photo apps from smartphone makers explored to help users take simple images of themselves and share them from a secure storage location with friends and family. But then came an app called Instagram in 2010 to take this idea to the next level by building a 500 million user community around the idea of photos. So now you want to get seen doing what you do best? You’ve got to use Instagram which is why Facebook bought them over in the first place for a billion dollars in April of 2012.

Since the smartphone makers like Apple and Android based have also sought to make their apps more social by incorporating the social bit into their apps by now giving users the ability share photos within their own communities easily. The best example would be Google Photos which offers an “unlimited” photo storage can be shared directly on Google Plus.

But now, there’s a startup that’s now entering the social photo space. Polaroid Swing allows users to take moving photos with your phone  and thereafter creating 3D images that move as you swipe your fingers across an image. 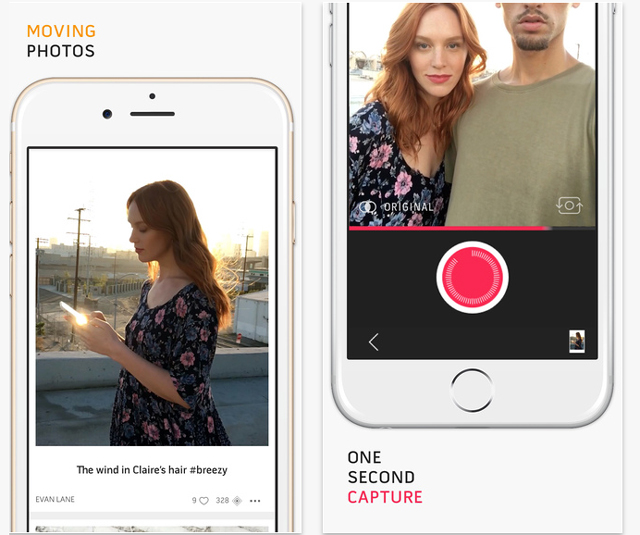 According to The Guardian which actually interviewed the British founders, the idea is based on inventor Edwin Land’s idea to  register more than 500 US patents in his lifetime – second only to Thomas Edison – and provided free cameras, film, and studio space to photographers like Ansel Adams, Mary Ellen Mark, and Andy Warhol. The result: the Polaroid Artists Collection, containing more than 16,000 photos from 120 of the world’s greatest shutterbugs…….  and in 2001, ten years after Edwin Land’s death and unable to compete with the explosion of digital cameras and one-hour-film labs, Polaroid filed for bankruptcy. A group of investors bought the company’s assets and licensed the name for use with a series of digital products. In 2008, the “new” Polaroid declared bankruptcy, and announced it would no longer make film for the cameras.

As a result, these guys wanted to respect the tradition and just like that they thought to themselves, what would Edwin Land do with modern day smartphone technology? That’s what behind this idea and we’re told they have a brilliant team including former early Flickr person.

As for how far they can survive in an already crowded market, it’s all about the brand and those who loved and are still loyal to it. In its days, Polaroid was a sensation and if you click on the attached YouTube Video, you can imagine the sensation at the time. It’s common for people to try out such new services but keeping them to use the service over time is another thing. Some big names are already interested in the company and analysts believe as get to know the app better, they’ll fall in love with it and then you can expect more funding for the company. But for now it’s all about moving pictures.

The startup is based in San Francisco and was founded by British entrepreneurs Tommy Stadlen and Frederick Blackford. The app became available this past Tuesday and is available on iOS while an Android version is in the works.

Here Are Some Technologies Used In The Budding African iGaming industry