Facebook released its second quarter earnings yesterday and earnings and revenues were up especially from adverts. Its shares though were down because investors felt it was spending way too much. The social media giant spent $2.8b/557b Naira in the same quarter and this is up by 82%. You can see the figures for yourself here

In this article though, I want to talk user base. Facebook says its user base now stands at 1.49 billion. This represents about 50% of the total number of people who use the internet. According to Internet world stats, which keeps track of the number of internet users, there are about 3 billion internet users globally. So its safe to say half of the world’s internet users are now on Facebook. 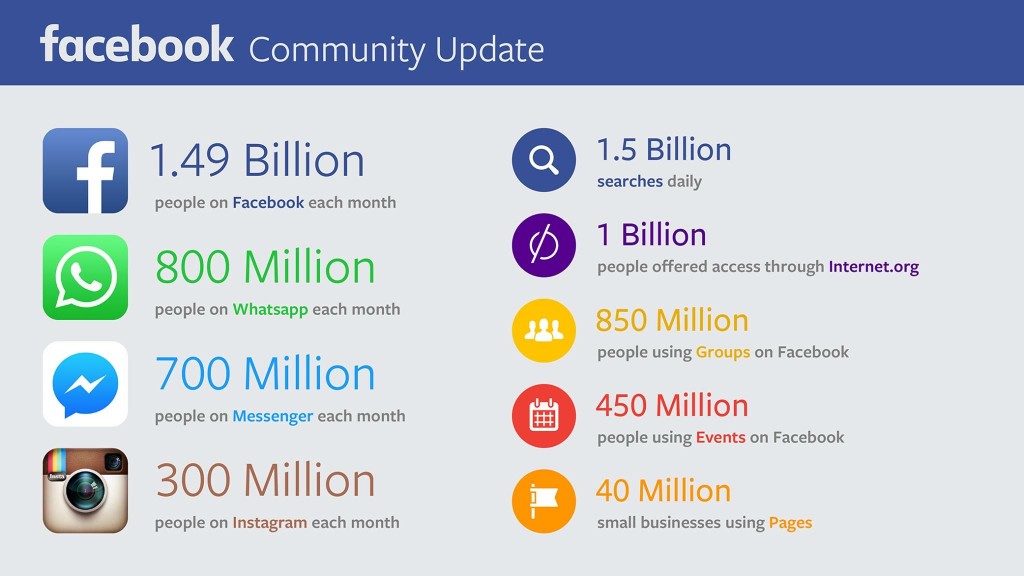 Facebook expects more revenue when it starts selling its virtual reality Oculus Rift 3D headset in the first quarter of next year. Facebook bought Oculus Rift for $2b in 2014.

The company is now investing in its fifth data centre to cater for increased use of its platform.