Home General App Facebook Messenger Now Has 1 Billion Users. See A Timeline Of the Journey To One Billion Here
Share

Facebook Messenger now has a billion users up 100 million from April. This was announced in Facebook post yesterday where it thanked users for sticking to the app in spite of a flurry of alterntive services.

“We’re grateful for all the people who are sending billions of messages every day and we hope to send 1 billion thank yous in the form of a new floating balloon gift that everyone can use to celebrate. Just send a balloon emoji to your friends to add a touch of whimsy and delight to any conversation.“

This is quite big even as another Facebook instant messaging platform; WhatsApp now has over a billion users which goes to underscore Facebook’s dominance of the social space.

But let’s look at Messenger’s road to a billion users since the service was announced just five years ago in  in 2011.

In April 2014, Facebook forced users worldwide to download the Messenger app. They did by removing the messaging feature from the Facebook app. Web users were however spared but who know what they have planned?

In October 2014, reports made rounds in the media that the social media giant was planning to bring a payment system to the app. It wasn’t until March 2015 that the feature was launched only in the US. We still don’t know when this would be available to other regions.

By November 2014, Facebook said it had reached the 500 million mark usage on the app. At this time more Facebook app users now saw that the force usage of the Messenger app was here to stay and had to start using it if they must continue to chat with their friends.

In January 2015, Facebook was reported to be planning a voice transcript launch. This feature allows users to access transcripts of voice messages sent and received. Voice translations have been launched by Google using its translate platform and Microsoft’s Skype. This feature is only available to a few user s right now so if you don’t see this feature after reading this report

In April 2015, Facebook launched video calling within the app in the a few countries including Nigeria.

In March 2015 at its F8 conference, Facebook announced plans to bring businesses into Messenger in a effort to bring businesses closer to users they server. This meant that people would be able to get personalised updates from businesses they interact with on Messenger. Again this service is not available worldwide.

By April 2016, other third party services were brought into the app. Facebook made it easier for users to access Dropbox from the app directly. Facebook is using third party services like Spotify and Uber to make its Messenger the chat choice globally and that may have contributed to why people use it at least. Even if we don’t know the number of new users joining the app, what we do know at least is that Facebook is brining your favourite service to keep old users from migrating to other platforms.

In the same month at its F8 conference for 2016, Chatbot was introduced to Messenger. Facebook has effectively opened this platform to developers to build bots that for businesses on their own or by using Facebook’s Bot building partners.

It was then revealed that  both Messenger and WhatsApp now process 60 billion messages a day compared to the 20 billion SMS processed globally a day. This figure is poised to increase even more when its Chatbots service fully comes alive and in addition, we learned that may have missed headlines is that 250 million people now use the “Save” feature on Facebook. This was all in April 2016 so you should expect the figure to have risen.

Finally, just early this month, Facebook announced that it was bringing end-to-end encryption to the app with something it called Secret Conversations. Encrypted end-to-end,  with secret conversations you’ll be able  to create one-to-one secret conversations in Messenger that will be end-to-end encrypted and which can only be read on one device of the person you’re communicating with. That means the messages are intended just for you and the other person — not anyone else, including us. Within a secret conversation, you can also choose to set a timer to control the length of time each message you send remains visible within the conversation. Since WhatsApp introduced the service in April, many suspected the service would eventually come to Facebook and in June, reports of an imminent launch was all over the place and then the following month, it was officially announced. 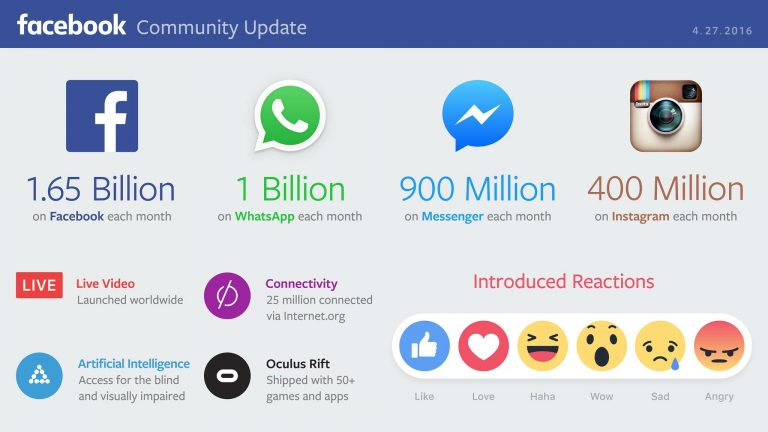 By April, Messenger had 900 million user and now in July, we have been told the number now stands at a billion. So I believe congratulations are in order for Facebook.  Just recently, they introduced Instant Articles; Facebook’s publishing tool that allows media houses host their articles on Facebook so users can load articles ten times faster than usual is coming to its Messenger app.  to Messenger

Messenger has gone beyond just an instant messaging platform to become a corporate and personal tool which you can rely on for other services like Uber and reservation related services.