Edward Snowden; the guy America wants for revealing some of their surveillance activities has told the world that he’s now doing something to check the spate of surveillance by the authorities at least on the iPhone for now. He’s designing an attachment to alert users if someone is listening in on their activities. 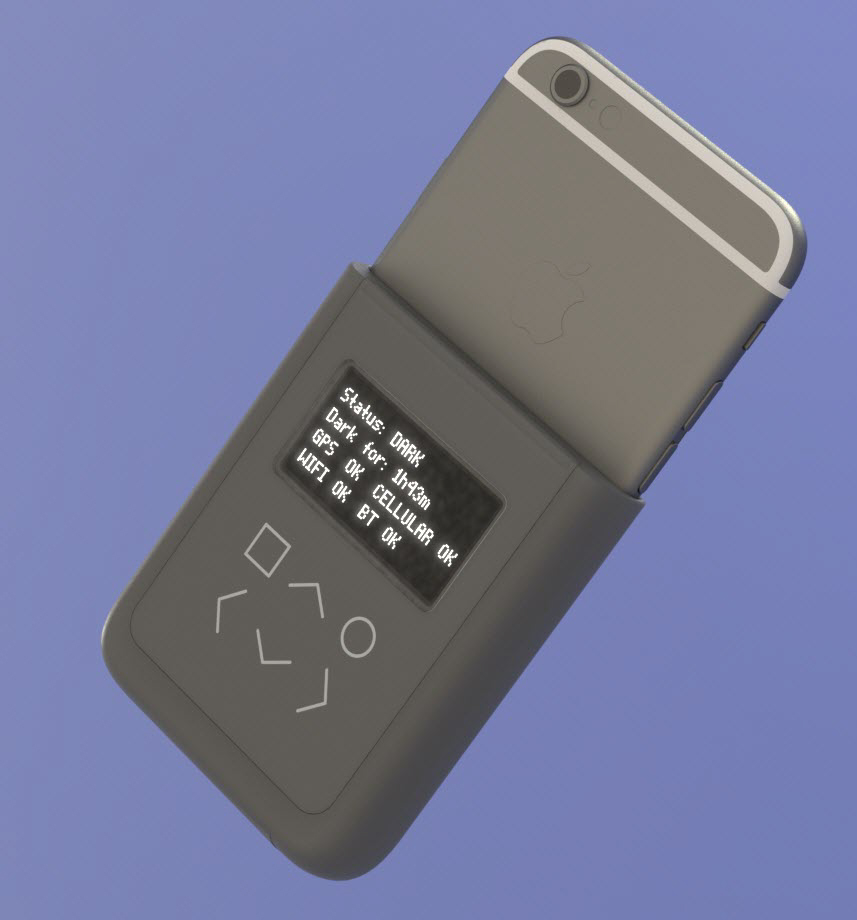 Mock up design of the proposed gadget by Snowden

As you see above, the item is like a casing that has a screen on the back that is supposed to plug into the iPhone’s SIM card slot to monitor the radio operations of your device. According to Wired, Edward Snowden who now lives in Russia isn’t alone on the project, he has a   hardware hacker Andrew “Bunnie” Huang with whom he plans to “present designs for a case-like device that wires into your iPhone’s guts to monitor the electrical signals sent to its internal antennas. The aim of that add-on, Huang and Snowden say, is to offer a constant check on whether your phone’s radios are transmitting. They say it’s an infinitely more trustworthy method of knowing your phone’s radios are off than “airplane mode,” which people have shown can be hacked and spoofed. Snowden and Huang are hoping to offer strong privacy guarantees to smartphone owners who need to shield their phones from government-funded adversaries with advanced hacking and surveillance capabilities—particularly reporters trying to carry their devices into hostile foreign countries without constantly revealing their locations.”  Not to sound as if the concept was one to rein in government surveillance completely, the article mentions threats to people working abroad especially journalists who are sometimes on a dangerous fact finding mission and with this concept which is still at the design stage, their phone  signals from Wi-Fi, PSTN (Public Switch Telephone Networks) and Bluetooth will be monitored. The result will be a corresponding alert to see if your phone receiver is active when it ought not to be especially when the receiver is on when your phone is supposed to be off. “The pair has tested their method of picking up the electrical signals sent to an iPhone 6’s antennae to verify that they can spot its different radio messages. But they have yet to even build a prototype, not to mention a product.”

Once the concept is fully developed, they intend to begin production of the product in China where it is easier to modify phones than many other places in the world.

If there’s anything we have learned lately with respect to security online though is that it is difficult to find that one stop solution as threats evolve daily. Third party solutions are sometimes not enough and that’s why you still have the likes of Mark Zuckerberg going the old fashion way of taping their laptop cameras and microphones. Before the Apple-FBI saga, who knew that a third party would be the one that the government would eventually hire to break into the iPhone 5C of a suspect. The list goes on but we are eager to see the final product when it comes to the market.

You can read the full story on Wired even as Apple hasn’t reacted to the possibility of the device becoming something people might start looking at seriously.