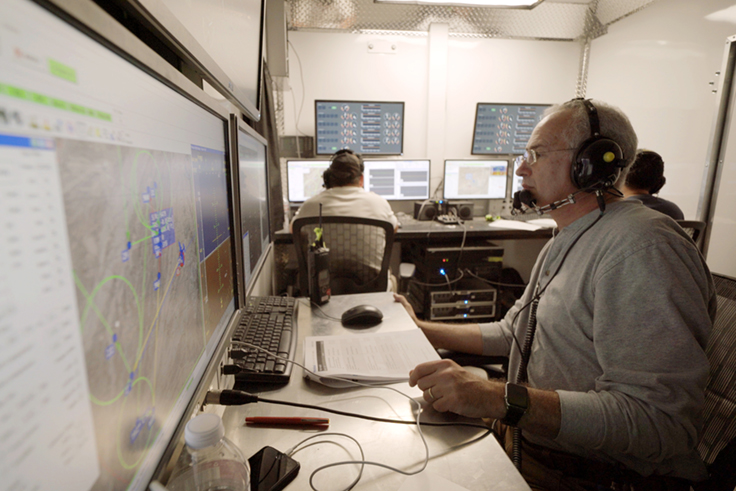 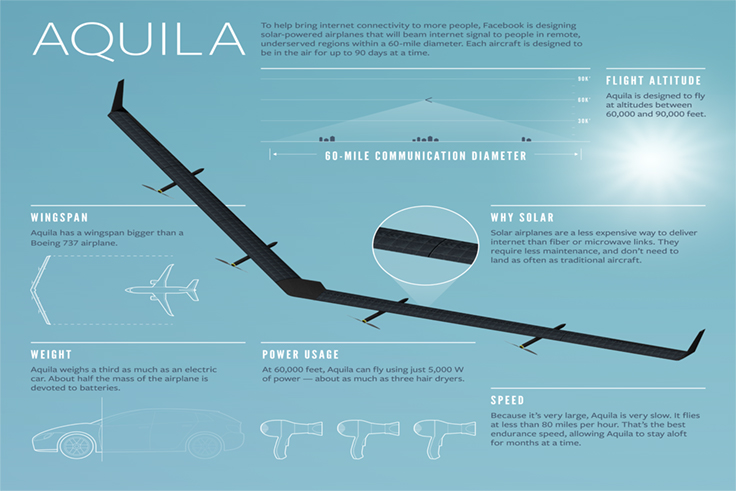 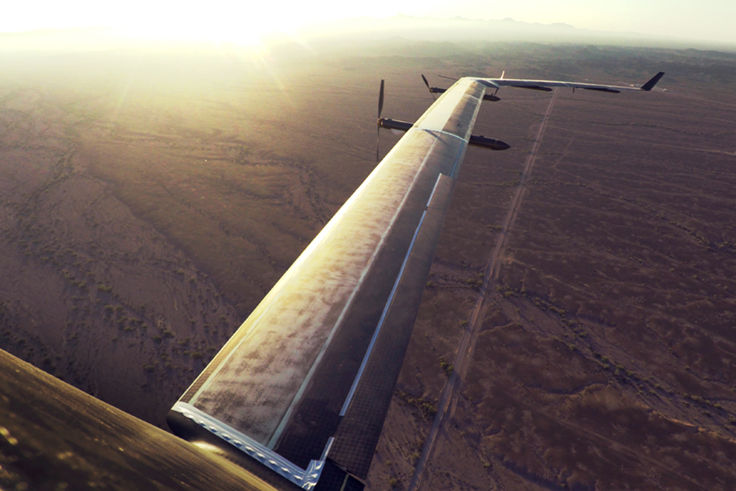 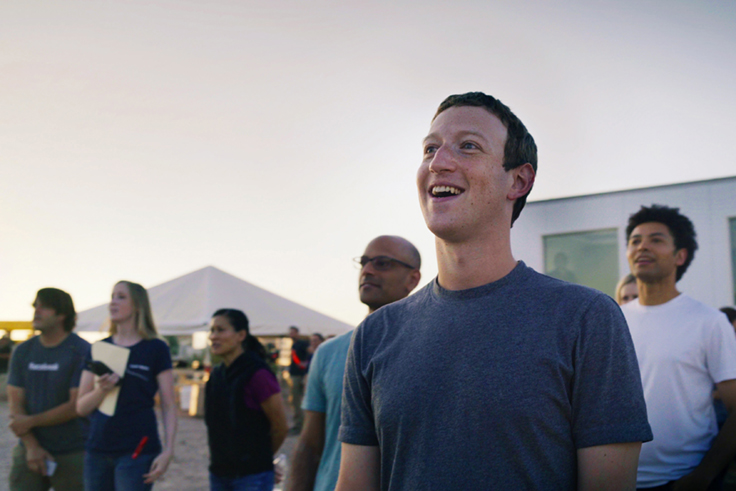 Facebook announced last week that it had completed a test flight of its solar-powered drone as part of its internet.org program to beam internet service everywhere especially the remote parts our planet.  Named Aquila, it has a wings like a commercial aircraft and was able to fly at 60,000 feet on about 5,000 watts of power for about 96 minutes.

The end game according to the post is to have several of such drones flying in future for a three month stretch while communicating with each other to deliver internet service to intended areas.

Speed which it noted that because of its size, it is only limited to speeds of about 80 miles/ 128Km per hour.

There’s also the possible challenge of battery power because this as clearly tested at a time of abundant sunshine. What happens in winter for example? It means for them to function at expected levels, much more power would need to be stored than usual.

One immediate challenge would be the cost of mass producing the current complete system and according to Facebook, “for Aquila to succeed, it needs to be an economically viable alternative to current network infrastructure. We need to develop more efficient onboard power and communication systems; ensure the aircraft are resilient to structural damage to reduce maintenance costs, and able to stay aloft for long periods of time to keep fleet numbers low; and minimize the amount of human supervision associated with their operation. We’re working with the industry on ways to accelerate the development of new technologies that can drastically change the economics of deploying internet infrastructure.”

Facebook is joining a list of tech companies that rely on clean and renewable energy for power. Facebook is also investing in a 200 Megawatt wind power project “and like its immediate predecessor, Fort Worth (Texas) will be powered by 100% renewable energy, thanks to the 200 MW of new wind energy we helped bring to the Texas grid as part of this deal.