Facebook continues to rise in revenue and profits even in the second quarter of this year. Well you may have been seeing references to big tech money in the past week or so on TechBooky and this is because it’s reporting season in the United States. This means some of our favourite tech companies are reporting. Microsoft reported upbeat earnings as a result of growth of its cloud services.

Facebook reported revenue of $6.44b/2.3tr Naira and 84 percent of that money came from adverts at $6.24b/2.2tr Naira. Facebook provided just what numbers lead to the numbers;

It was just this time last year that Facebook crossed the 1.5 billion user mark which represent about half of the entire world internet population and now it has added 200 million more to that number to make it 1.7 billion. Mobile users represented nearly 90 percent of the entire monthly active users.

With the results, Facebook is now valued at $362.7b/130tr Naira according to the chat below by USA Today. This also makes Facebook the fifth biggest company in the US by market value as of today.

With this, the company is now bigger than Exxon Mobil in the US. The obvious reason for this is the low oil price which has now affected major oil companies across the world. 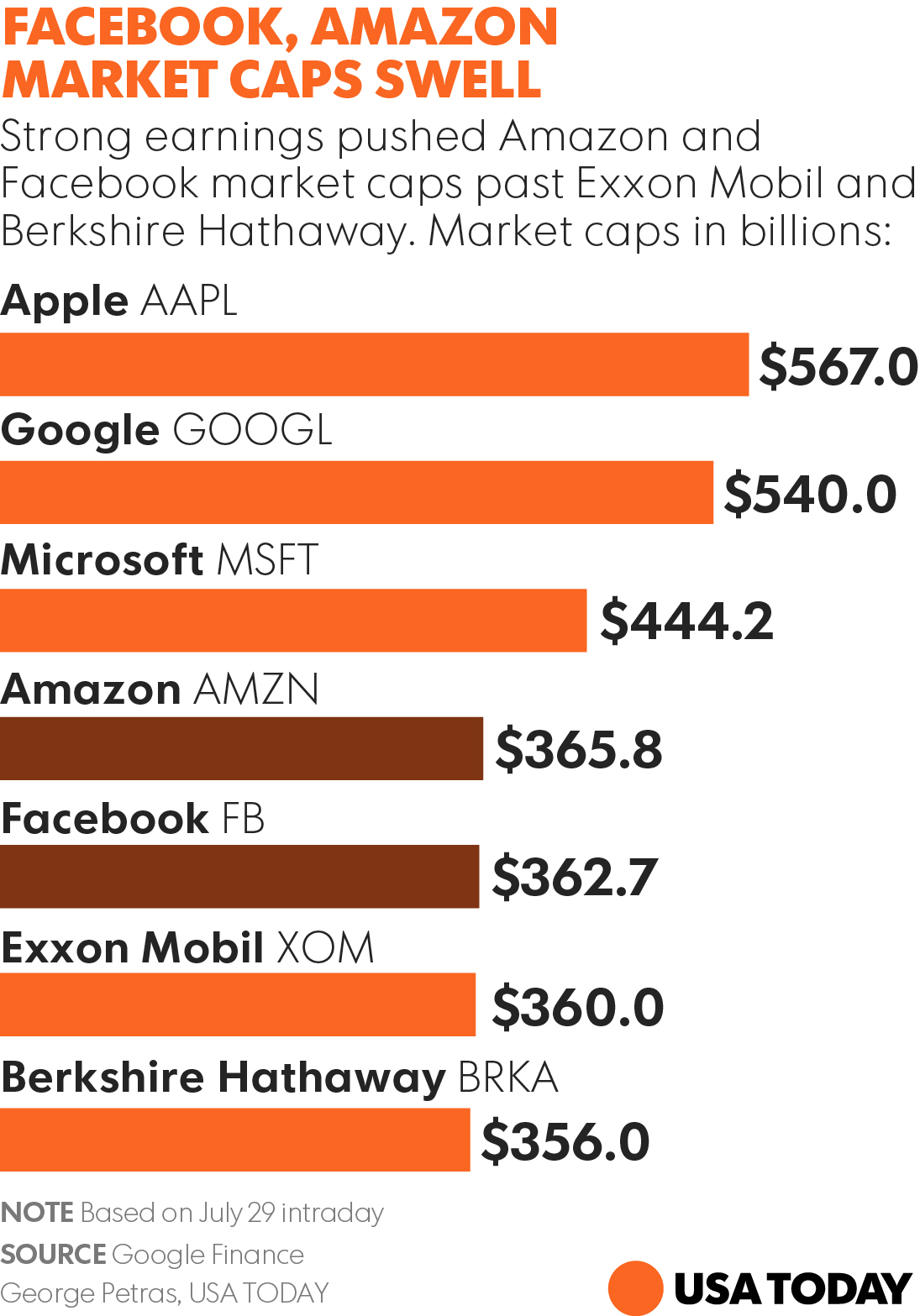