Home Security Over $70,000 Has Been Paid So Far In The WannaCry Ransomware Saga Since It Struck This Past Week
Share

A ransomware like the name implies a malware denying you access to your device for the sake of ransom and it’s not always guaranteed that after you pay the ransom that you’ll be granted access back to your device which contains your personal data of course. WannaCry is no different and has demanded that victims pay a $300 ransom to a bitcoin account and once that was established, experts and authorities alike came out to warn users against paying a ransom as they were not guaranteed access once payment is made. 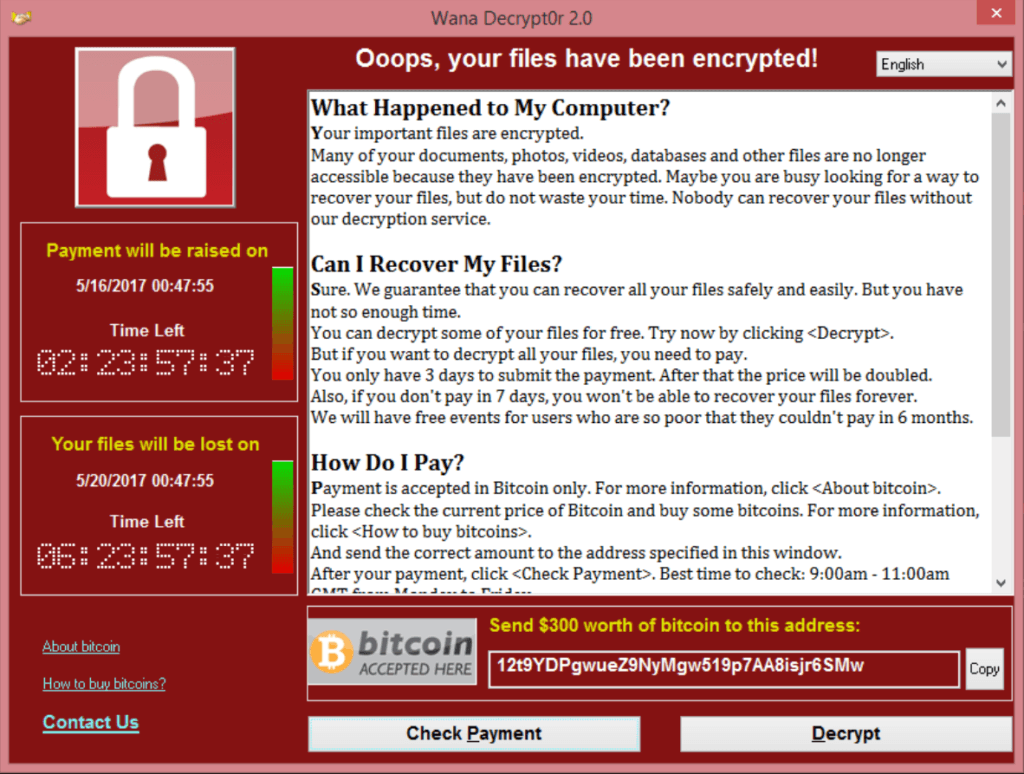 But this is easy to say if your data (personal or enterprise) is not being held by an attacker who wants you to pay them or think about a company that failed to backup their data before such an attack and this sentiment was echoed by Avast CEO Vincent Steckler this evening when he revealed in a CNN interview with Richard Quest that about $70,000 may have been paid so far and this is nothing compared to figures that say about 200,000 computers in over 150 countries may have been affected.  If everyone were to pay this ransom, these attackers would have easily made $60m just from last weekend’s attacks and this is why some would argue that users shouldn’t pay. This has a way of encouraging them to carry out similar attacks in future.

But the fact they can demand this openly and ask users to make payment using bitcoin also should start concerning authorities. The US and other western administrations have continued to maintain a hardliner position to the cryptocurrency but others like Russia, Chins and Australia have started looking at getting more involved and as the Russian government puts it, this could help in the fight against money laundry. To effectively crack down on such transactions, more sophisticated government tools are needed to  clamp down on perpetrators of this act and what better way to do this than getting involved in some way at least.