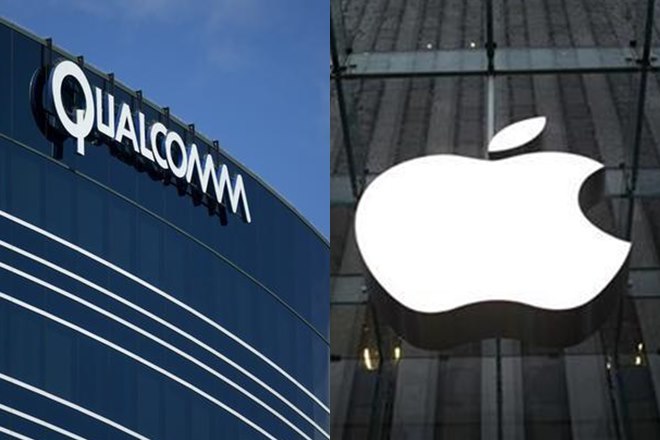 Qualcomm Inc. and Apple Inc. have over the past months, been embroiled in a legal dispute over royalty payments. Apple claimed that the chip maker overcharged them by demanding royalties on the total charge of a phone when in reality, the chip maker only provided the components used in producing the phone. This time around, it’s Qualcomm suing Apple for an alleged breach of contract.

In the latest salvo between the duo, the chip maker claims that Apple violated a software license contract in favour of rival chipmaker, Intel Corp for making broadband modems. Notably, the company started doing business with Intel after the last legal brawl and during the commencement of the production of the iPhone 7.

In a lawsuit that was filed in California state court in San Diego, Qualcomm claimed that Apple demanded access to the chipmaker’s extremely confidential software, including source code.  Accordingly, Apple used its commercial dominance to gain access, which according to Qualcomm is a breach of contract.

However, Apple refused to make any comment on this charge.

Qualcomm alleged further that under the contract both firms signed, it was required of Apple under a signed statement to ensure the Apple engineers who also worked with Qualcomm should not divulge any details about Qualcomm chips to any other firm, much less Intel, their major rival. Nevertheless, Apple has reneged on its words, seeing that it now uses Intel’s broadband modem chips.

The aggrieved chip maker backed their allegations, giving two instances. In July, Qualcomm received an email from Apple, requesting a very confidential information about how ‘its chips work on an unidentified wireless carrier’s network’. Qualcomm alleged that Apple copied an Intel engineer in the mail, making the intellectual theft case all glaring. In another case, an Apple engineer working on an Intel chip has requested a sensitive information from an Apple engineer working with Qualcomm.

Apple made it known earlier that it would end dealings with Qualcomm altogether from its iPhones and iPads from next year. Well, it’s not easy being so perfect after all. It’s likely that Qualcomm remains unbeatable in the chip-making industry.