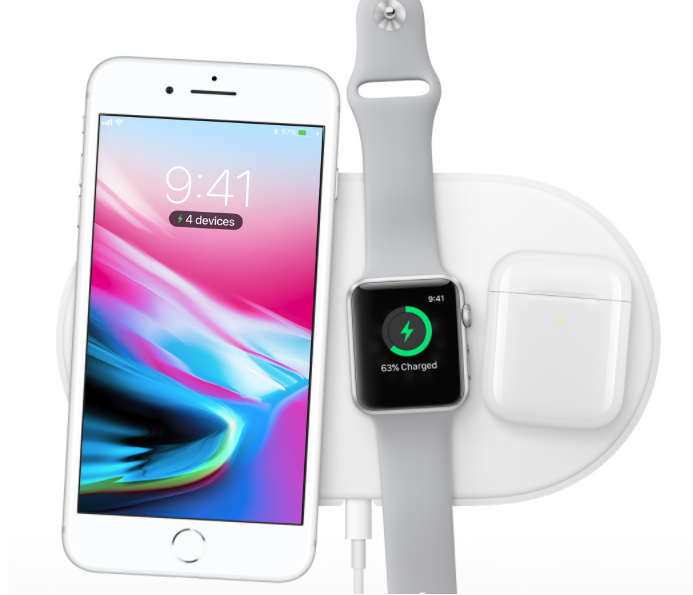 Before that, let’s review the differences between the two most popular wireless charging standards of today.

Most of today’s wireless charging devices use Qi and PMA wireless charging standards, which work by using magnets to line up a charging pad with a wide range of compatible devices and allowing electromagnetic field to power them up—called inductive or near-field charging.

The Wireless Power Consortium’s Qi (pronounced “chee”) standard is capable of charging up to a maximum distance of 40mm and comes in varying watt specifications for different mobile devices, laptops, and appliances. There are currently more handsets that are compatible with Qi, hence it being preferred by many smartphone manufacturing industries like Samsung, Sony, Blackberry, and now Apple for their latest products.

The PMA or AirFuel Alliance standard works like the Qi, except that it can track how much time you spend charging your device. Powermats are commonly found in many public wireless charging hubs all around the globe and built into tables and trays in establishments owned by big businesses like Starbucks, GM, and Delta Airlines.

Apple slowly but surely followed other brands’ footsteps in integrating wireless charging in some of their products, specifically the 2nd Apple Watch series, Airpods, and the iPhone 8, 8 Plus, and X. The company is admittedly still a little behind, since they have yet to launch a wireless charging device specifically for iPhones.

Meanwhile, iPhone users have been powering up their devices with third-party wireless charging pads and sleeves using the Qi wireless standard. Apple’s upcoming AirPower charging mat, which will reportedly be able to charge the three types of devices all at once, is also expected to come out in 2018.

But not to worry, Apple fans. Since joining the Wireless Power Consortium in February 2017, Apple seems to be creating more solid plans to make its wireless future dream come to life and coming up with innovative ways to change the way we charge our devices wirelessly.

Tech reports reveal that the company been busy filing several patents, including one that proposes a no-contact wireless charging system that would use radio signals from a Wi-Fi or cellular hotspot to supply power to devices. This means users may no longer have to place their devices on a magnetic pad at all for a charge.

Interestingly, they just might be applying this technology to a newly patented multi-purpose  “Siri dock,” which is being speculated to recognize voice commands and feature anything from a built-in sound system with a speaker and microphone jack to an interactive screen display, aside from the long-range wireless charging innovation.

The idea of charging our devices without having to let go of them definitely sounds appealing to every new generation mobile user, and it’s exactly the type of consumer-driven innovation that will keep us on the lookout for the next Apple product. Despite not being the first to explore wireless charging, it seems we can expect the tech giant to catch up in surprising and fun ways in the next couple of years.

Joan Kissler is a budding photographer, travel enthusiast, and aspiring blogger. In 2014, she quit her job as a paralegal to pursue her dream of traveling the world and creating beautiful pictures for a living, and she hasn’t looked back since. Apart from traveling and photography, Joan’s hobbies include reading mystery novels, hunting for vintage vinyl records, and watching obscure foreign language films.