Apple’s new headquarters will be called Apple Park and not Campus Two or Spaceship as we thought even though calling it Spaceship privately might not be a bad idea after you take a careful look at the building.

The new park will be open in April and is now being called the world’s biggest building with a natural ventilation. The multi-billion dollar building will house 12,000 employees over the next six months and its 1,000 seat auditorium will be called Steve Jobs Theatre in memory of the former CEO and co-founder of the world’s biggest company by market value. 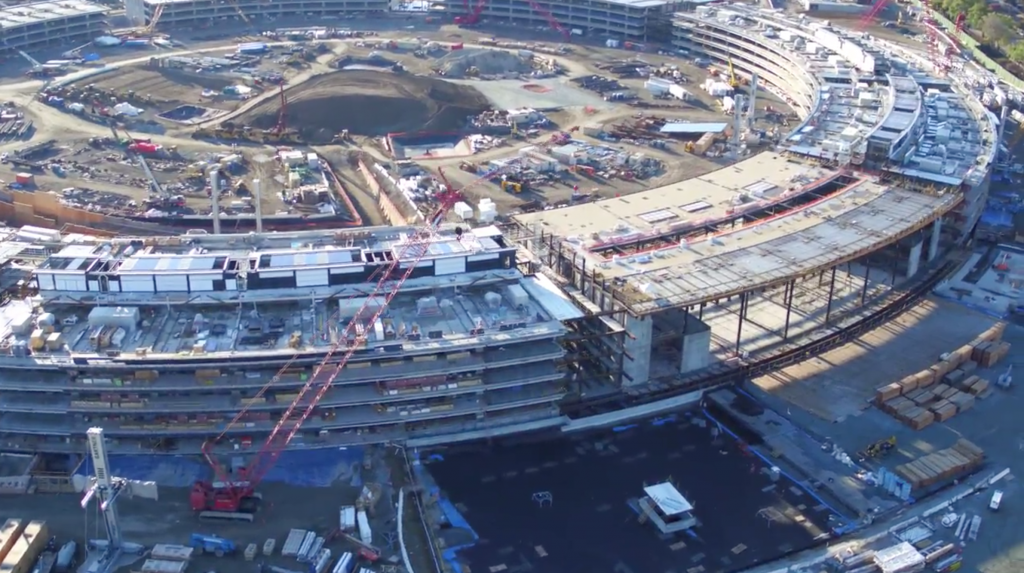 The new Apple campus under construction

But Apple does not plan to keep the fun all to itself as it plans to open its café and store to the public. The facility also features a 100,000 square foot fitness centre for Apple employees among other aesthetics like its acritical orchard and pond.