Home General App Big Updates For WhatsApp And Uber iOS 10 Users. It Has To Do With And Its Big
Share

Uber and WhatsApp both have updates. In line with Apple’s announcement to open Siri (its digital voice assistant) to developers in iOS 10, it looks like iOS (iPhone and iPad) users of WhatsApp are in for a major update.

The news is that you can now ask Siri to send messages for you instead of trying so the next time you don’t like typing or are busy, all you have to do is tell our dear Siri to do the typing for you.  Expect to see a window pop up with a preview of the message, just like has long happened with the built-in messaging app, and you can then send it off to people. 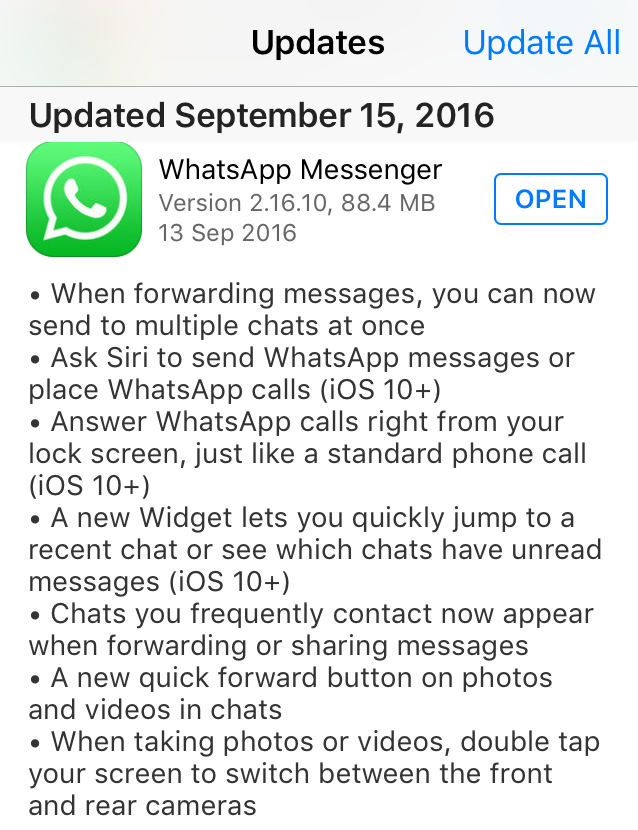 The other interesting part is that you can actually choose what messaging platform you have installed on your device to send the message through. This mean Siri will learn your default app for sending messages too and be sending messages each time you activate the service to specific people. So if a friend prefers WhatsApp instead of text message for example, once I tell Siri to send “Hello” to Ade, it already knows that it should use WhatsApp instead of the default iMessage app.

With iOS 10 giving users the ability to delete pre-installed apps like iMessage, you can now keep apps that are useful to your daily interactions although I don’t advise removing the new all designed and “cooler” iMessage app which comes with its own App Store.

WhatsApp isn’t the only service to embrace the changes that come with the iOS 10. You can now ask Siri to call you a cab in an update to the Uber app on iOS too. It doesn’t end there, you will now be able to book a ride from you Apple Map app under the Ride tab. 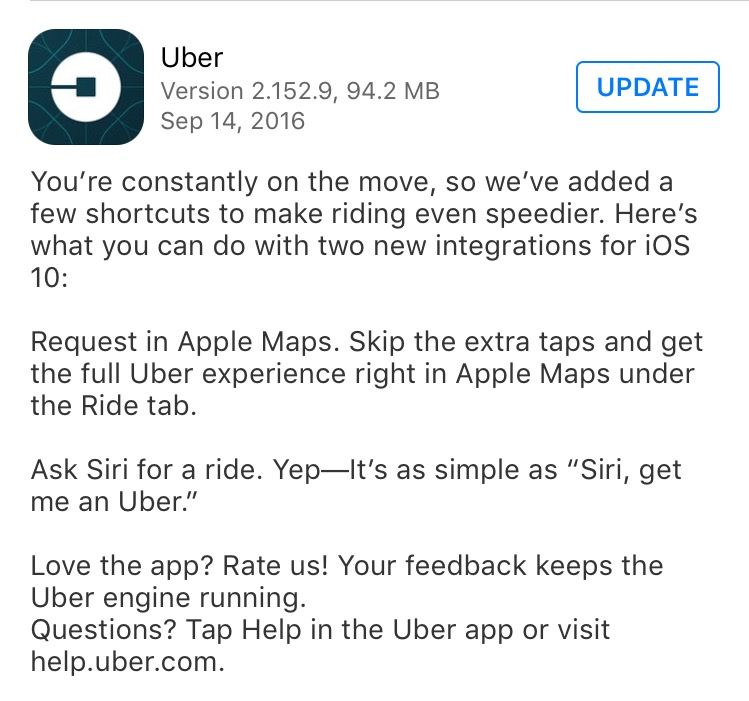 So far it looks like companies seem to be happy with the idea of Apple opening its apps to developers.

You can also book Uber rides from Google Maps too.