The European Commission says Amazon received “undue tax benefits” from the Luxembourg government and what this means is that Amazon has to pay $300m/€250 back. Well it’s more like the European authorities telling the government of a member state to collect back the money from a private company because it inappropriately gave them tax benefits.

“Luxembourg gave illegal tax benefits to Amazon. As a result, almost three quarters of Amazon’s profits were not taxed. In other words, Amazon was allowed to pay four times less tax than other local companies subject to the same national tax rules. This is illegal under EU State aid rules. Member States cannot give selective tax benefits to multinational groups that are not available to others.”

The investigation which began in 2014 says that Luxembourg may have given Amazon preferential treatment and that it wasn’t justified.

Amazon though has since responded by saying it doesn’t believe it was given such a treatment and that it has always paid its taxes in accordance to the law. A spokesperson for the retail giant says;

“We will study the Commission’s ruling and consider our legal options, including an appeal. Our 50,000 employees across Europe remain heads-down focused on serving our customers and the hundreds of thousands of small businesses who work with us.” 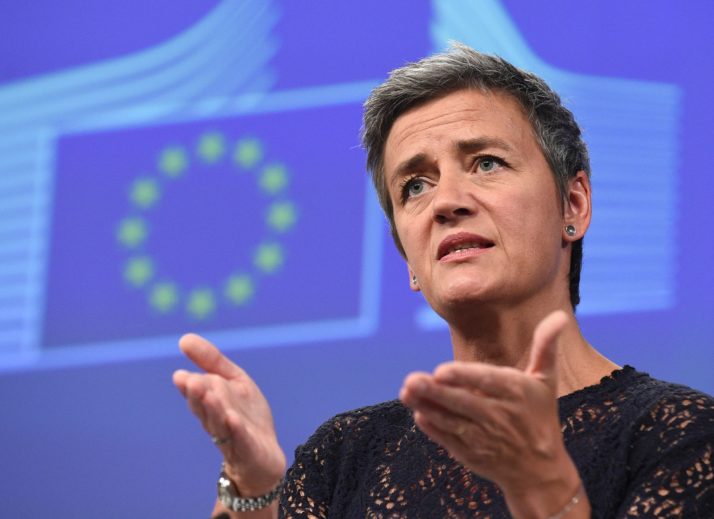 This isn’t the first time an American tech giant would be getting fined in Europe. The most recent was Google which was slammed with a $2.7b fine for “anti-trust” practises back in July. They said Google used it might to relegate the links of its competitors and now they are currently working to have that ruling thrown out.

Perhaps Apple’s case is more significant in that it was ordered by the same commission to pay back $14b that it says was wrongly given to them by the Irish authorities. The matter bordered on what the European Commission says was an illegal tax benefit but it’s not only Apple that’s fighting the ruling in this case, the government of Ireland also says Apple hasn’t done anything wrong.

The Commission has this year asked Facebook to pay a €110m fine because it misled it in the acquisition of WhatsApp back in 2014.

McDonald’s is also under investigation for tax issues in Luxembourg by the European Commission and now it would seem that the Commissioner for Competition, Margrethe Vestager has so far gone after American tech companies even though she has denied that they have deliberately gone after US firms.

But successive American governments have asked big companies to bring their money back to the US because the move to set up European headquarters in Ireland for example are all part of tax tactics and whether these things are legal or not remains a debate.