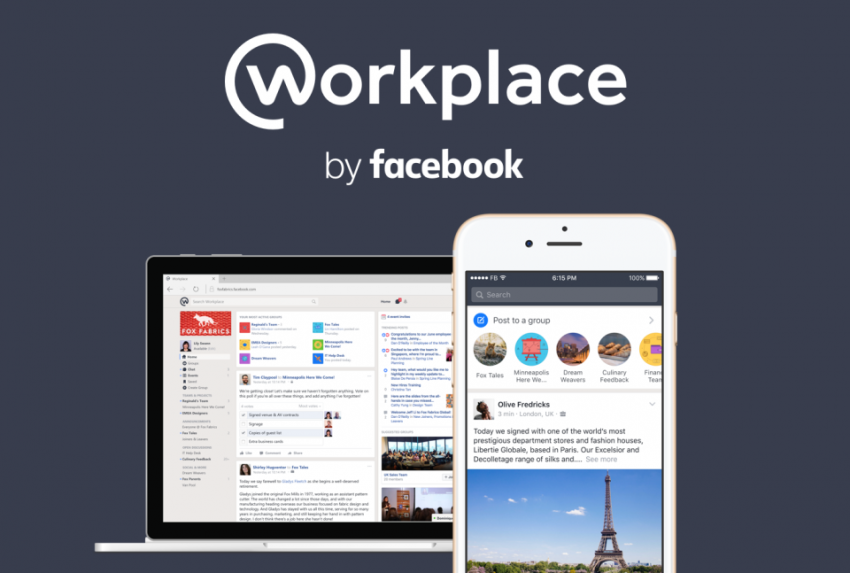 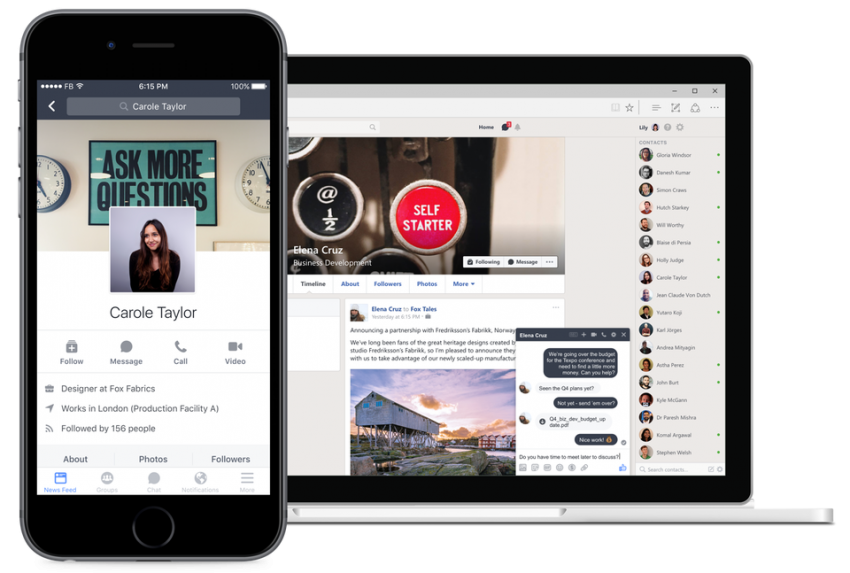 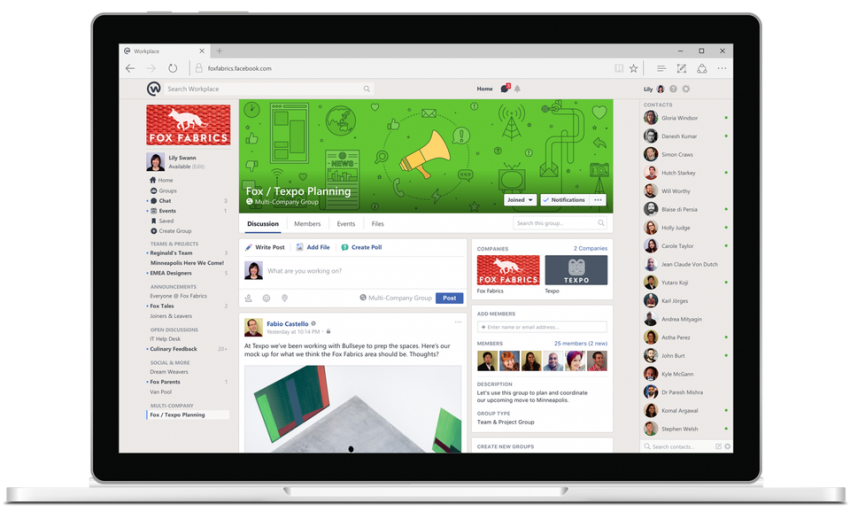 Facebook has been testing what used to be known as “Facebook At Work” over the past 18 months with organisations like the Royal Bank of Scotland, they have now renamed it and open it to all organisations.

Now called Facebook Workplace, there are now about 1,000 businesses using it. In a blog post yesterday, they said whether it’s basic infrastructure such as News Feed, or the ability to create and share in Groups or via chat, or useful features such as Live, Reactions, Search and Trending posts.

Through a dedicated News Feed, you can go Live to prompt your colleagues around the world about what’s going on and even create work groups for brainstorming or carry out presentations altogether.

Facebook is leveraging on the fact that big brands like Starbucks and Booking.com are already signed up to Workplace to bring the service to just about any business in a move that would bring it in direct competition with brands like Slack and even Salesforce.  There are now 100, 000 groups on Workplace and with the announcement that they would launch with something called Workplace Partner Program, you can expect more of such groups to be created in future. Workplace Partner Program allows consulting firms like Deloitte, Akintola Williams and Philips consulting in Nigeria to set up their clients on Facebook Workplace by giving them the necessary tools to do just this. In Facebook’s words, this means that companies will have more ways to access Workplace — by working with our teams directly or via our approved and trained partners.

There is also the multi-company group feature which allows organisations interact with each other on Facebook. This will come at a later time though.

On the pricing side, it comes with a three month trial period after which organisations will be charged $3 per person for the first 1,000 users, and will reduce to $2 for up to 10,000 users and $1 each for organisations with more than 10,000 employees/users. These prices are based on monthly active users (MAU) which means employees are required to use the service at least once every month.

With this pricing model, Facebook is betting that more companies will eventually use the services even as it takes on services like Slack which offer slightly more in pricing. Here’s what you get on some other competitor platforms; Convo ($9/month), Salesforce Chatter ($15/month), and Microsoft’s Yammer ($3-$24/month).

Facebook is now seeking to use this service to diversify its revenue base from just advertising which currently represents about 84 percent of their total revenue in the second quarter of this year.

Facebook has been focusing on enterprise solutions for some time now. Earlier this year, it opened its chatbot service to developers and businesses to connect with customers even as bots attempt to take over from apps in the near future.