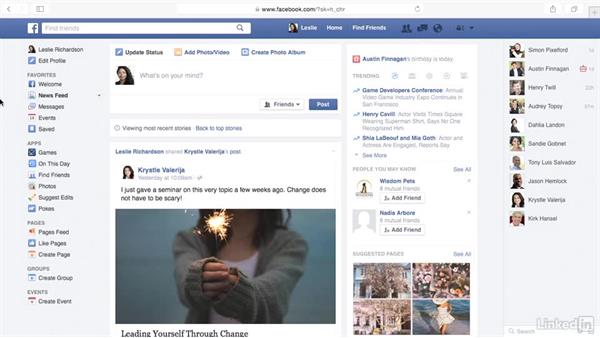 Over the years, Facebook has increased in users from millions and now billions of people globally and therefore ventured to make the app not solely for pictures and meeting new people but also for commercial business and advertising. This has grown very popular with business minded people and ventures on the network creating business pages and user customers swarming to patronise.

With this development, Facebook said in a statement on Monday that it was putting the idea of separating its news feed into two areas, that is dividing commercial posts from personal news and this idea when implemented could lead some businesses to increase advertising. The extent of the impact of the Facebook news feed cannot be over emphasised, it’s the largest centerpiece of the world’s social media services with millions of users viewing millions of feeds daily–photos of themselves, friends, family members , commercial posts and material from celebrities and life pages the user has liked.

Facebook has proceeded to test the idea in some countries and Facebook in those countries now offers two news feeds, according to a statement released by the company “one feed focused on friends and family and a second dedicated to the pages that the user prefer.

The change could force those who run pages, everyone from news outlets to musicians to sports teams, to pay to run advertisements if they want to be seen in the feed that is for friends and family. The test is taking place in Bolivia, Cambodia, Guatemala, Serbia, Slovakia and Sri Lanka, and it will likely go on for months, Adam Mosseri” the Facebook executive in charge of the News Feed, said in a blog post.

Mosseri also added that the company has no plans for a global test of the two separate feeds for its 2 billion users. Facebook also does not currently plan to force commercial pages “to pay for all their distribution,” he said. This would likely cause some controversy in developing countries as they might see Facebook as a rip off.

Any major or minor change Facebook make on the app is always tested in their base at Menlo Park California as it aims to maximise the time people spend scrolling and browsing the network.

The status of the changes they make depends highly on opinions of the users, Sometimes it makes changes permanent, and other times not, Depending on how people responses to the particular status post.

Two News Feeds could mean that users see fewer links to news stories. News has proved to be a tricky area for Facebook, as hoaxes and false news stories have sometimes spread easily on the network creating controversy. The test has already affected website traffic for smaller media outlets in recent days, Slovakian journalist Filip Struhárik wrote over the weekend in a post on Medium.

Publishers might need to buy more Facebook ads to be seen, he wrote: “If you want your Facebook page posts to be seen in old newsfeed, you have to pay.” the statement may seem biased and more likely affect commercial posters positive but may appear not cost-friendly.