Firefox Send which was first announced back in 2017 has come out of beta and is now a service available to the public. The encrypted file sharing service from Mozilla will now allow users by default upload up to 1GB of files.  The cross browser service enables you to send download links that are set to consequently lapse or expire after a specific timeframe, or after a set number of individuals have downloaded them. An extra layer of security which allows you to set a password for a particular recipient is part of what Mozilla says makes the service secure. 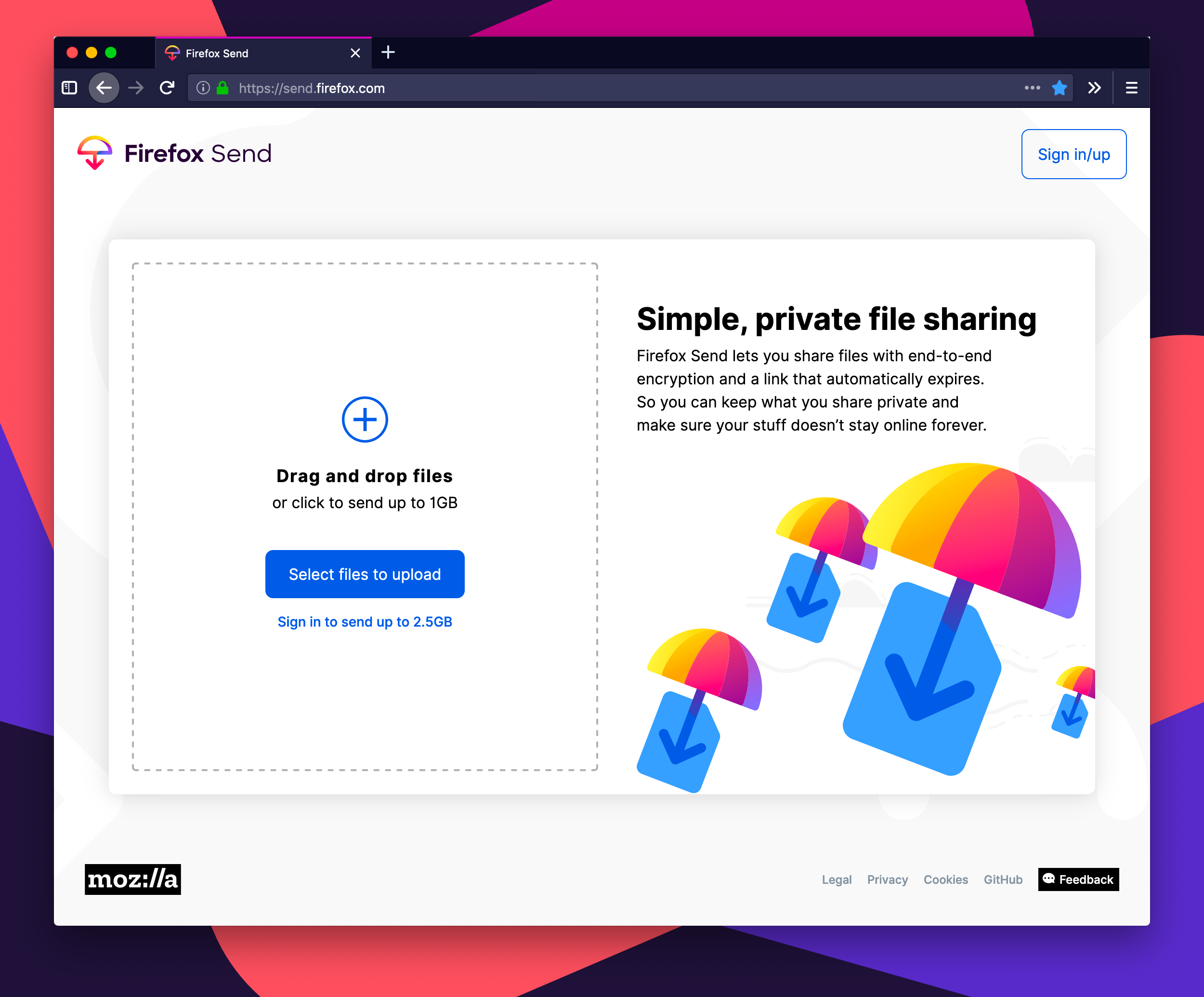 This according to Mozilla improves Firefox Send and makes it a top choice sharing service for people who want to communicate on the internet securely. Notwithstanding, setting limits on the quantity of downloads won’t keep individuals from having the capacity to make duplicates after they’ve been downloaded which why the sender still needs to exercise some kind of discretion when sending sensitive files.

Not at all like the layered frameworks offered by any semblance of Dropbox and WeTransfer, which let you pay for more storage, Firefox Send just comes with a free alternative. Obviously, that implies that you can’t pay for more storage as other rival services (even though it’s not clear if this would happen at some point in future). The other advantage this brings is that it’s not tied to any operating system and this makes it a true cross browser service unlike Google Drive on Android and OneDrive on Windows. 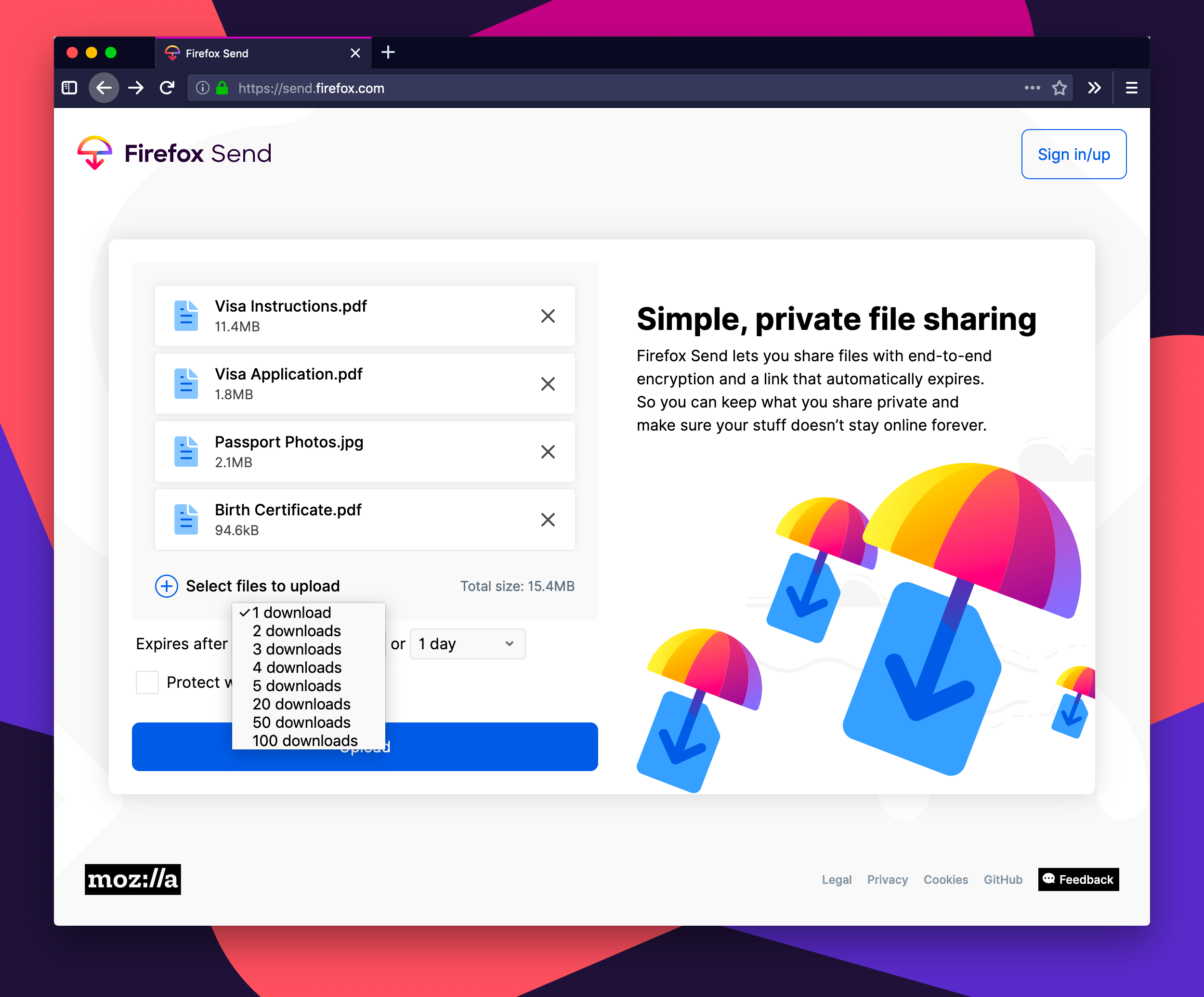 Firefox Send like I said at the beginning is now available as a cross browser service. You can send up to 1GB of files, however 2.5GB of limit is accessible in the event that you agree to accept a free Firefox account. Mozilla is also working on a mobile app version and since it looks like the Android one is in beta at the moment, it’s safe to say it could launch first on Android in the near future for mobile file sharing too.