The road is a risky place – as a driver, you are not only risking your own wellbeing, but also that of your potential passengers, other peers on the road and pedestrians. While certain precautionary measures can be taken, such as not getting your drink on when you’re supposed to drive and completely forgetting about using your phone while behind the wheel, the car safety technologies have made tremendous steps forward in the goal of making driving 100% safe. Here are some interesting technologies to watch out for. 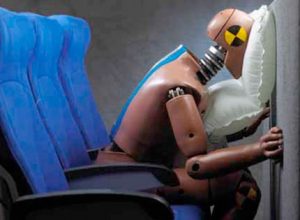 We’ve all heard about airbags – “balloons” resting deflated behind a car’s dashboard, the sides and the wheel, that are filled with air in order to provide a safe landing cushion in case of an impending traffic accident. However, the airbags are no longer limited to the indoors of a vehicle – this technology will work with other safety systems and inflate the safety cushions on the outside of a vehicle, simultaneously reducing the impact in itself and providing a softer surface for potential pedestrians to land on.

Using phones while driving is illegal for a reason – they are distracting even when using a hands-free device, let alone while texting – this is the cause of as much as 1.6 million crashes each year! These devices literally take the driver’s attention from the road, leading to moments of inattention, which may lead to dangerous consequences. Cellphones, however, aren’t the only distractions a driver may face – some are virtually unavoidable. For example, looking at the dashboard is pretty much obligatory – after all, one does have to watch their speed, oil and fuel levels. This might all be solved with augmented reality dashboards which bring your very dashboard to the windshield. In addition to displaying the regular things that were already mentioned, this technology will also be able to perform object identification and inform the person behind the wheel about the distance between their car and another object. Finally, augmented reality dashboards will give drivers detailed route outlines – on the windshield itself! 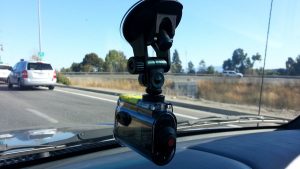 Cameras might not sound like things that could save lives, but analyzing previously-occurred accidents can provide a lot of information that can be used to prevent future accidents from happening. If you think this over, if everyone’s vehicle was equipped with a both within the car and around it, a whole lot could be learned from on-road behaviors of other people. U.S. police cruisers already come obligatorily equipped with action cameras; this is old news, but, for example, GoPro Hero action camera, featuring 720p60 and 1060p30, can bought at affordable prices.

Cars that Drive on Their Own

If you have read Philip K. Dick’s “Minority Report” or, more likely, seen its movie adaptation directed by Spielberg, you are probably aware of the concept of a self-driving car. Far-fetched as it may sound, Google engineers have already begun testing this technology on distances amounting to north of 200,000 miles in California and Nevada. This futuristic car can recognize traffic lights, record on-road images and view road signs, in addition to being able to find alternative routes! Of course, the world isn’t yet ready to give its lives into the hands of robots, but time will tell – automation seems to be the way of the future! 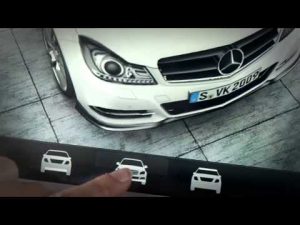 Yes, some of these technologies aren’t exactly around the corner, but others, such as action cameras are already becoming popular! In any case, whether we can expect these advances in the near or in the far future, one thing is for sure – the goal of complete roadside safety may be unachievable, but constantly improving safety and striving towards perfection is the second best thing and these technologies are our only hope!