A gamer named Brian “Poshybrid” Vigneault dies on February 19th after streaming for 22 hours. Brian died of unknown causes and was known to live-stream himself playing the World of Tanks game for up to 20 hours a day.

According to reports on Kotaku, Vigneault’s Twitch channel has been deemed a “memorial channel” by its moderators, and longtime fans have been paying respects and sharing memories in the chat.

But reports have it that the long hour streaming practice by Vigneault was for charity. He was reported to have been streaming in Twitch to raise money  for the Make-a-Wish Foundation which specialises in making the wishes of children with life-threatening medical conditions come true. Children who benefit from the Foundation are usually between the ages of 3 and 17. 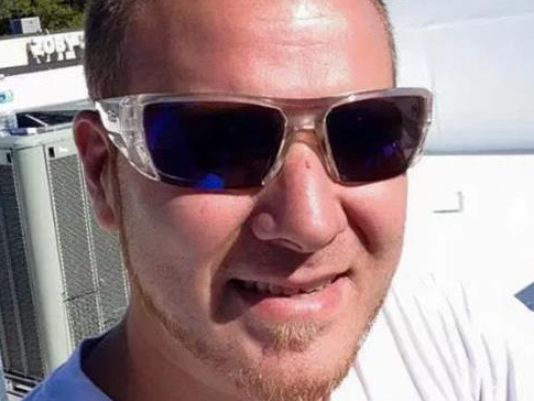 P2P Live reports that that the late Vigneault had taken a smoke break 22 hours into his streaming around 3:30 AM CST and seeing as he didn’t come back from that break a friend sent him a message on Discord only for them to get a response not from Vigneault but from a detective from the Virginia Beach police department who told the friend that they were investigating the cause of Vigneault’s death.

His gaming clan FAME posted a statement on Facebook to mourn his passing;

”Sad news from Virginia beach , one of the most famous NA streamers and a member of our clan Poshybrid has passed away at the age of 35 , we just can not find words to describe how sad is this moment for all of us and for sure this game will not be the same without the legend.Maybe the saddest lines can not really be written , and the saddest thoughts can not really be uttered , let’s all hope that he is in a better place right now and may his soul Rest in Peace , he will never be forgotten … a person who stays in our hears never dies…”

Moderators on his Twitch channel have also turned it into a memorial.

But this again brings to light the effects of long gaming hours on the human body. In an article we did on VR and gaming, we looked at similar cases in the past. In 2015,a 17-year-old boy died in his Russian home after playing DOTA for 22 days straight. He took all the recommended breaks to eat and sleep, but died of blood clots formed because of his lack of movement for long periods.

A year earlier, a South Korean couple were so wrapped up in an online video game, Anima: Beyond Fantasy, in which they raised a virtual child together, that they failed to feed their own infant child, who starved to death. In 2012, an 18-year-old in Taiwan booked a private room at an internet café and died after playing Diablo III for 40 hours without eating. According to the network, you can click here to read excerpts on 2015 publication titled Death By Video Game by Simon Parkin.

If the trend continues, sites like Twitch could be forced by the authorities to regulate such streaming but Twitch isn’t the problem, it’s the gamer’s decision to carry on or stop.

There have been lawsuits brought against the gaming industry in the past for not properly disclosing the nature of the games to consumers who sometimes unsuspecting buy games and eventually get addicted to it. So some of the cases border on the fact that other addictive products liken tobacco have labels warning the public and so the gaming industry should also be made to put such labels on games. But while some in the industry that games are rated according to age but it doesn’t answer the addiction problem in that just about any game for any age group could be addictive to people regardless of their age. After all, cigarettes are expected to be smoked by adults who eventually get addicted too.

In one of such lawsuits, Gregory Cherms who is the father of an addicted adult gamer, he made a similar argument but was told that his son is an adult and cannot make addiction claims against any particular gaming company.

But such arguments will continue because it all comes to down to making choices and whether gaming platforms can do anything to contribute to do anything about preventing such deaths remains a big question. But as for children, the new Nintendo Switch has brought some really interesting parental control rules in parents can customise play times and when a player reaches their limit, there will be a notification on the screen and if they ignore it, parents can choose to remotely suspend the player which means you won’t be able to even play any game for the rest of the day.