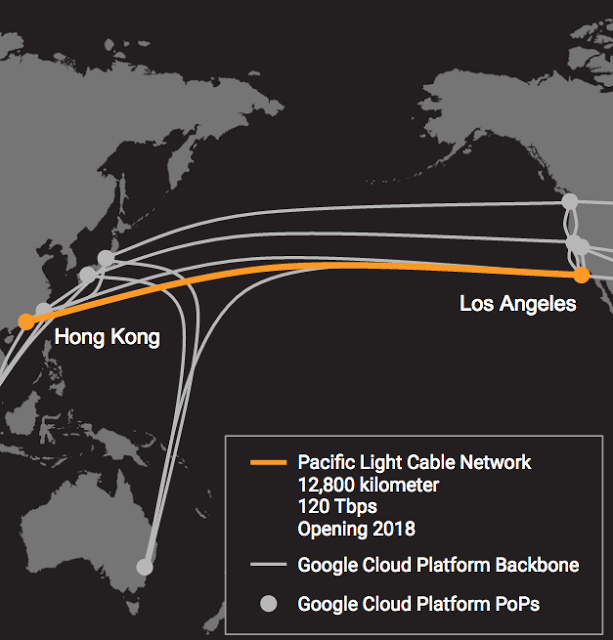 They expect this to be functional by 2018.

In July this year, Google announced the completion of its undersea cable which was a partnership with Asian telecom giants to build a 9,000Km cable line between the US and Japan. The cable is capable of transporting data at 60 terabits per second (60 million Mbps) and is expected to be a significant boost to trans-pacific internet speeds.

The Asia-Pacific region represents about 40 percent of the entire global economy which is why the United States for example has concentrated much of its foreign policy on the region in the last eight years.

But Google and Facebook are not the only ones focusing on such an idea, Amazon Web Services (AWS) is supporting a submarine cable running between Hawaii and Australia.

Microsoft and Facebook announced an undersea cable partnership in May across the Atlantic. Called MAREA, the project commenced in August and is expected to be completed in October 2017

In order to lay such cables, specially designed ships which can lay up to 200Km per day and while the cables are thin, they are given an extra layer protection using wires and steel to prevent damage. It’s quite expensive to maintain them once damaged as these cables have come under threat from shark attacks as well. Google reportedly coated its cables with Kevlar coating in 2014 exactly for the purpose of preventing shark attacks.