Home Internet Google Debuts Offline YouTube App In India. They Should Do The same In Africa And Here’s Why 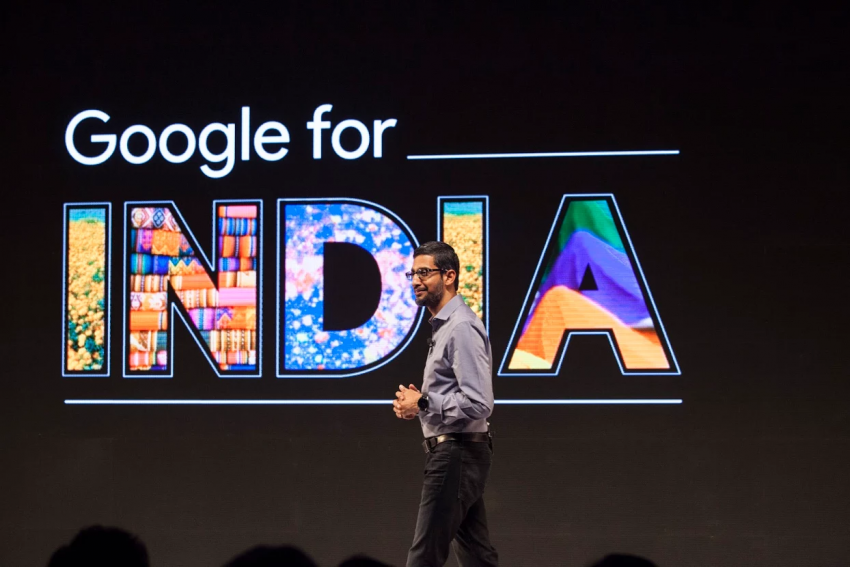 Google announced some really big stuff for India yesterday and I think we need more of that in Nigeria and of course in Africa as a whole.

But let’s start with what they are doing or expanding in India.

At an event in India which is home to about to 1.3 billion people, Google laid out a plan to help Indians save on data. The other big thing was language support.

Before presenting the new solutions, Google VP of Chrome, Rahul Ro-Chowdhury said through Chrome’s data saving features, Indians save a whopping 337TB of data weekly. Google’s efforts at making the web load faster with reduced data consumption is not new. Using images for example, WebP saves images on the web in formats other than JPEG and PNG. Google’s WebP image format aims to replace existing image file formats like JPEG with a smaller file size, resulting in faster load times and significant bandwidth savings for website operators. So that’s the kind of thinking the internet gain t has been bringing forward.

With Google Maps now offline, Google announced Trips ; an app that allows you download your entire itinerary and can be used offline when you get to your destination just in case there’s no connectivity there.

So it seems Google is now focusing on reaching more people in places like India. You see according to Internet Live Stats, India recorded 354,114,747 internet users in 2015 which amounts to 27 percent of internet penetration. In 2016, the figure rose to 462,124,989 users which now gives the country a penetration rate of 34.8 percent. Seeing as India is home to over one-seventh of the world’s population, it represents a huge business area for tech giants like Google who haven’t been able to penetrate into other huge markets like China.

In the new update on Chrome for Android, Google is also making it possible to download an entire webpage including video and image files for later offline use. So even if you are able to access the internet for a short time, you can continue offline later and this is useful in cities where service coverage is low or is expensive to maintain constant access to the internet as is the case in parts of Africa. See our report in that here.

On Tuesday as you see in the tweet, Google is also bringing YouTube offline for Indian users. Now to watch say an hour of video on YouTube, in spite of web saving technologies sometimes, you still need a good amount of data to do this. Let’s use a high resolution video of 1080p, you may need about 1.2GB of data to do this and depending on where you live that could be expensive over a long period of time. Using the new app called YouTube Go, you can download quality videos that can be watched later on your device and allows you share these videos via Bluetooth with other devices at no cost. The interesting part is that it doesn’t consume as much data as what I described earlier. It even gets more interesting because even on poor connectivity, performance is optimised to adapt to changing signal strengths and finally should that connection break at some point, download continues form where it stopped.

But this won’t be the first of connectivity projects that Google would be undertaking in India, according to Engadget, Google has been offering WiFi in train stations. A Quartz report found that data speeds at these hotspots were among the best in the country — topping 40mbps in some cases. 1.5 million Indians had used the service across 19 stations by June, and Google has expanded its reach to a further 33 stations since. Some 15,000 people are apparently using these hotspots to access the internet for the first time every day.

India is likely to surpass China in population and while China has managed to keep American tech companies at bay, India has welcome American companies like Google and they seem to be ok with it for now at least. It is estimated that 3 Indians come online every second and that sure looks like a society to make big investments in with respect to the internet. With respect to language support, Google said Allo; its new messaging app was available first in India and, the Hindi Assistant is coming soon.

Google completed its undersea cable project to Asia in July this year. The 9,000Km cable between the US and Japan is expected to transport data at 60 terabits per second (60 million Mbps).

Why not announce similar initiatives in Africa?

Behind that somewhat bad news is that the continent is home to some really interesting startups. These startups have attracted the attention of local and international investors and these are all facts you can look.

The tech boom in Nigeria started actually in the mid-2000s after the deregulation of the sector which saw foreign and local companies begin to invest heavily in the sector but it would seem as if that growth is slow and could be hampered in light of the recession in Nigeria and governments plan to increase tax on ICT services including data and voice calls.

Facebook through its internet.org recently suffered a major setback when its $200m internet satellite exploded just at launch time but they have now decided to use their solar powered drones for the same project in the meantime. That’s not all, they are now inviting telecom operators to something they call Free Basics. Free Basics will let you access essential services offline by partnering with your local mobile operators.

The fortune of Africans is gradually improving and this is buttressed by Euromonitor’s report that looked at Ten African Cities that will see modest growth in consumer spending and that’s good news even for the ICT sector. With services like Google Station in India, we could see a bigger rise in the number of ideas that otherwise were stifled because of access to broadband services start popping up. Mark Zuckerberg testified to this in when he visited the ccHub (co-creation Hub) in Lagos where he met with some really amazing people doing big things.