Google is updating its Maps with a feature that can now tell you when it is the best time to leave a destination it has directed you to. This also means that the app will no longer just show you how to get to a place but also when to leave based on conditions like traffic.

The new update which has rolled out to Android users for now will appear as a pop up when you enter directions to where you want to visit. According to Android Police, 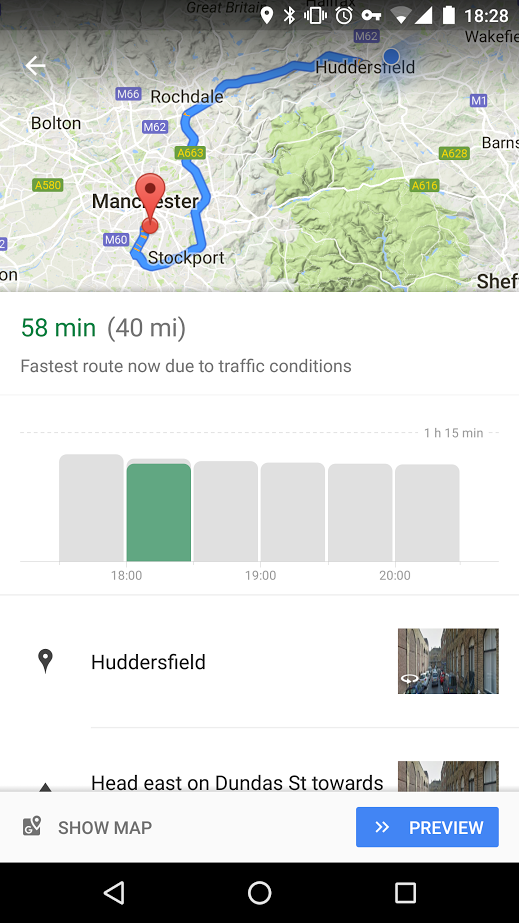 “You’ll see the new graph at the top of the directions when you select a destination in Maps. It has a very familiar look—almost identical to the graph for businesses that tells you how busy they are. The travel time graph has bars for half an hour before, and a few hours after the current time.”

The new graph which pops up gives you an indication (in green, yellow and red) of what you might expect on your way to or from your destination. Based on this you would know how to make decisions the next you wish to make a visit to the place. The new graph determines just how long it could have taken say you left like thirty minutes earlier.

Of course we don’t expect this to be super accurate given the dynamic nature of our environment but it might come in handy overall when you are planning trips to get an idea of what to expect.

We don’t know when the feature will be rolled out to iOS users but when we do know, we’ll bring it to you.