Over the Weekend, Guaranty Trust Bank (GTB) launched *737* money transfer service from registered mobile devices. This is not limited to GTB to GTB transfers but other banks as well.

The bank like other banks already have top up services. You can have your call credits topped up using short codes or at ATM machines. The bank CEO Mr Segun Agbaje said ” We will continue to leverage technology to make banking, especially payments and transfers, faster, safer and more convenient for all our customers” 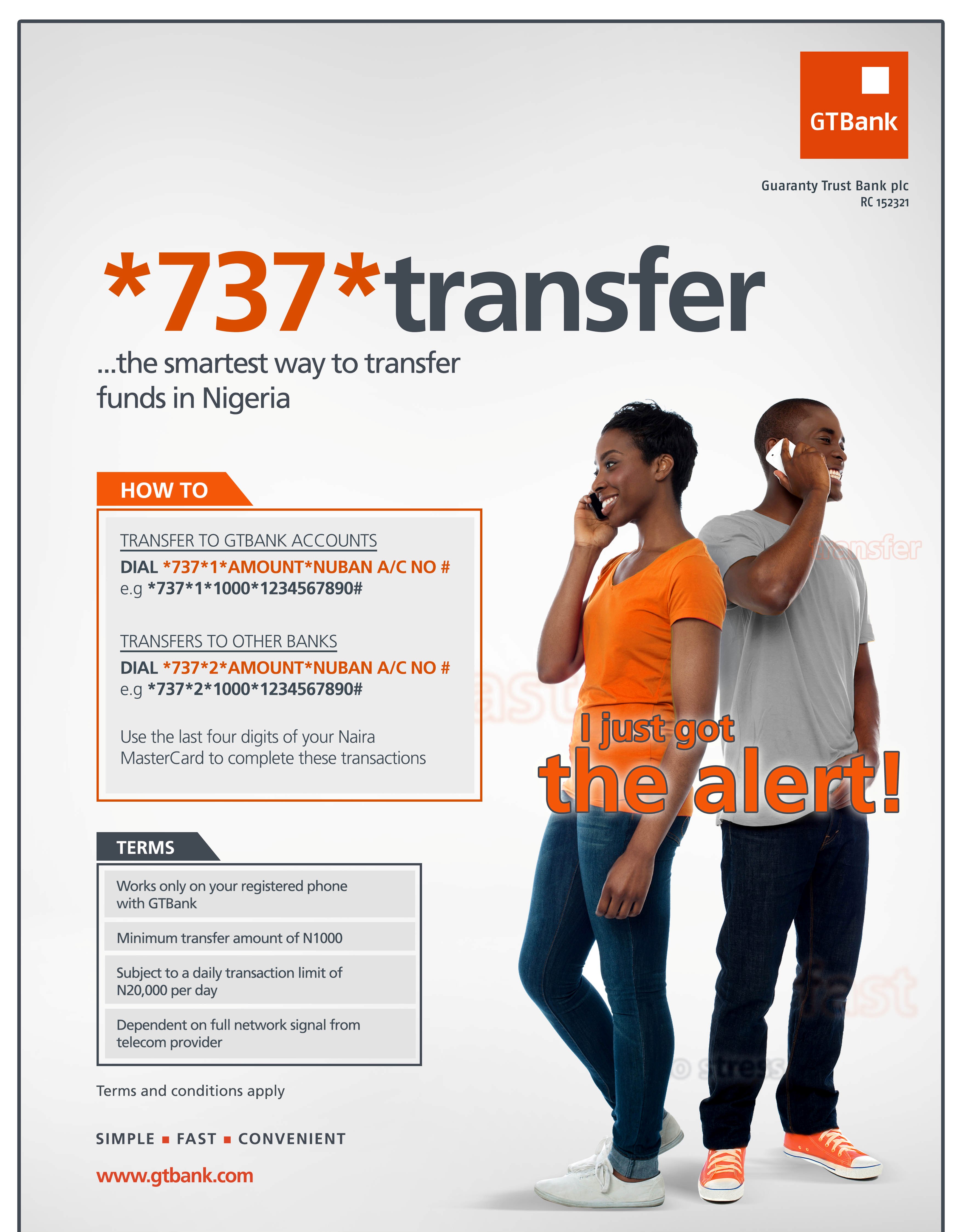 As seen in the image above, to transfer to a GTB account, dial *737*1*Amount*Nuban account num# and to other banks, just replace the 1 with 2 and that’s it.

The Nigerian financial sector has grown tremendously and is now a major employer of skilled and unskilled labour. Since the consolidation of banks, financial institutions have had access to greater capital which has helped them invest heavily in technology. Also with advances in technology appreciation among the local population, banks have had to come up with products and services that would make it easier for people to carry out transactions online or in the banking hall.

GTB is arguably one of the most technologically advanced banks in Nigeria with a good customer base with services like social media banking and enhanced customer service which has seen people open accounts using their Facebook details. United Bank for Africa (UBA) recently launched U-social which is a complete platform through which we you can carry out banking socially as we know it.

In Kenya, M-Pesa has been around for a long time and has grown to be recognised by Bloomberg and other notable western media as a model even for future banking.