Home General Government If You’re In Dubai This Summer, You Could Well Use A Drone To Get To Destinations Fast
Share

It was in the second half of last year that it was announced that Dubai would be the first city to get the hyperloop (the ultra-fast tube based transportation system) that and now it looks like it wants to be the first at something else and that’s drones that transport humans. Well this is not to be confused with the futuristic flying car concept which is currently being explored by Google’s Larry Page and Travis Kalanick’s Uber.

At this year’s World Government Summit, Chairman of Dubai’s Road and Transport Authority (RTA) Mattar Al Tayer said this could come as early as this summer. “The pilotless drones, designed to carry a weight of 100kg and a small suitcase, will have a range of 30 km, and are on track to take off within months.” This is all part of city’s self-driving plans which they estimate will be about 25 percent of all trips by 2030. 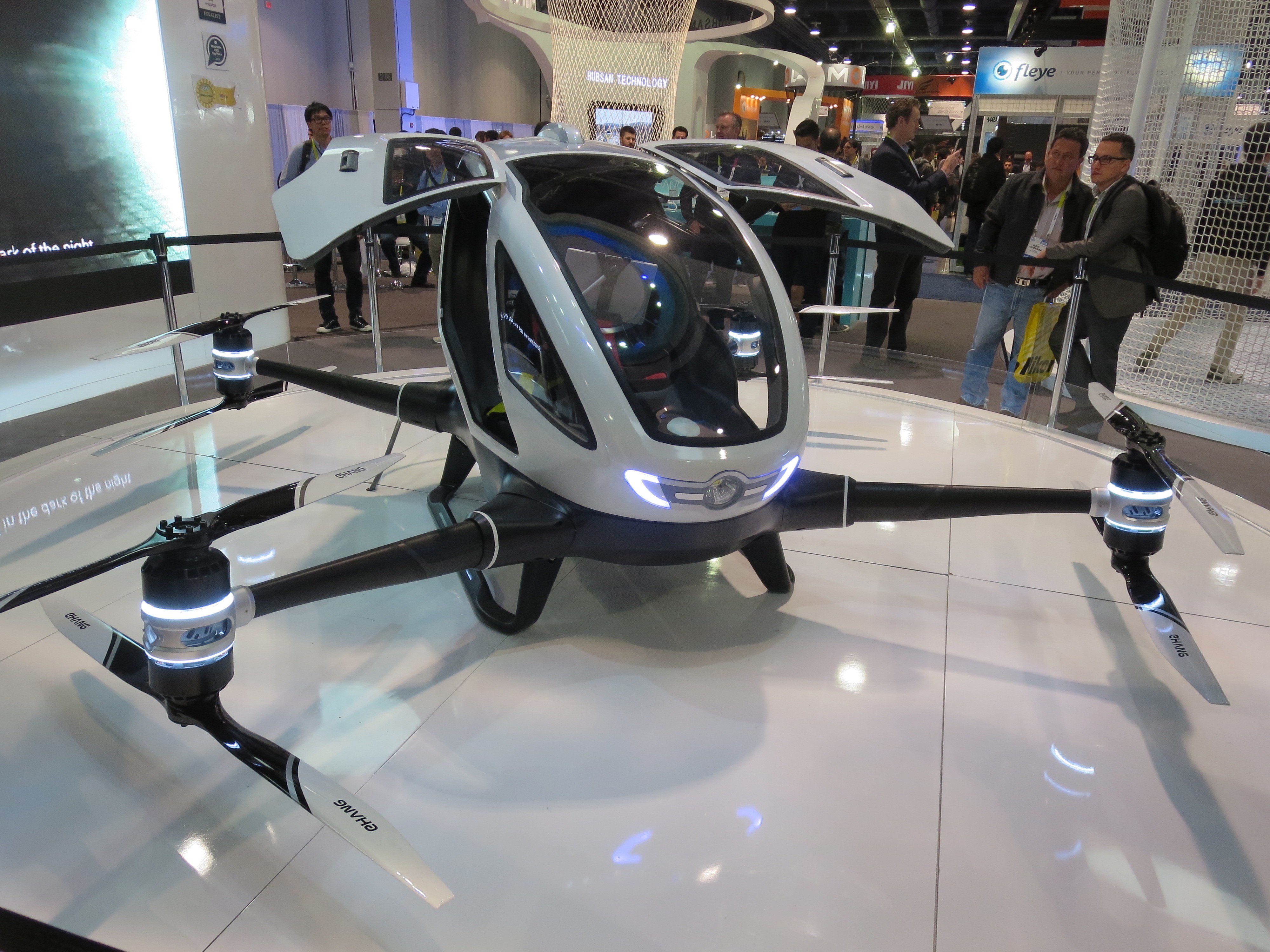 These drones will be able to transport one person a time and will land at designated stops and the agency says they have conducted a series of tests to back up their plans to make this a reality by July 2017.

We are told that the drone itself would be the Ehang 184 which is a Chinese all electric drone that was unveiled at the CES 2016. The Ehang 184 test flights were conducted last year in Vegas which made its Chinese makers to start unleashing the 226Kg machine into the market with Dubai being its first. The aircraft can only carry one person at a time and obviously the person has to be at most 100Kg in weight with room for a small suitcase. The Ehang 184 is capable of flying bout 50Km on a single charge at 160Km/h.

When flying cars become a reality, they’ll be able to go between 80Km and 160Km depending on power, size and regulations.

I actually saw a video on Facebook that looks like the drone transport concept but as you can see below it appears as though someone was controlling it and seeing the rotors on top, it would look like a form of helicopter but the people who uploaded the video say it’s a drone concept and maybe they would fine-tune it before releasing it to the market eventually. The Ehang 184 has rolling blades too but its remote controlled which makes it a drone by traditional definitions. In any case, welcome to the new world of human transport by drones and be sure to share your experience with us if you go to Dubai and use one this summer.