There are lots of power banks on the market today and for good reasons too. Since there are a lot of devices that require charging while we’re on-the-go like smartphones, tablets, laptops and lots of other devices that are compatible to charge with power banks. The need of power banks is ever increasing because we use our electronic devices away from a stable source of power and a portable charger is able to solve our anxiety of our smartphones dying.

With that said, with so many power banks on the market, this also means that there are a lot of different kinds that suit different situations and what you may favor over the other. Let’s take a look at these key categories of power banks and see what they each have to offer. 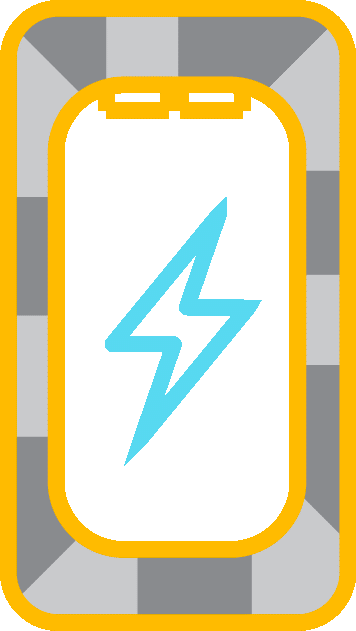 Rugged power banks are among the most useful because not all portable chargers are built like them. Much like smartphones, not a lot of them are able to withstand water and take falls because if water does get onto them they get damaged and when a phone does drop, then the screen will most likely break. The same thing goes for power banks because ones that aren’t built to take falls or water will end up getting damaged.

With that said, there are Rugged power banks that are built specifically to take the harsh conditions. 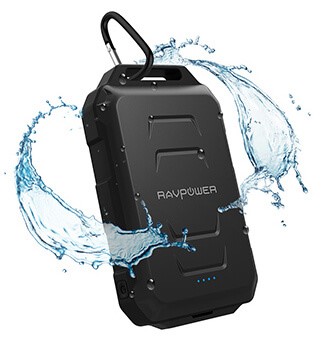 Take for example this Rugged RAVPower power bank. The casing allows it to withstand falls from any height, it’s the perfect type of portable charger to take with you when you’re out biking or hiking; since dropping it won’t do any damage. Additionally, when the charging port cover is covering the ports, then the power bank is rated at an Enclosure of IP66 which means that the power bank is dust-tight and also able to withstand powerful jets of water. However, it cannot survive immersion into water. 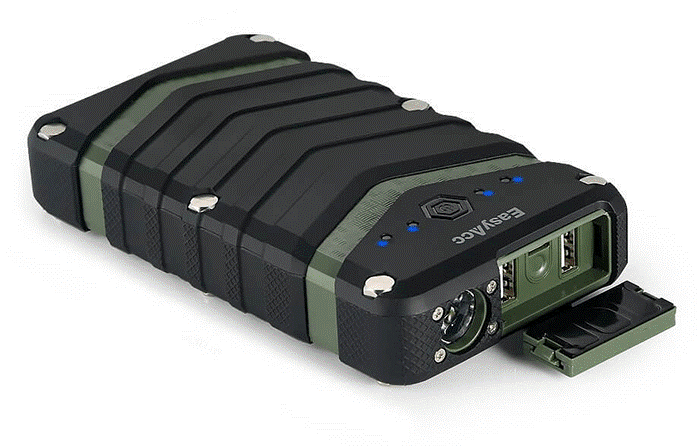 Rugged power banks that can take immersion into water are ones that have an Enclosure rating of IP67 like this EasyAcc portable charger. It can withstand immersion in water for 30 minutes straight under 1 meter of water. Also, with this EasyAcc power bank, it’s long lasting with its power capacity of 20,000mAh which makes it perfect to use when you’re away from a stable source of power out in the wilderness.

Most of the time these tough portable chargers have a flashlight and a place to attach a carabiner or rope so you can place the power bank onto a backpack. Power banks that don’t have those kinds of features are difficult to keep on you because you either have to hold them or place them into your bag. 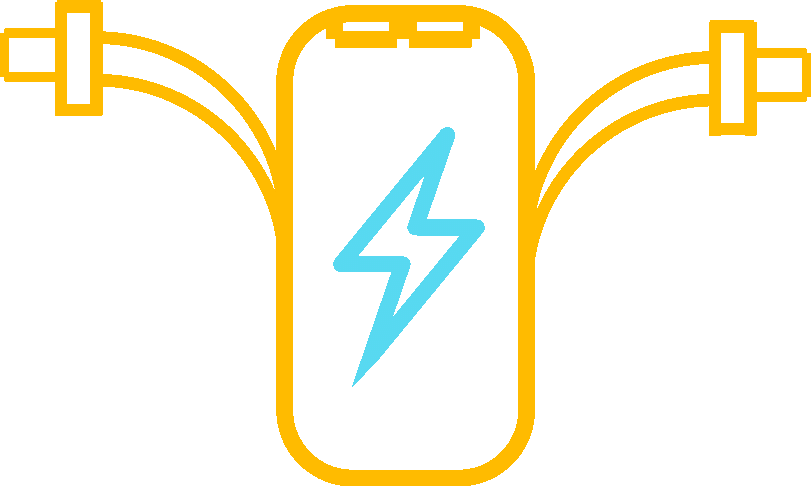 Nearly every charging electronic will require a charging cable in order to be used. With that said, it can be a tedious thing to always have to remember to grab a charging cable before heading out with your power bank. This is why there are some power banks that feature built-in charging cables and a few other built in things too. 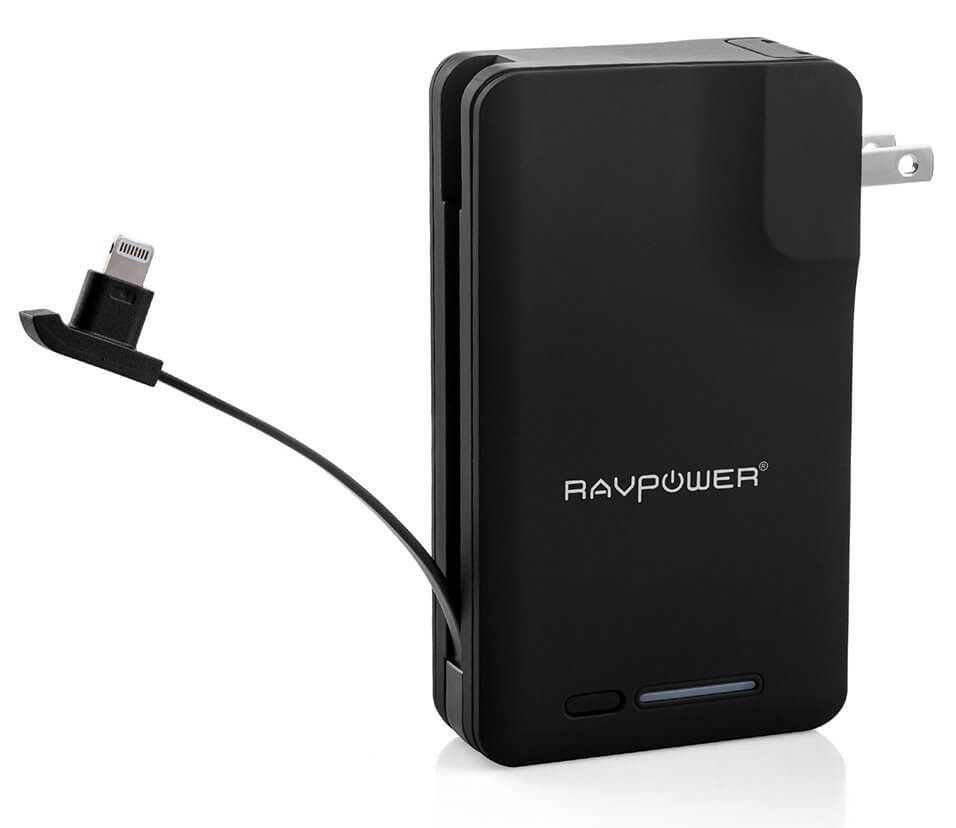 But there is a step further than that. 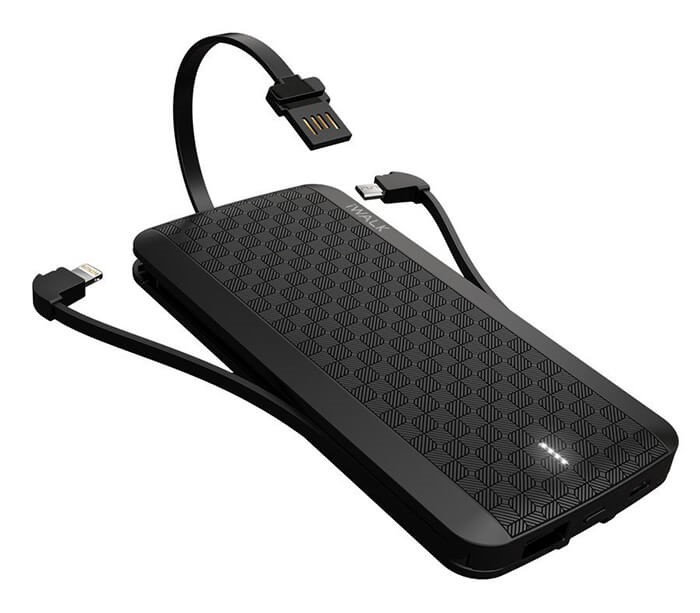 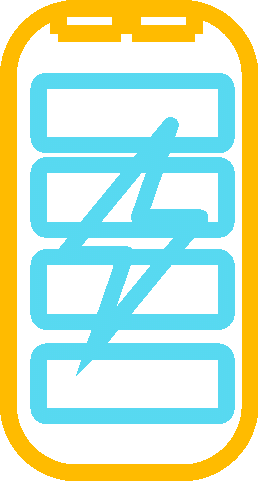 Small power banks are among the most used types of power banks on the market, so I didn’t feel the need to cover them; since most people use them because they’re easy to carry around and generally have mediocre charging capabilities.

With that said, on the other spectrum, high capacity power banks are very interesting and useful to own. This because they have high power capacities and multiple charging ports. 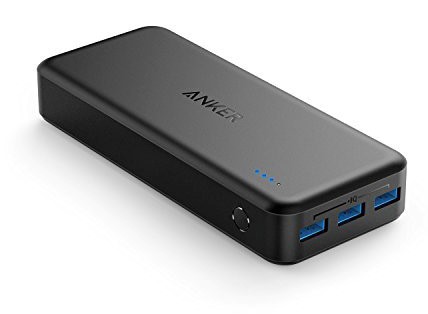 Ultimately, even though high capacity power banks aren’t as small, or lightweight as small ones, they have strong attributes:

Please see the author’s details below