It’s been three months since the Apple WWDC conference in California, where the company announced for the first time talked about the ARKit which will be in added in the iOS 11 features. They gave developers a feel before the latest operating system launched to all users.

iOS 11 is now out and the ARKit is available for all users with iPhone 6s or the latest and iPad pro or even the latest 9.7inch iPad. App developers between the time it was announced in June and the launch have put in effort to use the ARKit to make amazing AR compatible apps for their users to go with iOS11.

Some of these ARkit apps are existing ones that have just been updated with augmented reality (AR) features or freshly created ones built with AR function in it.  Some of these apps are from brands like AMC’s walking dead, the food network. See below a list of AR compatible app ready for purchase and download in the App Store

Giphy which makes a lot of GIFs (graphic interchange format) is one of the most used visual images and has already been integrated into iMessage with its own app and in partnership with Facebook and Twitter has helped the spread GIFs all over the internet.

With their app called “Giphy world’, the app helps users share and record their own video and what’s happening in their surrounding with the ability to share the videos with friends who have the app

CARROT WEATHER
Carrot weather is a weatherbot app that helps users know the current weather condition wherever they are. With the AR function in it, it makes the app feel even better, and in order to get this app users have to download it in the App Store for $3.99 for the updated version 4.1.2 with AR features

The social fitness tracking app, with over 20,000 apps created using its API and has now added augmented reality to it and recently on their latest app called fitness AR, an AR app which helps its users visualize their fitness routes on a 3D terrain map powered by Megabox. The app also allow users to screen record their routes ,create a video and even share to their preferred contact , the app can be purchased for $2.99 in the App Store. 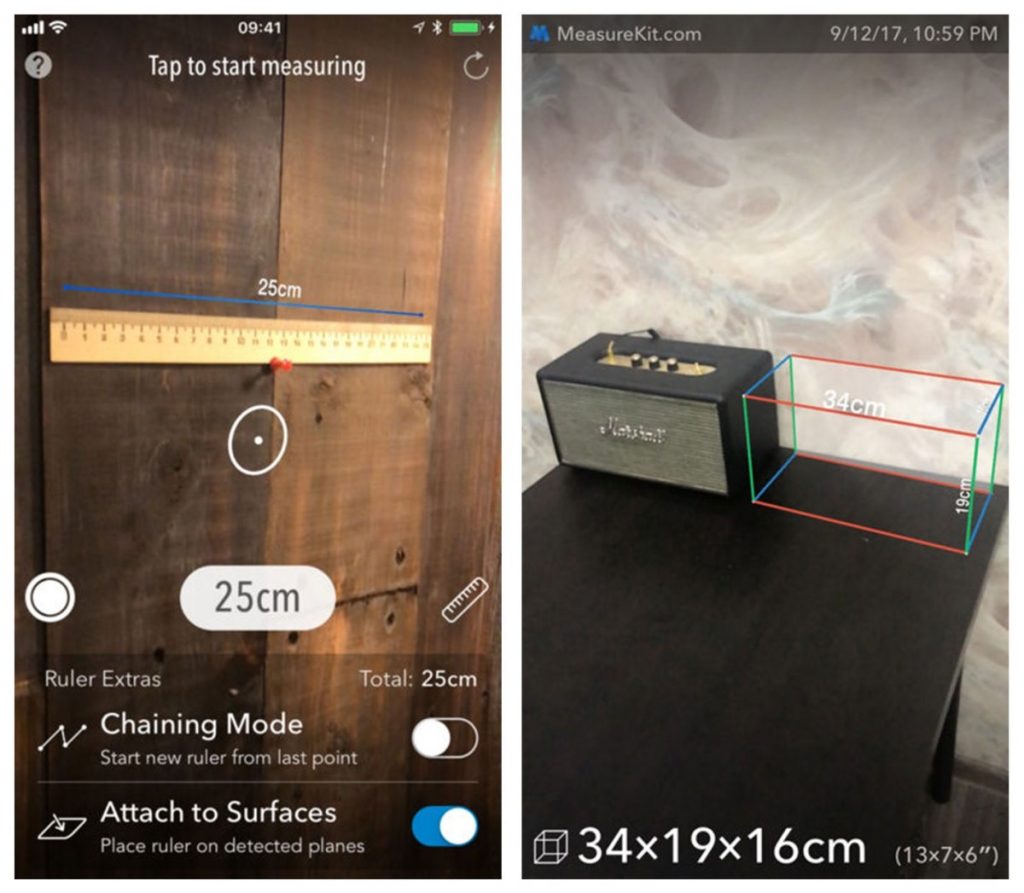 Measure kit, is a AR App available in App Store for $2.99. It is useful for taking measurements of objects. Using an iPhone or iPad camera, it takes accurate measurement of almost anything it targets on especially when the object is placed on a perfect level e.g. floor of your room or office without having to use to legs to count or crawl all over the place with a tape.

But don’t just limit your search for AR to these apps as developers are now looking to add more AR powered apps in the App Store and give users a wide variety to choose from and unlock the fun in every click and view. These list is just the few of many other amazing Apps to join the AR train, so keep your fingers crossed because there are more to come but for now enjoy this.

In The Wall Street Vs. Main Street Fight, Gamestop Is The Winner Even As Run Comes To An End