There’s no denying that technology over the world has been on overdrive. New discoveries, new enhancements and new approaches spring into the picture every second, even as the ease of use for businesses and end customers improve significantly. In this interwoven picture of leapfrogging, APIs have played a major role in transforming contexts. So, what are APIs?

The long-form for API is the Application Programming Interface, and technically is a communication protocol between a server and a client. On a simpler note, an API is really a messenger that enables communication between several software components. In the current context, the Google Maps API can be used as an effective example to explain how an API works. In this case, the real-time GPS data of Maps can be used by other interfaces for location, to assess traffic etc.

If you’re wondering when the first API was created, then we might need to fly back to the year 2000, when Salesforce launched their web-based API. This was to help customers integrate their data across different business applications created by Salesforce. This was not publicly available though. And this is what we know today as SaaS – Software as a Service. Soon after, the same year, eBay launched its eBay API alongside the Developers Program, becoming the first company to make their API freely available to developers.

APIs have of course come a long way since then, and today more than ever, businesses need to find themselves APIs that work efficiently and are maintained with a certain amount of rigour. Open APIs, internal APIs and external APIs all work differently. Open ones are available at large and anybody can use them, internal ones are used within the boundaries of an organisation to ease communication protocol between different internal software aspects, and external APIs are usually meant to enhance the features of a service, in a bid to make it more viable to end-use customers.

What is the custom API integration?

A custom API integration is essentially a process that allows a business to make greater sense of its own parts, while feeding into the features of an externally created API, finally leading to an enhancement of the business’ original features. A simple yet powerful example is that of a phone and an app that later comes to work along with it. If the business is the phone along with its operating system, the app that can later be installed on to it, is the third party API. And once the integration takes place successfully, the usability and experience quotient of the business improves considerably.

What kind of custom API integration does your business need?

Given the current business and technology context, third party APIs are brimming to the surface at a rate much faster than before. Which means that as a business, you have many choices. This further means that an assessment before you do opt for a custom API integration is important. However, here’s a list of characteristics that a “good” third-party API integration typically features :

This is a big one when it comes to API integration because testability really provides firm ground for the ultimate application. Which means that choosing a framework that aids the world of developers, might actually change the game. With such a tool, developers will be able to view how it’s done, what the road-blocks may be and in general, try out various outcomes before choosing to move forward with one. Testability also means that enough back-end work has already gone into the API to bring it to a form that can be further shaped into different applications.

In the current business environment, everything needs to have a mutable quality. This makes way for change when it does occur. A scalable third party API integration is one where functionalities are improved and expanded, and extensions in accordance with business needs can be made. And all of this happens at an unseen programming level of course!

No matter how much stress you put on documentation around APIs, it’s still less. Since more complex workflows are invariably more developer-focused, it becomes essential that there are instructions that hint at the ins and outs of the communication protocol. It’s akin to user guides that one receives along with their new phone or computer. Without documentation, a developer is left wondering about probable restrictions and expansions.

The security component of a custom API integration can make or break the foundation of an online business. The more secure an API is, the more probability customers will experience ease of use and trust.

Jenga API matches all the criteria above and is exactly the sort of programming interface developers want to work with. Its API integration services seem simple at the front-end but are often able to combine many complexities seamlessly. Its single-point integration quality makes it extremely viable for businesses that want to operate in Africa as well as other parts of the world. 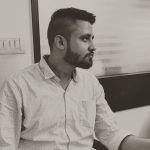