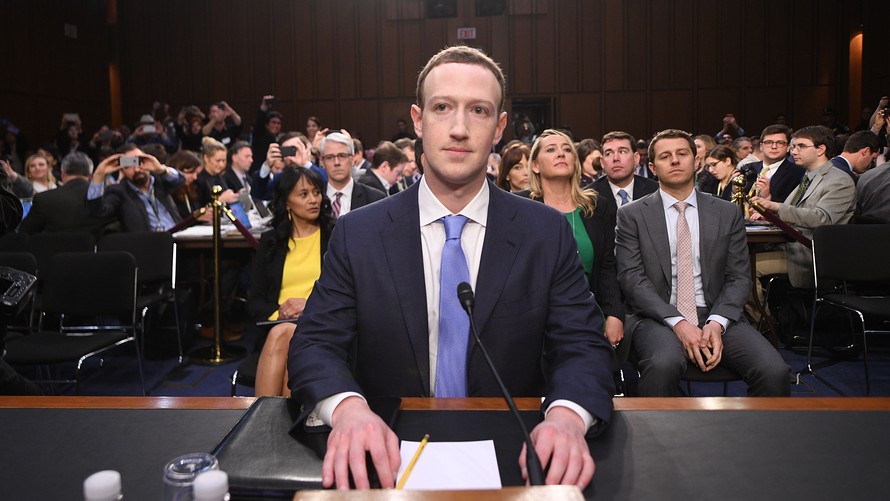 Mark Zuckerberg made an appearance before the United States Senate on Tuesday to defend his company on the subject of regulating internet-based companies. He wass confronted with two significant challenges- How Facebook was unaware that users’ information of 87 million people was harvested from his social media platform and abused by the political consultancy, Cambridge Analytica, and how Russia used the social network to spread false information during the 2016 U.S presidential elections.

The Facebook boss testified before the Senate Commerce and the Judiciary Committees of 44 members of Senate. Senator Bill Nelson, the top Democrat on the Senate Commerce Committee, thinks that the format of the hearing will not give room for a thoughtful debate. “How in the world can you have 44 senators do a hearing that has a lot of substance when each senator only has four minutes?“, he queried.

There have been agitations on what the outcome of this hearing would be. Facebook’s stock shares have suffered a plunge since the beginning of the crisis, and some public figures have threatened to delete Facebook. However, the reality of having proposed new laws to restrict Internet-based companies remains impalpable. While some may possess the willpower to enforce the new regulations and police efficiently, many are somewhat complacent to grapple with the technical issues involved.

On Monday, Sarah Sanders, White House Press Secretary didn’t explicitly support the motion for new regulations when asked. She merely said, “I don’t have a specific policy announcement on that front, but I think we’re all looking forward to that testimony.”

Republicans appear to not be in support of more corporate regulations. Republican Senator John Kennedy who spoke on behalf of the Judiciary Committee said, “I don’t want to hurt Facebook.  I don’t want to regulate them to half to death. But we have a problem. Our promised digital utopia has minefields in it.”

Without much ado, the scandal with Facebook will come to an end shortly. Currently, the privacy advocates have been outnumbered, and apparently, the members of the Senate are unlikely to be grappled with the technical complexities of the internet-based company. So, in retrospect, Mark Zuckerberg, like senior executives from Alphabet’s Google, United Airlines an Equifax will walk away with a little scolding and a temporary plunge in stock price which will eventually bounce back when things simmer down.

Privacy advocates argue that lobbyists have always outnumbered them and will fight against every effort to regulate policies that do not favour them, such as the case with Facebook. According to the data maintained by the Centre for Responsive Politics, Facebook spent $1.35 million in 2011 on lobbying and in 2017, spent $11.5.

In essence, this is merely another case of a political merry-go-round.