There’s this scene in the 300 movie by Gerald Butler that comes to mind where he confronted a “god king” to whom he said, ….at the end of today, people will  know that even god king can bleed… In this context, by the time you finish reading this, you’ll know that even the social media accounts of the world’s largest social media can be compromised too.

A report by Engadget surfaced over the weekend that some of Mark Zuckerberg’s other social media accounts may have been compromised. That’s another way of saying they may have been hacked and there’s proof. His Twitter, LinkedIn and Pinterest accounts were affected. It’s not clear though if this was part of a generally reported LinkedIn security breach of 2012 which later resurfaced this year when LinkedIn confessed to not knowing the extent of the hack at the time and asked users to reset their passwords.

Twitter has since suspended the account which follows another case where pop singer Katy Perry’s twitter handle which happens to be the most followed person on Twitter with over 84 million followers was compromised. The hackers went on to claim that Zuckerberg’s details were among those obtained in the LinkedIn breach but there’s no evidence at this time that it was.

Facebook has since released a statement saying none of their own servers were compromised in the process though  and this includes Instagram. 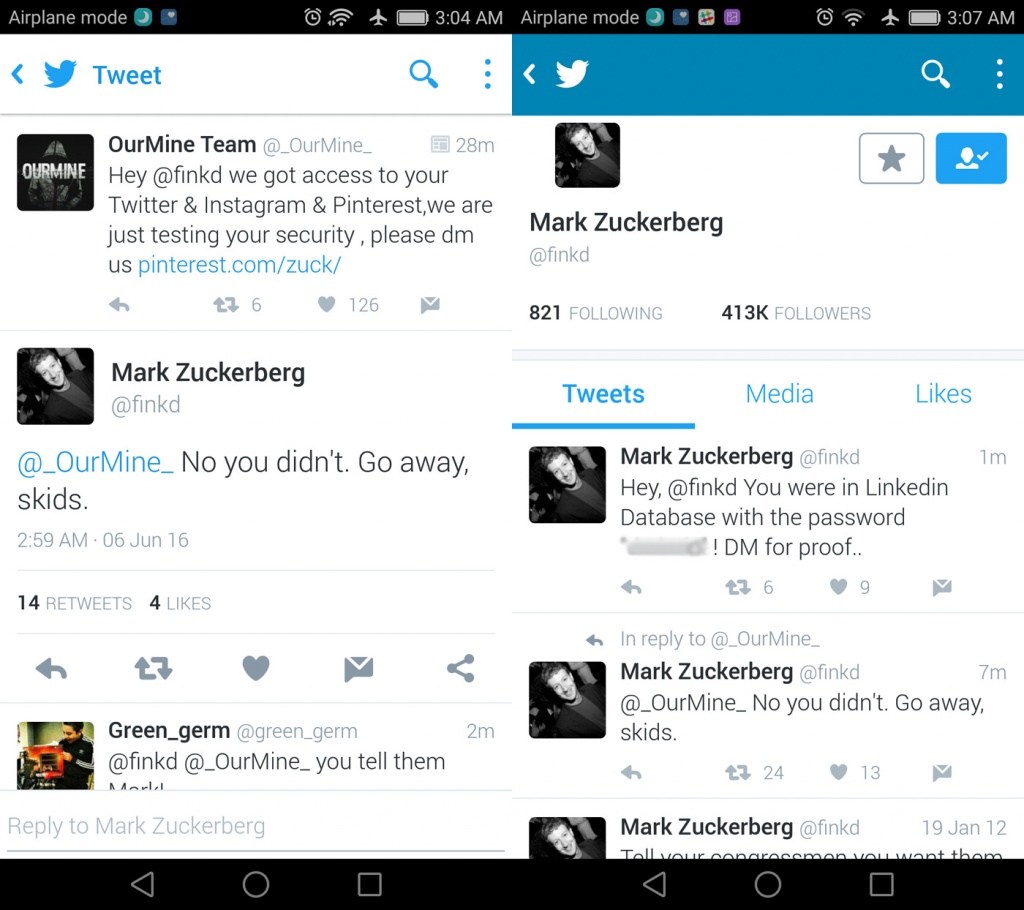 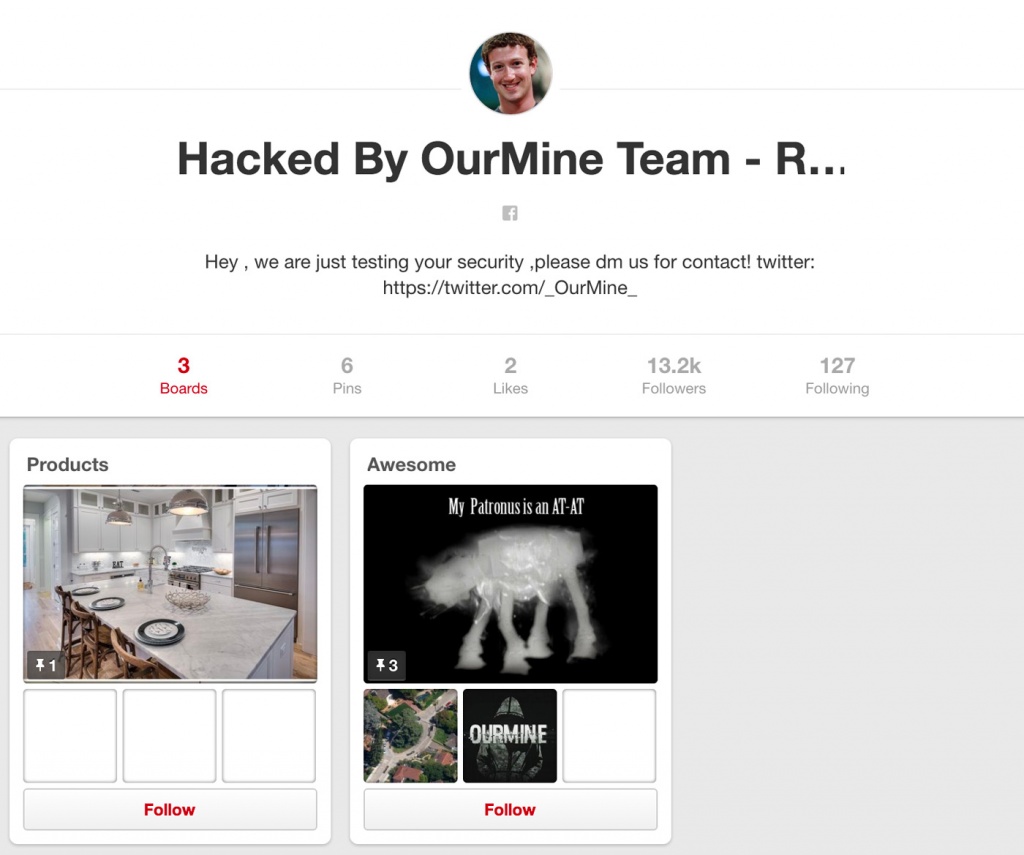