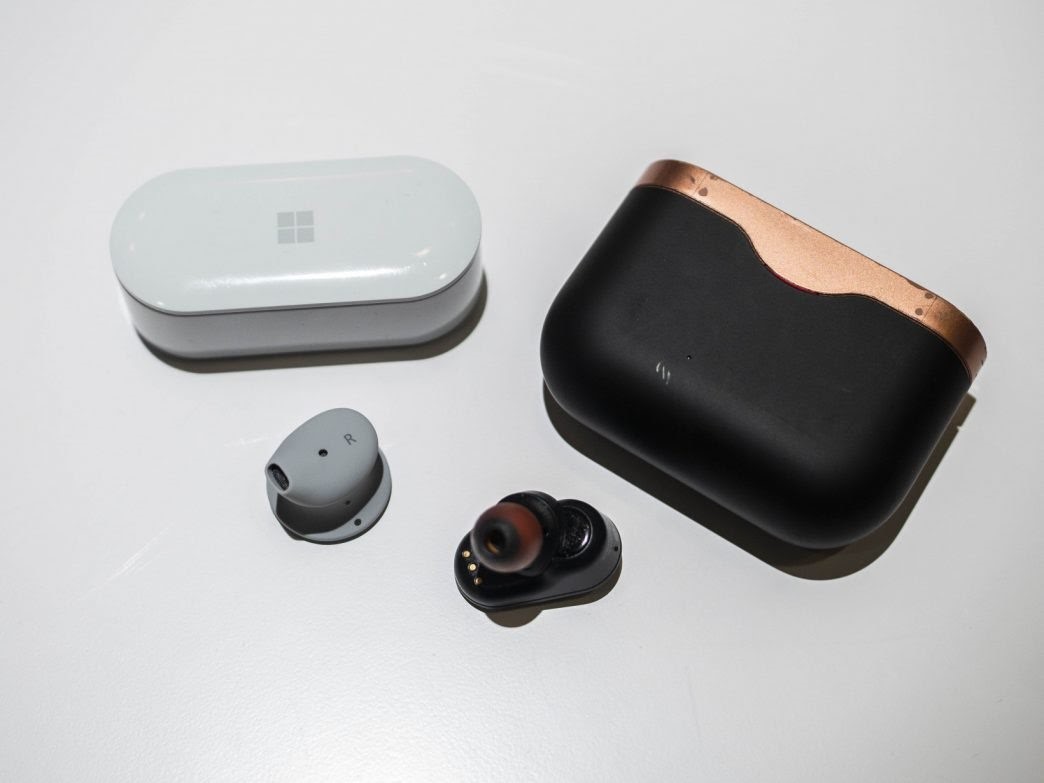 In case you have been on the hunt for comfortable earphones for years, and Microsoft’s new Surface Earbuds might just be the ones you might be looking for—The Surface Earbuds announced at this week’s event that took place in New York City. The Surface Earbuds are tuned for both music and voice performance — Microsoft is pitching them as a must-have Office accessory with dictation and excellent call quality

Like the AirPods and Pixel Buds, the Surface Earbuds are purposefully designed to not block sound out. Microsoft says this is both for comfort and ambient awareness, but I suspect it’s more the former. Plenty of headphones – including Microsoft‘s own Surface Headphones – include ambient sound modes that let you hear the world around you almost as clearly as not having headphones on at all. But I know many people who don’t enjoy sticking a silicone plunger into their ear, so Microsoft opted for a more universally comfortable design.

And comfortable they are. Despite the ostensibly bulky design, the earbuds are quite light – lighter than the Sony WF-1000XM3 I’m currently testing (7.2g vs 8.5g). They rest easily in your ears, giving them more breathing room than the Pixel Buds, while also feeling a fair bit more secure than Airpods. They come with three sizes of rubber shell to choose from, and gently lodge into your ear with four anchor points. 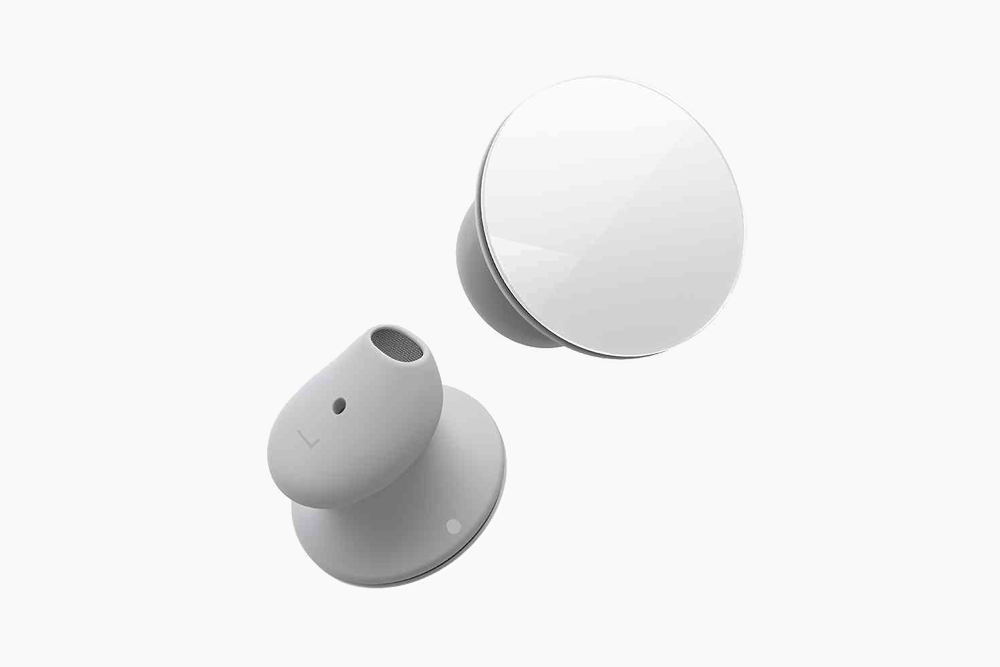 Microsoft talked a lot about using the Earbuds for Office integration – things like dictating documents and swiping through Powerpoint presentations. But frankly, I just like the idea of earbuds with a large touch surface with controls that actually feel good to use. Many true wireless headphones either compromise on the number of controls or their ease of use – too often I can’t set the controls to let me both adjust the volume and skip tracks. But the Surface Earbuds can do all the things you expect from a touchpad on a headphone without forcing you to tap tiny buttons or perform finger gymnastics.

The other nice feature: battery life. 24 hours isn’t uncommon nowadays, but Microsoft achieves that number by allowing the earbuds to support eight hours’ worth of power on their own – enough for a transatlantic flight. Moreover, the carrying case is surprisingly svelte, given the size of the buds. Just look at the Sony case for comparison (which admittedly, have one of the largest charging cases I’ve seen).

The surface earbuds will be made available “later this year” for  $249.