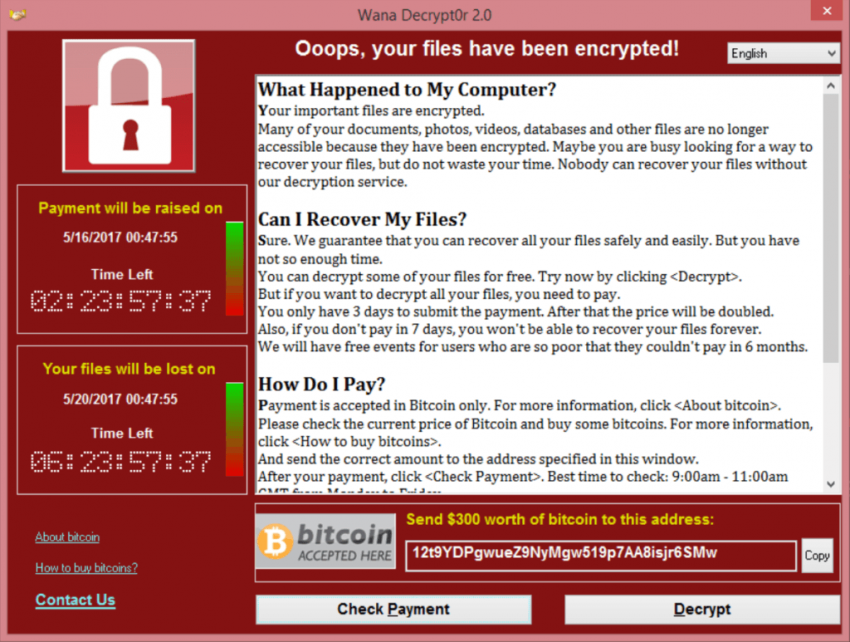 The worst of the WannaCry ransomware threat seems to be over but it’s time to start talking about whether we could have prevented it or better put whether Microsoft could have done more to stop the attacks seeing as the flaw exploited had something to do with its Windows operating system.

Well Microsoft issued a patch back in March asking users to update the software to stay safe but a new report out by the Financial Times says Microsoft could have done something to slow down the spread of WannaCry to businesses. The report says Microsoft held back a free update on machines running the older Windows XP rather wanted them to pay up to $1,000 a year for custom support.

But when the attack started spreading, Microsoft eventually released a free patch for Windows XP machines but it was a little too late as many users had been locked out of their computers and were asked to pay a $300 ransom to regain access. Microsoft is also using the opportunity to ask businesses to switch to its more secure Windows 10 but trust businesses, many of them are unwilling to introduce new software environments in their organisations.

So here’s a stat for you, about 90 percent of computers in the British NHS (National Health Service) run Windows XP and don’t forget that they were some of the worst hit by the WannaCry ransomware. Analytics firm StatCounter says about 5.26 percent of Windows PCs run XP as of April 2017while Net Applications thinks the number is somewhere around 7 percent but in any case, that’s about 79 million computers considering that there are now about 1.5 billion machines globally running Windows.

The thing is Microsoft could have done more but the responsibility also lies with users to apply patches whenever they are released especially if you’re a business. Imagine the number of patient records for example in the NHS that may have been lost due to this.

Like I said at the beginning, the WannaCry crisis from the initial version may be over yet others versions have surfaced and are harder to detect. Like the saying goes, the best form of attack sometimes is defense.