At the risk of making this article sound too geeky, let me just say researchers in the United States say they have created the world’s smallest transistor. Now you have transistors in your devices and as they grow smaller, the better and faster our machines and the less power they consume so you can understand why this is news. According to Moore’s law (named after Gordon Moore; the American business man and Chairman Emeritus of Intel Corporation) the computing world doubles the amount/size of transistors in a dense integrated circuit every two years and the trend has been true since 1965. But early this year, researchers at North Carolina State said we shouldn’t expect that law to be obeyed this year as they believe we may have reached the maximum with respect to transistor size in 2014  after bioengineers at Stanford University developed a circuit modeled on the human brain. Sixteen “Neurocore” chips simulate one million neurons and billions of synaptic connections, claimed to be 9,000 times faster as well as more energy efficient than a typical PC. 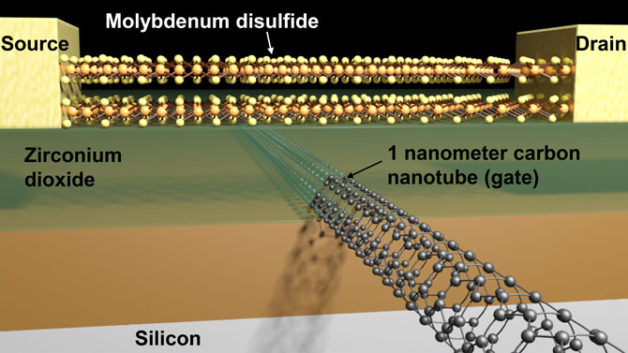 Sorry to disappoint the North Carolina researchers because a team of researchers (Ali Javey, Jeff Bokor, Chenming Hu, Moon Kim and H.S. Philip Wong) say they have now created a transistor sized 1-nanometer at a time when it is thought that a transistor size below 5 nanometers may not work. 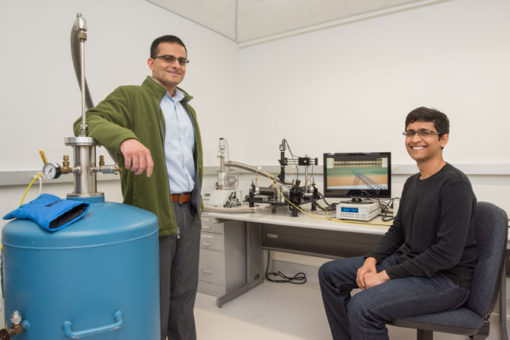 The new prototype was built using carbon nanotubes and molybdenum disulfide instead of Silicon which is what current transistors are built with. “Silicon transistors are approaching their size limit,” said Dr. Moon Kim, professor of materials science and engineering at UT Dallas and an author of the study. “Our research provides new insight into the feasibility to go beyond the ultimate scaling limit of silicon-based transistor technology.”  The choice of molybdenum disulfide instead Silicon is born out of the fact that it is better for control of flow of electrons even when the transistor is at tiny as 1-nanometer

Ali Javey who is the  lead principal investigator of the Electronic Materials program in Berkeley Lab’s Materials Science Division said “The gate length is considered a defining dimension of the transistor. We demonstrated a 1-nanometer-gate transistor, showing that with the choice of proper materials, there is a lot more room to shrink our electronics.”

That said, the announcement is a prototype and once technical challenges are overcome, they’ll proceed to large scale manufacturing. They haven’t been able to integrate this prototype into a chip just yet.

While Moore’s law seems to have been once again obeyed, it looks like this cannot be obeyed indefinitely in the practical sense. In 2005, Gordon Moore seemed to concur with this school of thought.  “It can’t continue forever. The nature of exponentials is that you push them out and eventually disaster happens”. What we don’t know is when but it’ll happen sometime but not in 2016.

Read the  full report on the new transistor prototype which is published today in the journal Science.