Home Enterprise This Guy Thinks Apple Is Worth $1.4tr And Not $700bn. He Also Wants The $195bn Shared 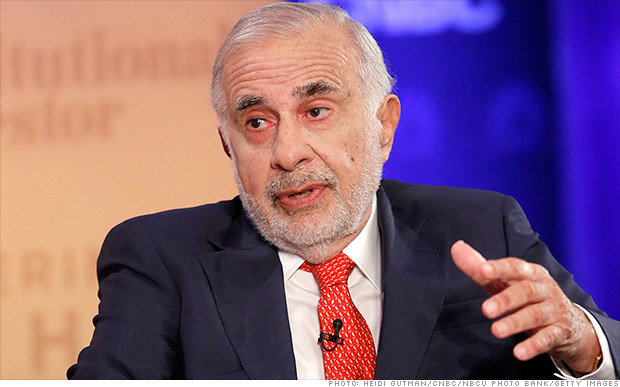 Just recently we posted an article on what you could possible buy with Apple’s market value of $700b but someone has just said Apple could be worth twice as much. This someone is Carl Icahn who can best be described as an activist investor. He wrote an open letter to Apple’s CEO Tim Cook which bordered on two things;

Last year, Mr Icahn called for the split up of eBay and PayPal into two separate business units in order to drive growth and this wouldn’t be the first time he would call for Apple’s cash pile to be shared. He owns about 1% of Apple.

The Letter read in part “after reflecting upon Apple’s tremendous success, we now believe Apple shares are worth $240 today.  Apple is poised to enter and in our view dominate two new categories (the television next year and the automobile by 2020) with a combined addressable market of $2.2 trillion, a view investors don’t appear to factor into their valuation at all.  We believe this may lead to a de facto short squeeze, as underweight actively managed mutual funds and hedge funds correct their misguided positions.  To arrive at the value of $240 per share, we forecast FY2016 EPS of $12.00 (excluding net interest income), apply a P/E multiple of 18x, and then add $24.44 of net cash per share. Considering our forecast for 30% EPS growth in FY 2017 and our belief Apple will soon enter two new markets (Television and the Automobile) with a combined addressable market size of $2.2 trillion, we think a multiple of 18x is a very conservative premium to that of the overall market. Considering the massive scope of its growth opportunities and track record of dominating new categories, we actually think 18x will ultimately prove to be too conservative, especially since we view the market in general as having much lower growth prospects.”

Mr. Icahn also expects Apple to focus on cars which is an area he sees tremendous growth. Before now, there have been calls for Apple to buy Tesla motors which produces electric cars. “The rising cost of oil, its impact on global warming, the geopolitical risks associated with oil dependency (especially as fuel for automobiles), followed more recently by the rise of cost-effective alternatives presents a ‘change the world’ opportunity for Apple,” He expects to see an Apple branded car by 2020.

Apple already introduced CarPlay which allows automakers to integrate your iOS tools like iTunes, mapping and messaging into their manufacturing process.

Is Apple really worth the amount Mr. Icahn has said it is worth/ Well we’ll leave that to financial experts. It might interest you to know that Apple has though been predicted to become the world’s first trillion dollar company.