Facebook has released an app it calls “Hello”. This was detailed in announcement by Facebook on Wednesday. This app has been dubbed as a game changer the caller ID technology. Hello matches the numbers of incoming calls to friends and companies on its social network. This goes well beyond the Truecaller technology. I had initially reported last month that Facebook was planning an app called “Phone”. Well we now know that app is called Hello. 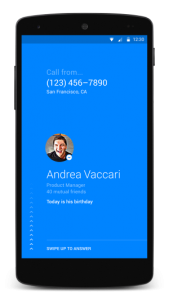 Using this app, the telephone will display the results (picture, friendship status, a brief profile info) on your mobile phone for you to have a better idea of who’s calling you. Facebook currently has over a billions users which represents about one-seventh of the entire global population and this huge database would be very useful in providing a service of this nature. Truecaller requires you to have your number registered but Phone takes this to a whole new level by giving you info on a number on the Facebook platform regardless of connection. 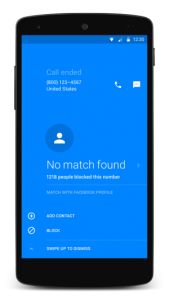 Another great feature of this app is that it also allows people and businesses to call each other directly from their Facebook pages – which is handy if you don’t have their number to hand.

As you may expect, this app is currently available on the Android platform and you can download it from the Google Play Store