When Twitter CEO Jack Dorsey asked users what new features they would like to see in 2017 on the site back in December 2016, a bookmark feature was high on the list of demands by users. Well it now looks as if Twitter listened and will be implementing just that for users. The “save for later” feature will see users now save tweets they see as important but can’t be read at that time. The new feature is expected to be in a dedicated section just like on Facebook and Instagram but seeing as it is still in the works, the micro blogging site hasn’t told us yet when it will be available to all. 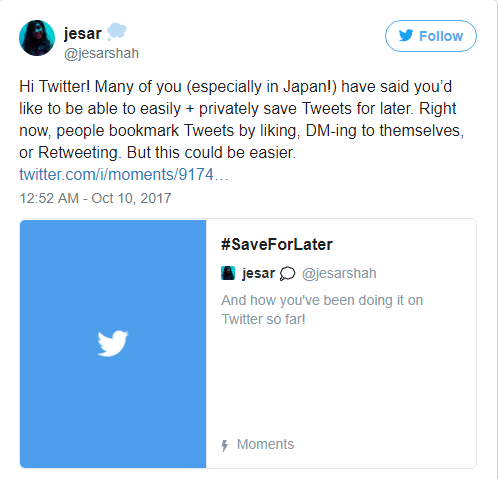 Before now if you want to see a tweet later, you best bet would be to like the tweet and then simply go to your “likes” on Twitter to see it. The problem with this method is that other people can see your likes too and just like the case of the US Senator Ted Cruz who liked a pornographic tweet but later blamed it on staffing error, the embarrassment could have been avoided if the “staff” simply bookmarked the tweet which presumably would be for your eyes only. Apart from this, bookmarking just makes it easier to revisit stuff without liking them because you don’t have to like every tweet you wish to revisit later. 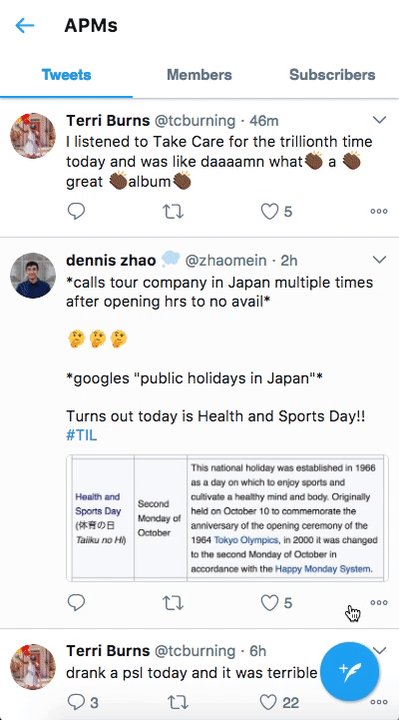 Twitter executives have been tweeting about the new feature even though it hasn’t said anything officially yet. Twitter’s product manager Jesar Shah tweeted a demo of the “save for later” feature in a series of tweets yesterday.

The other thing users had asked for in the pastis the “edit” button again just like on Facebook. Kim Kardashian West is probably the first celebrity to ask for this feature back in July 2015. Maybe just maybe Twitter will add this in future as well without making the site look “Facebooky” even as it plans to increase character limit from 140 to 280 for users who tweet in English.