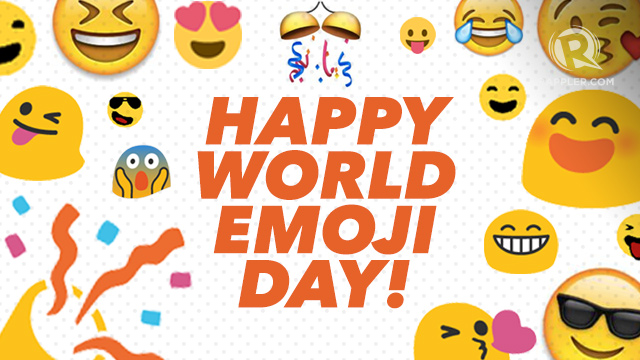 Emojis are colorful smileys used in instant messages to replicate facial expressions,  common objects, types of weather and animals. The use of emojis have gained so much popularity, since their inclusion in Apple’s iPhone and later in Android and other mobile operating systems.

New York’s Empire State Building will be lit up in yellow to mark the day as organsiers aim to put a smile on the faces of many all over the world.

As the norm, the Unicode consortium sets the structure for emojis and decides what should be represented. However, tech giants like Apple and Google have an exception to create their own designs. At the moment, there are 2,666 emojis on the official Unicode Standard list.

Jeremy Burge, founder of the event is also one of the Unicode’s committees to preside over the choice of emojis. He told the BBC  that hundred of applicants are considered yearly and selection is strictly on merit as there has to be “demand for it”.

Although celebrities like Kim Kardashian and Justin Bieber have launched their icons for fans to purchase, they have limitations as reiterated by Mr.Burge. “Kimojis and Justmojis are stickers. They won’t work in every app, you need to download them , they won’t come with your phone,” he added.

Inasmuch as emojis have gained so much popularity that people can hardly chat without them, some mobile phone users have contrasting opinions about the use of these colorful symbols. Dr. Laura Dominguez, an associate professor in linguistics at the university of Southampton opines that emojis are very useful because they sometimes have more meanings than words and can be used to replicate an entire sentence. Nonetheless, the continues that notwithstanding the popularity, emojis cannot replace written language or be recognised as an independent  language.

She proposes further: “The purposes of language are communication and thought. You need language to think. Can you think in emojis? I would imagine that even people who use them a lot to communicate probably don’t use them when they are thinking.”

Emojis cannot take the place of written language because it is limited in every aspect. The popularity comes from a limited facial expressions they replicate.