Back in August 2016, Scottish wind turbines made headlines because they produced electricity equivalent to Scotland’s electricity needs in one weekend in a major boost for the energy source. Well they are in the news again because this time, well they now have the world’s first floating wind turbines in what could change the face of renewable energy. This is so because before now, wind turbines had to be stationed in some point and their height also meant some really great foundation beneath which translates to higher costs as well. The direct result of this is that some parts of the ocean were considered too deep and by implication too expensive for such infrastructure to be built.  But now as Scotland says it has recorded a breakthrough in this regard, it only means the cost of generating electricity using wind turbines will only continue to drop.

Statoil which is the developer notes that this is bound to drop the cost over time (not specified). The technology is set to be deployed later this year and is expected to power about 20,000 households. But the technology was not east to come by and as they said in a blog post, “Statoil will install a 30 MW wind turbine farm on floating structures at Buchan Deep, 25 km offshore Peterhead, harnessing Scottish wind resources to provide renewable energy to the mainland.” 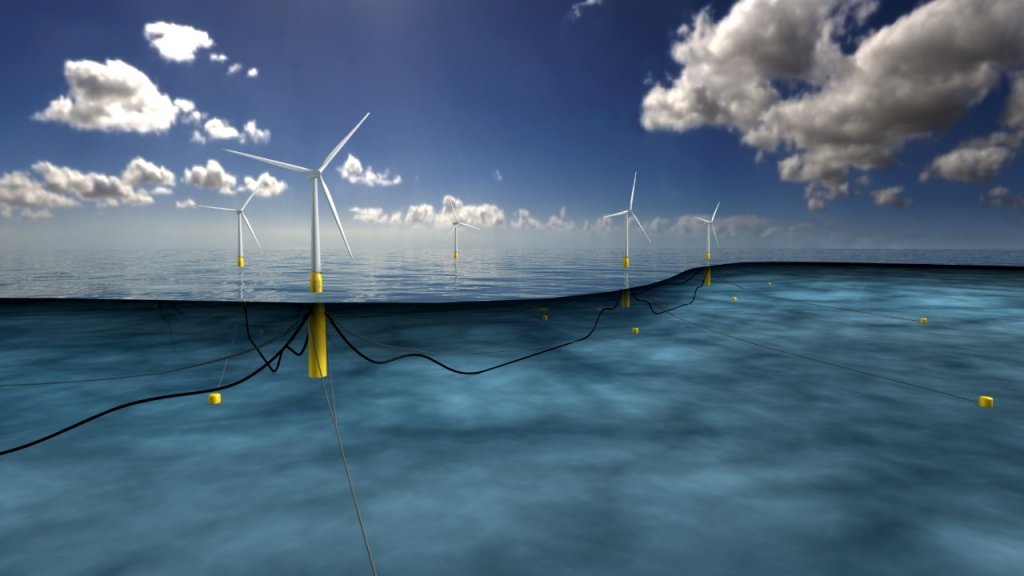 By using some advanced software, the blades are twisted in the direction of the wind and ocean currents at any given time thereby optimising the entire performance of the floating turbine. The structure itself is 175 metre tall and weighs about 10,000 metric tons and can operate in water as deep as 1,000 metres. Now due to cost in the past, engineers didn’t think it was cost effective enough but as turbines now float, it just means most of the concern has been addressed but it’s not exactly clear how much extra power will be generated using this new technique although I assume more because with better ways for the blades to work with ocean current and wind, it means more energy generation. The other assumption is that the further across the ocean it can go, the more the wind and this means more energy eventually. If the cost of construction eventually drops, this means more power at less expensive rates.

With more 40 years offshore experience, Statoil says it has been testing the floating wind farm idea for the past six years but now it thinks its show time for the idea which will be located in Scotland.

It might take while for this to compete with fixed wind turbines have seen their cost drop more than 30 percent since 2012 but Statoil thinks it’s only a matter of time before everyone jumps on this train too.