You know how you want to read YouTube comments on iOS and Android devices and the video you’re watching has to shrink so you can read the comments? It looks like that’s all about to change if a reports making the rounds online are true. A Google+ user posted this online yesterday when he said it now looks as if Google will now let you read those comments and replies without the YouTube player shrinking. So for this to happen, it looks like the comment/replies thread will open in a separate space so that you can read while watching videos. Here’s what the new comments section looks like; 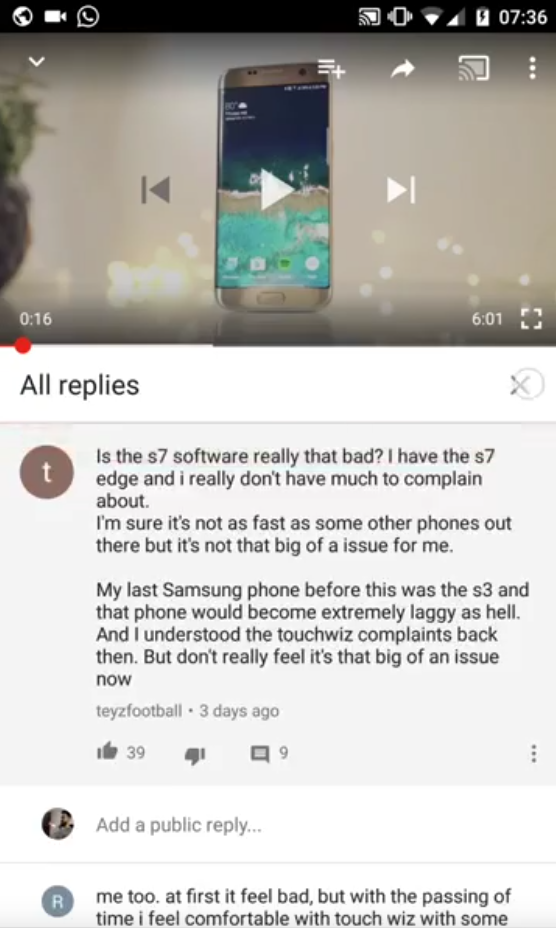 But don’t expect to see it even if you update your YouTube app today as it looks as if it’s just a test that accessible by a small number of mobile YouTube users now. But since some have started seeing this update, you can expect it to roll out to everyone very soon and there may be an official announcement to that effect which we will bring to you.