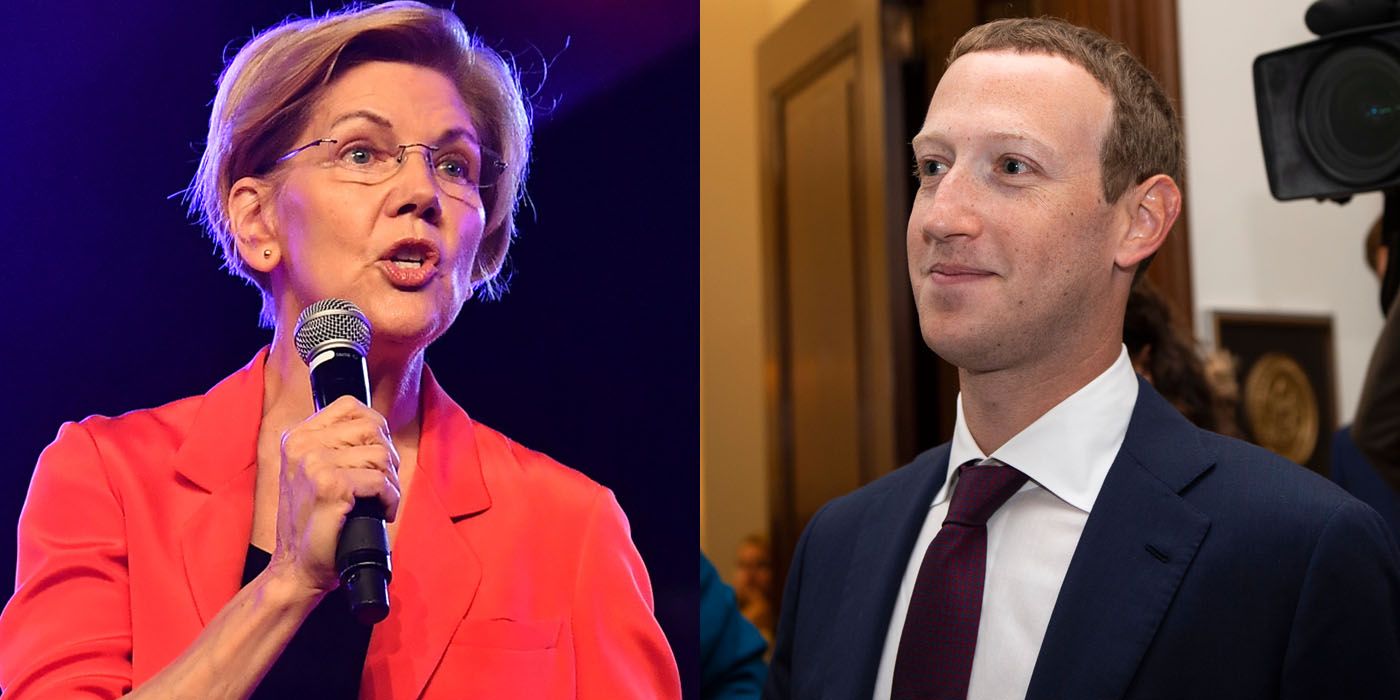 Facebook boss, Mark Zuckerberg told his employees in July that the company would fight tooth and nail to defeat democratic candidate Elizabeth Warren’s expected effort to break up the world’s largest social media company if she’s elected president, according to a leaked audio recording published by The Verge.

Warren had suggested in March to break up big techs like Amazon, Facebook and Google. She quickly retorted via Twitter, where she noted that Facebook champions a corrupt online system where it has built more market dominance by acquiring its competitors like WhatsApp and Instagram. The social network tried to acquire snapchat twice.

“What would really suck is if we don’t fix a corrupt system that let’s giant companies like Facebook engage in illegal anticompetitive practices, stomp on consumer privacy rights…More than 85% of all social networking traffic goes through sites owned or operated by Facebook. They’ve got a lot of power- and face little competition or accountability.”

Facebook has been accused of internet monopoly for chairing major traffics on the internet. The CEO was asked to take a bow for fear that he was wielding too much power. Regardless of these, the Facebook boss always comes out unscathed.

“They’ve bulldozed competition, used our private information for profit, undermined our democracy, and tilted the playing field against everyone else,” Warren tweeted.

Mark Zuckerberg in the leaked audio spoke against breaking up big techs because doing so would make the internet more vulnerable to interference. If the companies work independently, they possibly can’t coordinate the content distributed across the platforms, Zuckerberg said.

With over 2 billion monthly users, Facebook has been repeatedly backlashed by privacy campaigners, regulators and politicians all over the world over its data sharing practices. It was criticised for failing to prevent Russian interference during the 2016 US presidential election. President Trump and other republicans have also criticised the social network over an alleged bias against conservatives.

An open antitrust investigation into Facebook by The Federal Trade Commission is currently ongoing, alongside a group of state attorneys general led by New York.

During his visit to Capitol Hill last month for the first time since he testified before the US congress in April 2018, Zuckerberg explained his reasons for sending delegates for some pollical hearings in some countries in the wake of the Cambridge Analytica scandal. He sent representatives to the politicians in the UK with an excuse that he had been present at the hearing in the US and the EU.

“It just doesn’t really make sense for me to go to hearings in every single country that wants to have me show up and frankly, doesn’t have jurisdiction to demand that.”