In a statement made available by the Minister of Communication through his Special Assistant on Media, the Federal Government plans to build a $1bn ICT company to boost technology development in Nigeria.

Barr. Adebayo Shittu, Minister of Communication said in a lecture delivered at the University of Ibadan that the Federal government is committed to developing the Information and Technology sector to reduce the $1.5tn spent by Nigerians of foreign education yearly. As reported by Punch Nigeria, the statement was made available to their correspondent through Mr. Victor Oluwadamilare, his Special Assistant on Media. 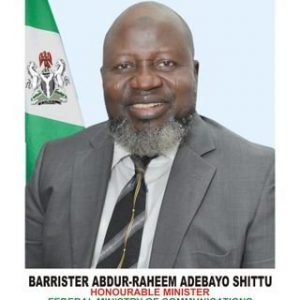 He said further, I have engaged with several stakeholders at the international level-Facebook, Motorola and Ericson- and I am still talking to more stakeholders. We are encouraging them to come and adopt the respective university campuses as their own. I am happy to report that this project is receiving a global boost and endorsement. The committee set up has been working round the clock on the realization of this objective and has indeed submitted its final report. A vice chancellor and other senior officials will soon be appointed.

By leveraging on ICT, the minister hopes that the present burden of unemployment will drastically reduce. Not only will the establishment of the proposed ICT University of Nigeria by the Federal Government develop world class local capacity, it will reduce the demand of foreign currency to train citizens abroad. He noted that this factor has contributed to the devalued naira.

The Minister said further, We already have the Digital Bridge Institute, which is for short-term training programs in six locations across the country and we will transform this institute into the ICT University of Nigeria.

The University which is to run as partnership between the private sectors and the Federal Government will take effect in September 2017.

The Federal Government also wants to ensure the commercialization of the nations research findings. This was made known by the Minister of Science and Technology, Dr. Ogbonnaya Onu. He said, This is of great importance to our nation because for so long, we have depended on importing our needs. This is no longer acceptable. We must find a way to make sure that our research findings are commercialised.

With all these in place, the strain on the naira will come a halt as well as the hunger for imported education