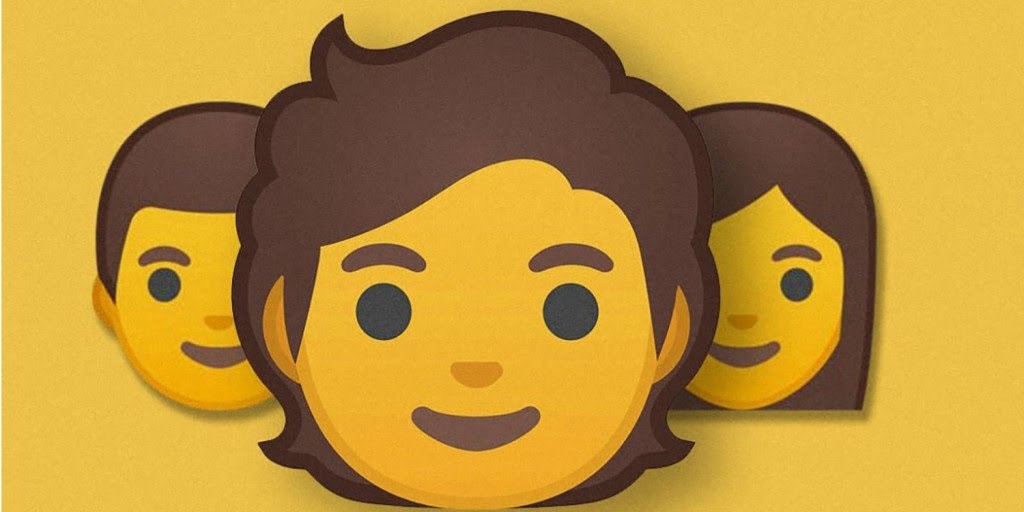 As part of the Android Q update, Google has added a slew of brand new non-binary or genderfluid emoji that can be used right now exclusively on Pixel devices—The emoji have been designed to sit happily between the existing male and female emoji that are found on all versions of Android. These new non-binary options are expected to come to all devices running Android Q later this year.

Now there exist over 3,000 emoji, and most of these are an entirely new character and symbols, but others are new race and gender combinations for existing emoji. Google’s approach is to create emoji designs which could conceivably be either male or female. Now Google has made a different approach to this as some have genderless and mid-length hair while the Dracula emoji has had its clothes changed to an androgynous chain rather than a bow-tie (male) or choker (female).

“There’s no singular way of getting it right. Gender is complicated. It is an impossible task to communicate gender in a single image. It’s a construct. It lives dynamically on a spectrum. I don’t believe there is one visual design solution at all, but I do believe in avoiding it is the wrong approach here. We can’t avoid race, gender, any other number of things in culture and class. You have to stare it in the face to understand it. That’s what we’re trying to do–to [find] the signifiers that make something feel either male or female, or both male and female.”

However, the new emoji will neither expressed as male nor female, but gender ambiguous. The emoji reportedly underwent many iterations in order to avoid characteristics that could be interpreted as those of a man or a woman, opting instead for fluid hairstyles and style choices. For example, a swimmer emoji wears what appears to be a body suit rather than a swimsuit or no shirt at all, and a merperson is depicted with crossed arms rather than with a shell bra or no covering at all. A gender-inclusive vampire, meanwhile, is shown with a stylistically ambiguous hairdo and neck ornament. Others include a zombie, a genie, and emoji depicting various athletic activities

So now 53 new emoji are exclusively a new Google Project so if you send them to a non-Google Smartphone and they would be still assigned gender, and this might be a significant drawback of this. So Daniel thinks that other companies might eventually adopt a similar approach and in the long term, Daniel desires the emoji to be more viable universal. However, this doesn’t mean old gendered emoji would disappear.

These new emojis will initially be available on Pixels in the coming days, before expanding to all Android devices. In the meantime, if you try to send one of them to a device that doesn’t support gender-neutral emojis yet, it will simply pick a gender-specific one.