Transferring files between Apple devices is incredibly easy thanks to a great feature called AirDrop. Whether you’re moving files between your iPhone and your Mac, or you’re looking to transfer all the photos you took with your friends’ devices who also rock iPhones, AirDrop does it all. And going forward, Google will have its own alternative for AirDrop called Fast Share that’s coming to tons of Android handsets, not just the ones that are getting the upcoming Android Q update.

Google’s Fast Share feature, as the publication observed, is quite similar to Apple’s AirDrop feature. Instead of using NFC, as was the case with Android beam, it uses a combination of Bluetooth and Location to transfer files to a nearby device without internet over a direct Wi-Fi connection. This will allow users to transfer large files comparatively quickly than Android Beam.

What’s more? Fast Share also gives users the option to give ‘Preferred Visibility’ to select users with which they share files frequently. This would enable faster transfer of files by making sure that people who have preferred visibility can see your smartphone even when you are nearby but are not using Fast Share.

Hold on, there is more. Apple’s AirDrop feature is essentially focussed on sharing files with other Apple devices. However, Google’s Fast Share feature that is expected to be available with Android Q when it launched formally next month, appears to be working with a variety of devices including iPhones. 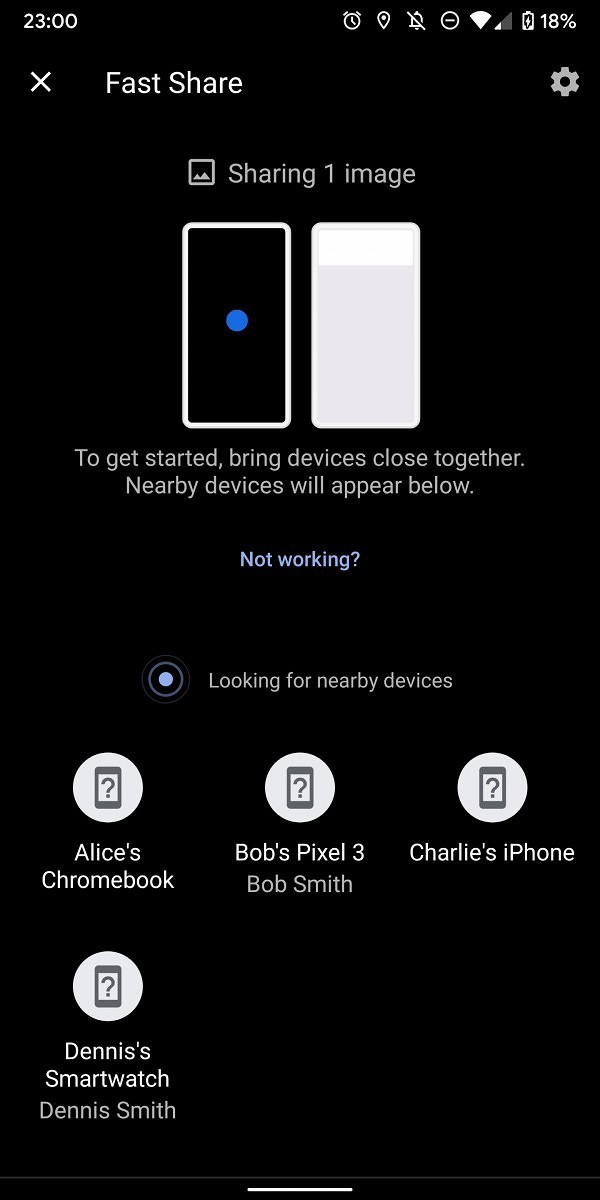 As per screenshots posted by XDA Developers, the feature will allow you to share files without an internet connection as well. What’s surprising is that the screenshots also includes an iPhone along with a Chromebook and a Google Pixel 3—And also it indicates that Android Q users will be able to use the Fast Share feature to transfer files to other Pixel phone users, Chromebook users and Wear OS. 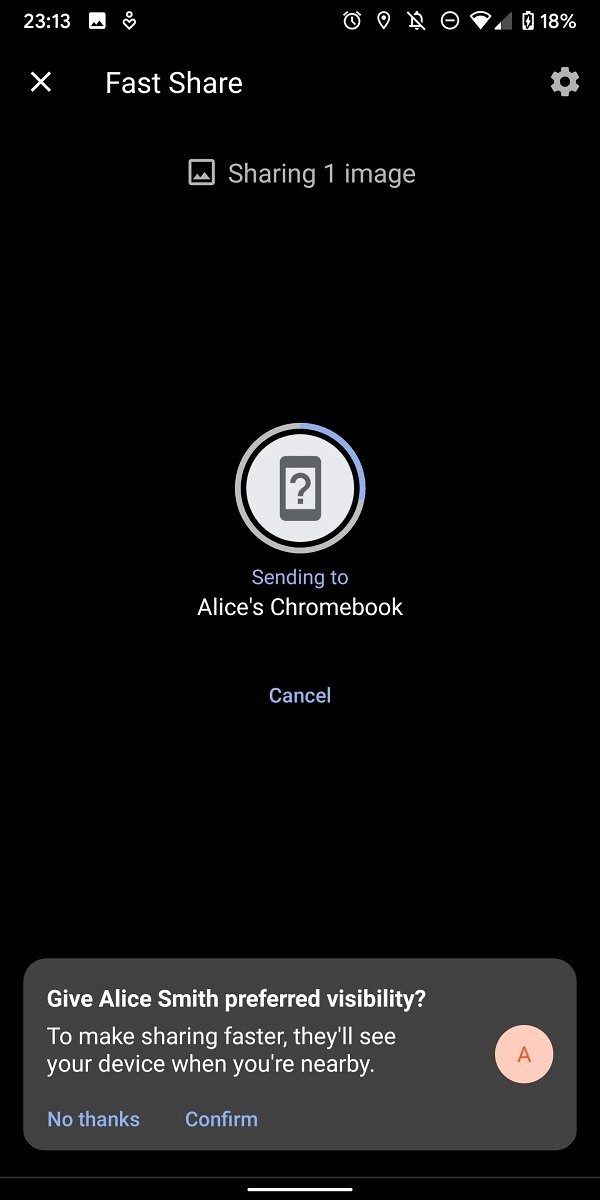 What’s astonishing is that the feature appears to be working with Apple iPhones as well—But we can’t be sure of the compatibility of the feature with iPhones just yet. And so, we will have to wait for the official roll out of the Android Q to know more about this feature.