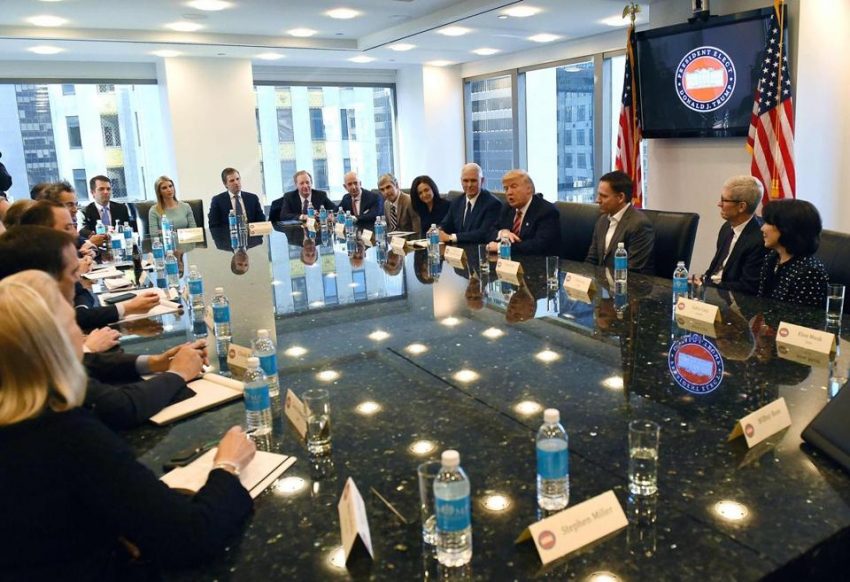 There’s hardly anyone who has access to the internet or has a TV set who doesn’t know that America has a new President and his name is Donald Trump and that he promised some really strong reforms. One of those reforms is immigration in a country that calls itself a nation of immigrants but having spent a little over a week in office, the new administration has gone ahead to issue executive orders stopping more refugees from entering the United States at least for the next 120 days. Others include stopping travel from countries like Iran, Iraq, Yemen, Somalia, Sudan and Libya among others. This led to a series of entry denials over the weekend at several US airports even for Green card holders and as you might expect, there were large protests across the country too. But the tech sector could be one of the hardest hit seeing as it has one of the biggest concentrations of immigrants in the US. This led Google and other tech companies  to start issuing directives to employees about the new order and one of the ways they know how to fight the new presidential directive is to donate to organisations like the American Civil Liberties Union (ACLU) which has gone to court and obtained a judgement asking the Trump administration to suspend the ban for now.

According to the American tech news site TechCrunch, a number of executives also followed:

In addition, Google has created a $2 million “crisis fund” that can be matched by up to $2 million in donations from employees. The fund is for four organizations: the ACLU, Immigrant Resource Center, International Rescue Committee and Mercy Corps, according to that report. Google executives are separately giving money to the cause, though the report didn’t cite specifically who. A spokesperson for Google confirmed the existence of the fund.

The ACLU challenged the executive order and won an emergency stay that will allow those who landed in the U.S. with a valid visa (or are currently in transit) to enter the country and stay. The stay was issued by a federal court in New York.

Even Uber which angered users by ignoring a strike by taxi drivers at the John F Kennedy airport in New York is now creating a $3m legal fund for drivers affected by the ban. Even though several users using the #DeleteUber on Twitter said they won’t be using the service but maybe the announcement might change their minds eventually.

Why’s the tech sector so interested in the ban than most you may ask,

Well the number one, it is estimated that about 37 percent of people working in Silicon Valley. According to the Washington Examiner, nearly three-quarters — 74 percent — of Silicon Valley-employed computer and mathematical workers ages 25 to 44 are foreign-born, according to the 2016 Silicon Valley Index, which is released every February.

The other reason is that 51 percent of the billion dollar startups in the United States were founded by immigrants. The Wall Street Journal published a report on this and according to a study from the National Foundation for American Policy, a non-partisan think tank based in Arlington, Va., shows that immigrants started more than half of the current crop of U.S.-based startups valued at $1 billion or more.

These 44 companies, the study says, are collectively valued at $168 billion and create an average of roughly 760 jobs per company in the U.S. The study also estimates that immigrants make up over 70% of key management or product development positions at these companies.

Companies like Google and Instagram were either partly or wholly founded by immigrants and so you can probably why the ban is personal.