Home Enterprise 7 IT Skills That Will Get You Hired
Share

New age technology like Android, Big Data and cloud computing have somewhat changed the job scenario in the IT industry over the years. While 2014 is not expected to be very different from 2013, there are certain skill sets that make a tad more sense than others. Here are InformationWeek’s predictions for the most sought after IT skills of 2014.

2. Business intelligence (BI): Although this is a subset of the Big Data arena only, it still makes for a separate job environment as well. BI designers are expected to become more important as BI itself should evolve to be much more beneficial and productive for companies.

3. DevOps: DevOps or Development and Operations professionals are already in demand in the industry. With the increased usage of cloud and mobility features, these experts should be still more useful for any enterprise.

4. Linux pros: Many have started to notice Linux and 2013 was a big year for this open source powerhouse. According to the Linux Jobs Report from Dice.com and the Linux Foundation, three out of every four Linux professionals had been called by companies in the last six months.

5. Mobile developers If you have skills in mobile development, you are going to get a job in 2014. Moreover, they also have the option to make their own app and then prepare their own startup, maybe even refuse a billion dollar offer from Facebook! 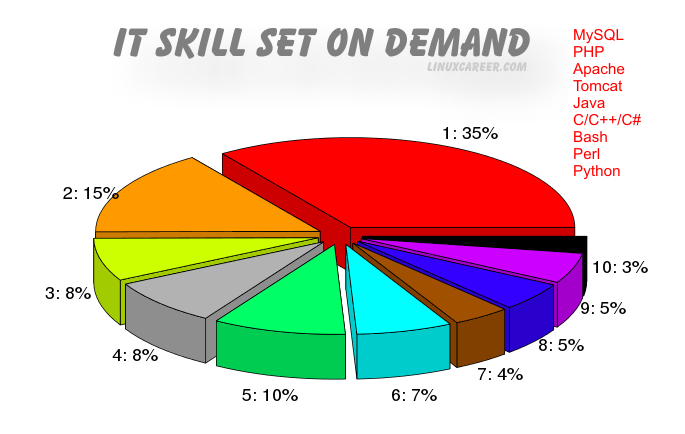 6. .NET and Java developers: Programmers in this department have never really found the job market to be tough for them. That will continue in 2014 and they shouldn’t find it difficult to find jobs.

While these skills will be sought after in 2014, reports say that there is also a growing pool of employers from the small and mid-sized business (SMB) industry. This contributes quite a bit to the employment opportunities for the above IT professionals. In fact, with the growing number of start-ups that the app development segment has brought, it is not a long shot for these SMBs to be amongst the best employers in 2014.