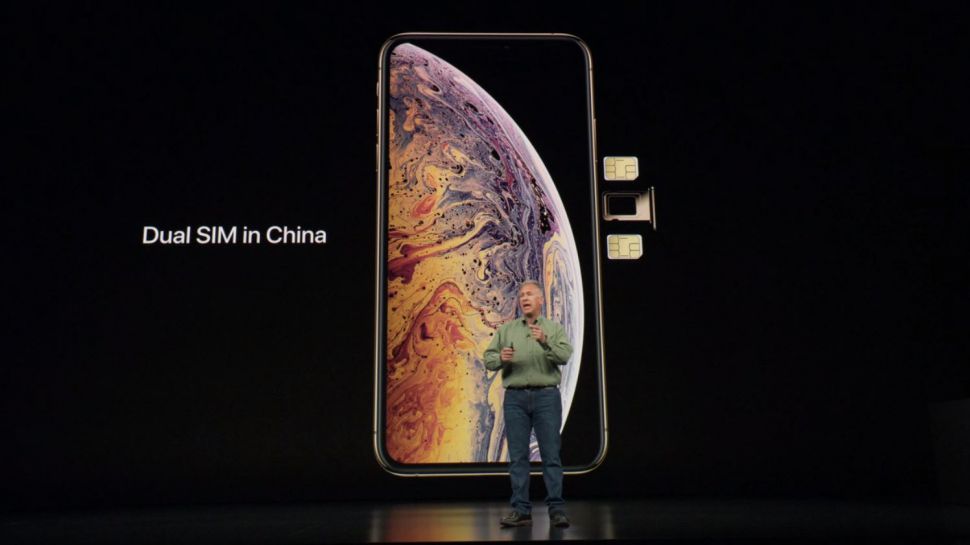 Apple announced its new phones, the iPhone XS and XS Max yesterday and with the announcement came the reviews and analysis. One standout thing though that I think wasn’t seriously emphasised was that Apple is now a dual SIM device player; something Samsung and other major players have since implemented in emerging markets and have seen growth over the years. Before we take a look at this, let’s talk about what a dual SIM iPhone XS looks like and how it works. 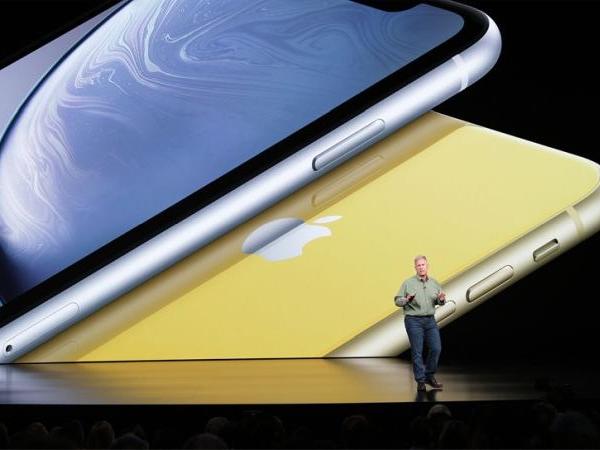 The Chinese variant of the new iPhones has two SIM openings for including two physical nano SIM cards though whatever remains of the world gets one SIM space and an implanted SIM or eSIM. Despite the fact that the new iPhones are furnished with eSIM innovation, it doesn’t work out of the container and will only start working by an update Apple will release later this year.

eSIM use is surely growing, but why Apple has enabled this feature for only the Chinese market is still surprising as usual considering that the use is on the rise all over Asia and Africa especially. Most nations where this is a required component don’t generally have a telco that offers eSIM abilities. Be that as it may, in light of the fact that China doesn’t permit eSIM right now, is the reason new iPhones have double physical openings there.

Apple through its devices over the years forced mobile operators from making big SIM cards into micros ones and now nana SIM cards. Now it looks like the American smartphone maker now wants the same operators to start focusing on eSIM cards but markets are not quite ready for that yet.

Now we’ve been talking about eSIM cards but what are they? Well an eSIM is a SIM-card that is embedded in the mobile device. An eSIM will come in the form of an integrated SIM chip that cannot and need not be removed from a device. The eSIM is sometimes called an eUICC (embedded Universal Circuit Card). The information on the eSIM will be compliant and rewritable by all operators. In other words, eSIM is a Sim cards that is software based and cannot be removed unless deactivated by an operator. It is a hot topic and is expected to replace the physical SIM cards in a few years.

This also means that future iPhones would come without a SIM card slot as more operators and phone makers come into agreement as to when the rest of us should start using it.

This may sound like a strange concept to some users in developed countries but it is a really common thing in Africa and Asia. It’s common to find people carrying more than one phone at a time and they are not freaks. You see a network may have a better coverage in your home area than in the town where you work and because you don’t want to miss important stuff at any time, you should have two SIM cards.

The other reason could be that one operator has a better data plan while another has a better voice plans. So since users are not bound to any contract like what’s obtainable in the West, the two SIM cards solution become an easy way out.

Then there is roaming as well. You might retain your home SIM card in the phone and a local SIM to enable you switch between both SIM cards for whatever benefits.

There are other reasons but this is why many smartphone makers decided to “help” users by making smartphones with dual SIM capabilities. Samsung, an Apple rival has had such solutions for years and it looks like Apple is now playing catch-up. That said, just as Apple played a big role in the change in size of SIM cards over the years, it looks like its latest could change the face of such devices over the years. 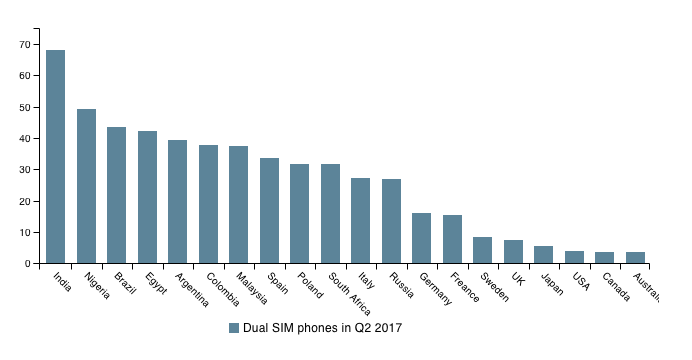 In the second quarter of 2017, Nigeria and Egypt commanded a 49 and 45 percent of the dual SIM card market share in Africa. Overall India has the highest number of dual SIM phones with a share of nearly 70 percent. Nigeria now has over 145 million active lines and with a population of 180 million, it would seem as if nearly all Nigerians now have a phone and with some saying Nigeria has teledensity of 105 percent, all should be well right? Not exactly. Of the 180 million population, about 42 percent of us are between the ages of 0-14 years. There is also a very high dependency ratio of the country at 88.2 dependents per non-dependents.

The proportion of children under the age of 15 in 2010 was 44.0%, 53.2% was between 15 and 65 years of age, while 2.7% was 65 years or older. That said, the number of Nigerians with a phone would be around 95 million and when you put this against the 145 million active lines reported by the National Communications Commission (NCC), then it gets weirder. This only sane explanation is that the majority of the 95 million have more than one SIM card for different reasons as explained above.

Accordign to the Financial Times, solid design and low prices helped China’s Transsion Holdings (makers of Tecno, Infinix and iTel) overtake Samsung this year to become the number one smartphone company by sales in Africa, and now it is making inroads into India. 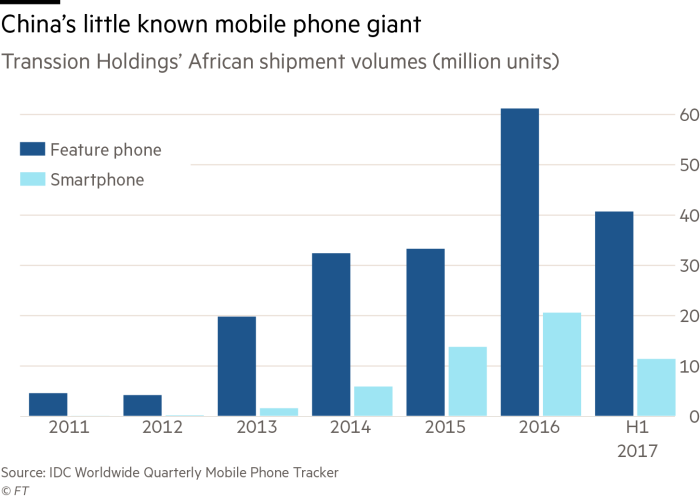 Together, they have about 35 percent share of the market. In Nigeria, Tecno reportedly has a 16 percent market share, while Infinix holds a 6 percent share while iTel comes second after Tecno with a market share of 10 percent. Experts think the figures are much higher at least from street polling. Nearly 50 percent of the 95 million phone using population of Nigeria may actually be using these brands. Then there is Gionee from China as well coming up very fast in the Nigerian market as well. These phones offer just about what every other Android smartphone offers only they are far cheaper than the iPhones and Samsungs. 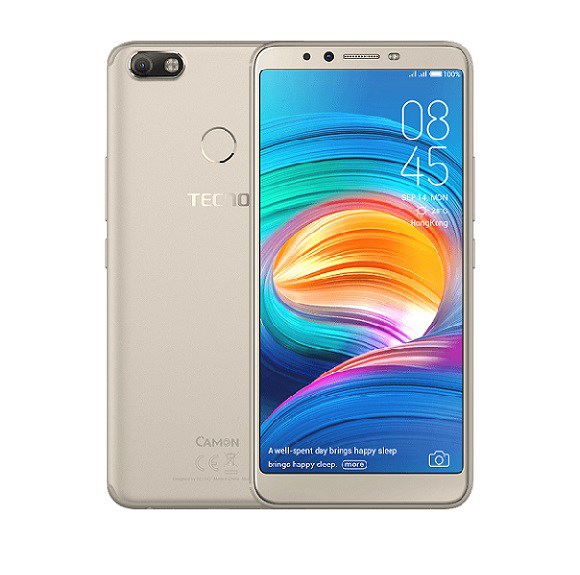 Apple doesn’t seem to have an interest at the moment to compete in the African dual SIM market just yet at least from their body language over the years. Apple hardly has an official support centre in Nigeria even though it might be its largest market in Africa. Maybe this will change gradually as it tries the dual SIM technology in China.