Home Research/How to do it Space Mysteries: Do Astronauts Drink Alcohol In Space Or How Do The Females Ones Manage Their Period?
Share

Space exploration has made us learn more about our planet and other neighbouring planets and has helped answer some big questions about life outside the earth. Other questions linger on but scientists are working daily to help us answer other big question that border on whether we are alone or not. That said, these scientists that have to jet out of the earth at intervals to help us find answers are popularly known as astronauts and they are human who have feel the same way we feel and the big question is how do they cope under different conditions when they are far away from their earthly homes.

With respect to alcohol, the first thing to know is that while it may not consequential, its discouraged for the reason that alcohol and other volatile compounds impact the International Space Station’s  (ISS) water recovery system. But the bigger reason could be that without the aid of gravity, liquids and gases can tumble around in an astronaut’s stomach, causing them to produce rather soggy burps. 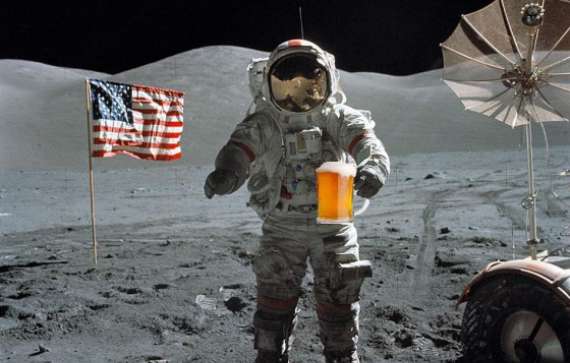 What you see in the image is water we’re told

That said, there is also what is now regarded a myth that drinking in space could actually significantly accelerate the rate at which you get drunk probably because of reduced gravity and height which means you will naturally be light headed. But a BBC report by Bryan Lufkin that looked into this said this could in fact be false. He went on to reference a study of 17 men who were given vodka at ground level under the earth’s gravitational force and in a simulated environment of 12,500 feet. They were asked to complete mental tasks including math and tracking lights on an oscilloscope among others and this led the researchers to conclude that “there was no interactive effect of alcohol and altitude on either breathalyzer readings or performance scores.”

There is also the reason of damage to International Space Station equipment which is valued at $150b and travelling through a near vacuum at 17,200mph. We wouldn’t want anyone damaging such an expensive asset and that’s another reason why they are not allowed to drink in space.

But perhaps the biggest reason for not allowing astronauts consume alcohol in space could be moral side of it. As is stands, the government doesn’t encourage you to drink and drive or even pilot a plane for that matter and so astronauts shouldn’t be held to a different standard. But this doesn’t mean there are no astronauts who haven’t consumed alcohol in space. As the BBC report goes, small amounts of wine may not be bad even for astronauts just as it’s allowed for drivers in certain countries. Going to space is a mission by itself and so serious care must be taken not to jeopardise it or the health/mental balance of the scientists sent on that mission.

Now the world is turning its attention to Mars which takes a longer time to reach and for maximum efficiency, astronauts of different backgrounds may have to work together to make this a reality and so what happens when one is drunk and needs the other to complete a task or what happens when Christian and Muslim astronauts are paired on such missions? This becomes a cultural clash which we want to avoid at all costs on space missions. But others argue though that seeing as it takes maybe up to a year to get to Mars, some of the alcohol restrictions should be relaxed a bit.

The other subject is the female period cycle.

So what how have female astronauts coped all these years in space when on their periods? 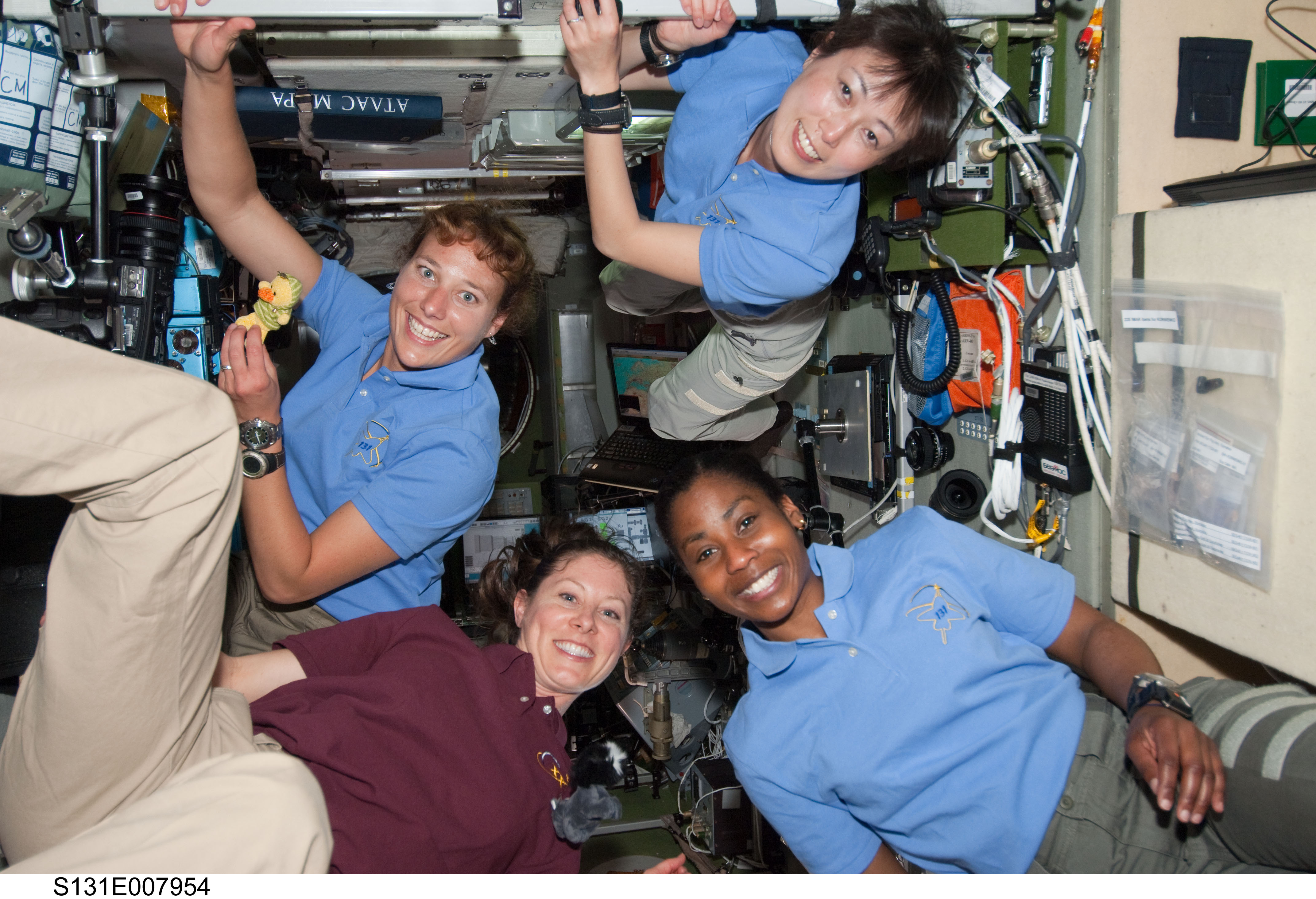 Female NASA astronauts on a mission

According to a paper titled “Medically Induced Amenorrhea in Female Astronauts” by Varsha Jain; a gynecologist and researcher at Kings College London  and Virginia E Wotring, they said in the early days, waste disposal systems were provided for in space which allowed for women to have their normal period but its surprising that while many other bodily processes change as a result of being in space, the menstruation cycle goes on as normal.  There are flight surgeons who are there to assist with complications but seeing how stressful this can sometimes be, female astronauts just prefer to take some contraceptive pills to prevent their cycle from happening while on a mission. But while putting a period on hold for some time may not have an adverse effect on women, what about if they have to do this for years?

For mission like that of Mars that could take up to year, a woman may need about 1,100 pills to cope and this is quite a heavy load but there even with respect to weigh and disposal options. The paper writers are now proposing a better way which they term long-acting reversible contraceptives (LARCs) which they say  are safe and reliable methods used to medically induce amenorrhea terrestrially but as of yet, not extensively used by female astronauts.

“If LARCs were used, daily compliance with an oral pill is not required and no upmass or trash would need disposal. Military studies have shown that high proportions of female personnel desire amenorrhea during deployment; better education has been recommended at recruitment to improve uptake and autonomous decision-making. Astronauts are exposed to similar austere conditions as military personnel and parallels can be drawn with these results.”

Furthermore they say that while LARCs are now available globally and have proven to be more reliable, “a US study evaluating contraceptive use terrestrially up until 2010 discovered that of the 62% of women using contraception in the study, only 5.6% used LARCs compared with 28% using COC (combined oral contraceptive) and 27% who were sterilized.”

“LARCs encompass the progestin-containing subdermal implant and the LNG-IUD. Neither contain estrogen and therefore are not susceptible to estrogenic side effects or restrictions. They provide long-acting contraceptive benefits and are used medically to treat menorrhagia, fibroids, and endometriosis, whereas not impacting BMD. LARCs offer long-term therapeutic advantages as well as a reduction in mission upmass in comparison with daily COCs, no packaging to dispose, and they dispel concerns regarding stability during storage.”

The report went on to say there is actually no immediate problem with putting periods on hold for the short or long term especially on military operations that have to do with space.

There you go, mystery solved on how astronauts deal with alcohol and menstrual cycles in space and this could apply to war and other military missions too. In fact there are civilian applications like vital medical missions, important academic assignments among others.