Facebook is at it again and perhaps this time they may have just given us all the evidence we need that they actually want to take on Snapchat in all ways possible. Facebook made an announcement today on its website and the long and short of it is that Stories is coming to the main Facebook app. 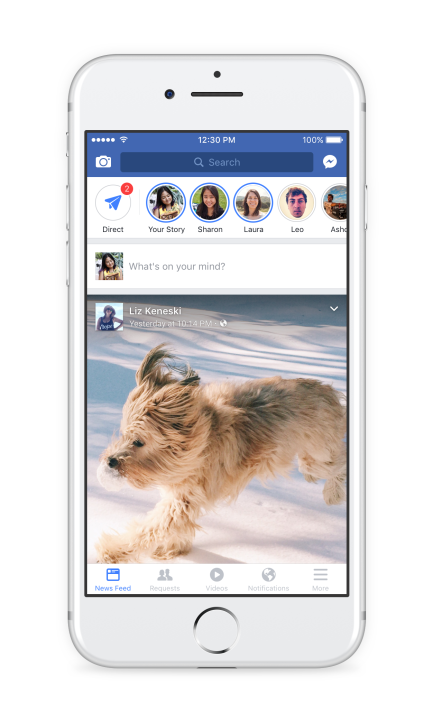 Without even bothering to change the name at least in the main Facebook app, they say you can now see what your friends have been up to in the last 24 hours through their photos video, camera effects among others. Just like in Snapchat and Instagram Stories, you will see a round set of profile pictures at the top of the app and if you’re interested in any of the stories there, all you have to do is click on it and that’s it.

You can create Facebook Stories easily by clicking on the camera icon in the top left corner of the Facebook app just before the round profile pictures and from there you can take photos and add other effects. Once posted, know that your Story disappears after 24 hours.

But this wasn’t the only thing they announced today. There is the launch of Direct which is a kind of a new inbox for direct messages. “When you send a photo or video via Direct, your friends will be able to view it once and replay it or write a reply. Once the conversation on the photo or video ends, the content is no longer visible in Direct.” 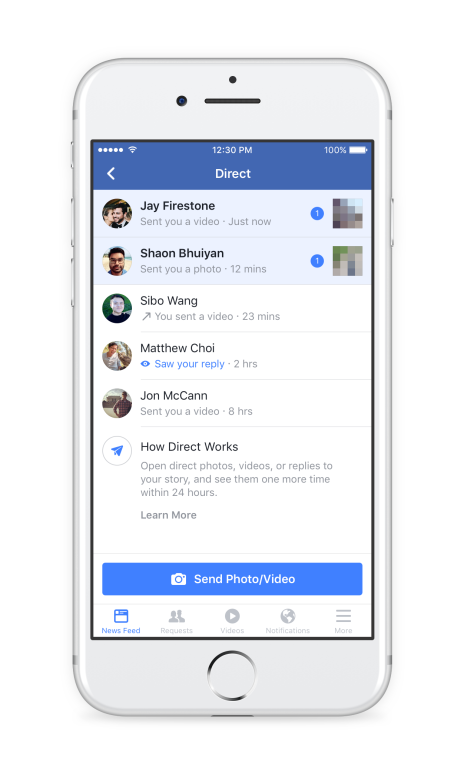 While Facebook has been in hot water a few times for out rightly copying Snapchat, it would seem as though, they have been able to copy, modify and launch successfully as is the case with Instagram Stories which has gone ahead to be the favourite so far. WhatsApp (another Facebook product) has added Stories in addition to Messenger. With this, Facebook knowing the power of Stories has added the feature to its main apps.

That said, you may not see Stories and Direct right away but pretty soon I believe.