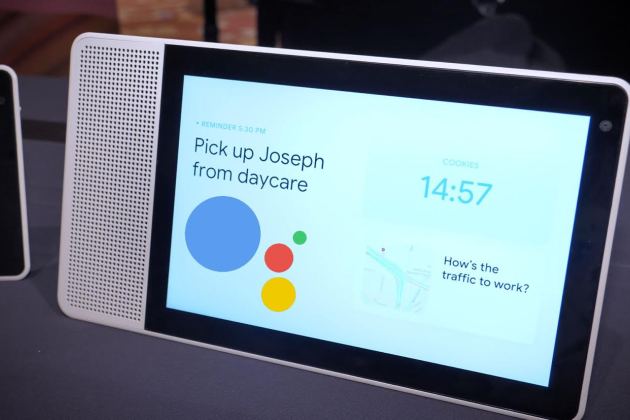 According to a report today by Asian news site Nikkei, Google could be launching an Amazon style Echo Show not long from now with its own smart speaker features that can be controlled from a screen. What started as a rumour now seems to be in the works with the report adding that the internet giant could be shipping some 3 million of the devices by year’s end in what is described as the first batch just in time for the holidays.

The Google device follows the LG pattern of smart speakers instead of the Lenovo two screen smart speaker gadget.

Right now no one is sure of the names Google could choose for its device but as 9to5Google notes, names could include Pixel Slate and Screen. Pixel which represents is flagship smartphone/smart device series and then there’s the Screen idea which comes from the fact Google gives unconventional names to some of it products and services, take the Android flavours named after snacks for example. Maybe even the Home smart speaker device which was announced back in May 2016 for example.

Just this past April, Google’s VP of Home gadgets Rishi Chandra did not discount the organisation making its own particular smart display gadget.

Some widely reported specs of the upcoming gadget may include two microphones, front camera and maybe a larger than 10 inches screen.

With respect to market trends, Google may just be in time as other players like Alibaba, Xiaomi and Apple maybe preparing their own smart speaker display devices soon. Demand though is on the side of these tech giants as it is expected that there will be more than 100 million installed smart speakers by the end of 2018 which is 2.5 times more than the 2017 figure in the same period.

That said, Amazon still leads this market with a share of 6 percent while Google controlled 32 percent of the market.

Google represented 36% of around 9 million units dispatched in the January-March time of 2018, with Amazon’s offer tumbling to 28%.