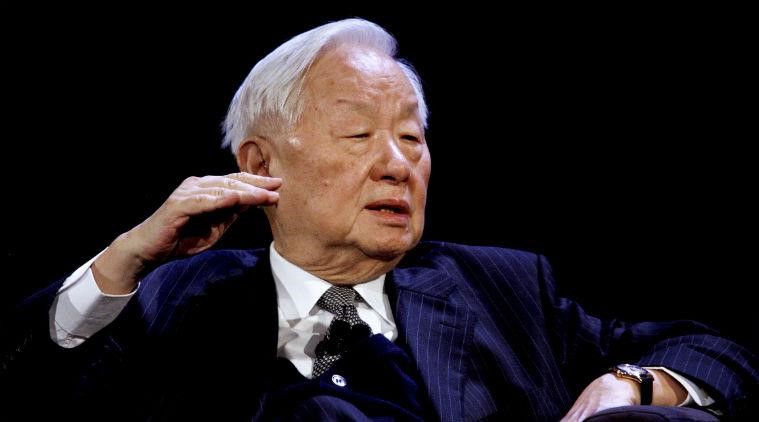 After 30 years of a well spent life in  as the Co- chairman, and founder of Taiwan Semiconductor Manufacturing, Morris Chang decides to take the back seat as he hands over the affairs of one of the world’s largest producers of order- to make microchips to the company’s two co-chief executives by June next year.

Morris Chang made his retirement announcement known during the 2017 revenue forecasts that has surpassed the analyst estimates. TSMC has experienced a high growth rate which is close to 10 percent this year in the US, he said, that the revenue has increased and has surpassed the 4% per cent increase projected by the analysts.

The company by next year June will be run by two co executives , Mark Liu who will succeed the 86 year old man Morris Chang and will be responsible for handling the business decisions, and will have the final say in terms of strategic direction that will place the company forward while the  Co-executive CC Wei will be the chief executive officer, orchestrating operations and will be responsible for taking his clues to the board of directors for proper analysis and decision making as explained by  Chang to reporters during the revenue forecasts news conference.

According to reports, there have been a longstanding speculation about Chang’s retirement and who he will be handing over to. In 2013, Chang had a partial step down and placed his two co -executives Mark and Wei. But with this announcement Chang has decided to completely step down and step away from the company he founded in 1987, he explains further “I came to my decision to retire gradually. Of course it had something to do with my age,” Chang said, emphasizing he will no longer hold any positions at the company come June. And he added that “As for when, I made that decision, I made it at the beginning of this year.”

The three decades old company is well known as the world’s per eminent foundry, contract chip makers, it is 30 times larger than the local rival United Microelectronics Corp. A company that has spent billions on constant upgrade and purchasing of new production equipment and facilities to help them keep pace with their rivals like Intel Corp and Samsung Electronics co but providing for its customers the most advanced technologies in chips and processing.

Chang told reporters during the conference that “When we started, we were creating a new business model. People only recognized how disruptive a business model it was more than a decade later,” Also added he said “When we started out in 1987, no one thought Taiwan could be anything in the semiconductor sector. Now Taiwan is the centre of the semiconductor sector.” and the company is growing as semiconductor demand from China as well as the proliferation of smart devices connected to the internet spell major opportunities ahead for TSMC.  It is building capacity to meet that future demand, especially in the so-called Internet generation and there are more we will do to ensure that the company still keep its pace and remain at the top said by Chang.

TSMC will sure miss Morris Chang after he steps down, but with the announcement he made I guess is time for him to move on and enjoy the sweet company of his family away from suits, brainstorming, files and some signing to do.